A self-described ‘community choreographer,’ Meslin has an ambitious to-do list for an engaged public 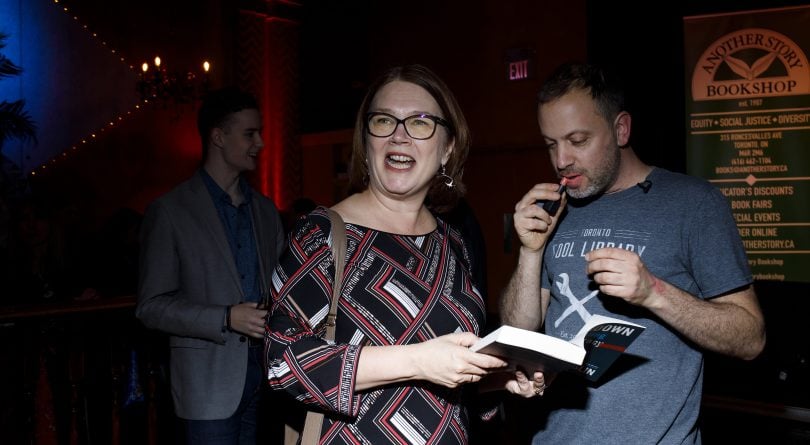 In the 2005 book uTOpia: Towards a New Toronto, a collection of optimistic essays about urbanism, municipal politics and civic engagement, activist Dave Meslin published an imaginary City Hall newsletter dated spring 2019. It included a number of fanciful, hopeful news items, among them an announcement that the city was de-amalgamating more than two decades after having formed a “megacity” with six other municipalities, that it had abolished all commercial billboards and that the federal government was doubling its spending on housing and shelter services across the country.

It is, of course, now 2019, and Meslin’s crystal ball, it seems, was a little foggy. UTOpia was published (and, full disclosure, co-edited by me) when the progressive David Miller was mayor, and sought to capture what seemed—at least to a young, largely white, left-leaning downtown enclave—like a kind of renaissance. Toronto’s cultural scene was flourishing, new bike lanes and transit were being built, forward-thinking green construction standards became law. But a decade and a half since the book came out, it’s fair to say that euphoric moment was a mirage. After Miller came a populist, reactionary deluge: Rob Ford, Donald Trump, Doug Ford. And for all of its progressive priorities, Justin Trudeau’s government has been marred by broken promises on electoral reform, environmental policy and transparency. Our political system, at every level, now feels entirely polarized and dysfunctional.

READ MORE: How Doug Ford could help us get electoral reform

Now one of the country’s most influential and unorthodox political thinkers, Meslin fully agrees, and in his newly published first book, Teardown: Rebuilding Democracy from the Ground Up, he has traded in rosy predictions for a more hard-nosed—and much more useful—analysis. As the title suggests, Meslin believes that our democracy requires a radical overhaul, and that its primary structures—from elementary schools to the electoral system—need to be torn down and rebuilt with an eye toward accessibility, inclusion and participation. A “teardown” means different things to different people, Meslin points out, and the teardown he has in mind is a meticulous surgical operation, one in which we take a long look at the various components of our democratic ecosystem to see which “are salvageable and which are rotten to the core.” While we’re told repeatedly that people are apathetic or cynical, Meslin has a lot more faith in his fellow citizens. The problem, he insists, is with a rigged, hidebound and adversarial political system, one that feeds and exploits our worst instincts and has left people all across the political spectrum disillusioned and disengaged. “I’m calling for a revolution against our own cynicism and against a spiritually carcinogenic system that has crushed our voice,” he writes.

Meslin is a slight, somewhat scruffy 44-year-old who manages to be both boyish and authoritative. When we met one morning in early May, at the west-end Toronto café where he wrote most of the book, he was already at a corner table, laptop open, in the midst of another meeting or having coffee with a friend—the two categories routinely blur for him. Born and raised in Toronto, Meslin was at the centre of the aforementioned renaissance, a famously tireless and creative community organizer known to friends as “Mez.” He was, and is, very good at connecting disparate groups of people, getting them excited about ideas, both tiny ones and big-picture ones, and then mobilizing those same people to make those ideas a reality. Focusing on, in his words, “bikes, billboards and ballots,” he founded the Toronto Public Space Committee (which, among other things, launched Spacing magazine and lobbied to remove illegal commercial billboards and street furniture); started Cycle Toronto, a cycling advocacy group that successfully expanded bike lanes in the city; and, more recently, led a multi-year, cross-country campaign to replace our first-past-the-post electoral system with ranked ballots. Last fall, London, Ont., became the first municipality to adopt the new system, and Kingston, Ont., will follow suit in its 2022 election. On his business card, Meslin describes himself as a “community choreographer.” Not surprisingly, he’s a hugger.

RELATED: Political decision-making is speeding up, and that’s bad for democracy

Meslin’s CV makes him sound like a typical lefty, but he prefers to think of himself as “transpartisan.” He’s worked as an assistant to former Toronto city councillor Joe Mihevc but also collaborated with Conservative MP Michael Chong on the latter’s Reform Act member’s bill. He volunteered on an NDP campaign in his mid-20s, but its single-minded focus on getting out the vote—“a scam of the largest proportions,” Meslin writes—soured him on partisan campaigns forever. In Ontario’s last election, he joined each party only so he could compare, wryly, the campaign literature that each sent him. On election day, he declined his ballot.

In 2010, Meslin was invited to give a TED Talk about how activists can make a difference. He refused. He was at the point, he says, where the last thing he thought we needed was more cheerleading. He proposed instead a somewhat more radical idea. He wouldn’t talk about how people can make a difference, but about how they actually can’t—and how to change that. “The last 10 years have been me trying to convince people that the most optimistic thing we can do right now is say the entire system is broken,” he says. “And that is optimistic as long as you provide a road map for change.” The resulting talk, “The Antidote to Apathy,” went viral (it’s since been viewed almost two million times), and reoriented Meslin’s work. He wasn’t going to just run, as he puts it, “little campaigns,” but rather “help create a culture of participation.” 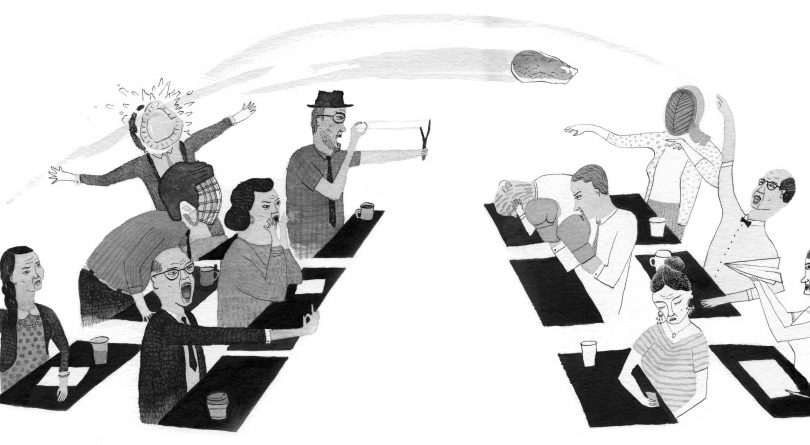 “The Antidote to Apathy” morphed into a book, a memoir of sorts called S. No one would publish it, so Meslin reframed it as a guide to the exact kind of change he thought necessary. That book, One Hundred Remedies for a Broken Democracy, was honed and condensed, and several titles later became Teardown. The final book is shorter, but the 100 remedies still remain, more or less, and they’re at once common sense and counterintuitive, thoroughly rational advice for our thoroughly irrational political moment. Think lobbyists have too much influence in government? Meslin thinks there should be more lobbying—by average citizens and community groups, specifically—and those amateur lobbyists should be educated and subsidized by government. Think question period is useless, embarrassing political theatre? Try randomizing parliamentary seating arrangements: members of different parties might be more inclined to co-operate if they’re not already formed into opposing teams. Think kids don’t care enough about civic education? Well, first of all, stop calling it “civics”; something like “shaping the world” or “power” would better resonate and compel young people. Oh, and let them start voting at 16. “You don’t stop innovating the most important institutions in our lives,” he says. “You don’t. You can’t.”

Like a lot of Meslin’s campaigns, the book is playful, approachable and persuasive, its friendly tone less Rules for Radicals than All I Really Need to Know I Learned in Kindergarten. If there’s one thing that Meslin’s 20-year activist career has taught him, it’s that politics is not that complicated—it’s in politicians’ interests, however, to make it seem so. He relentlessly demystifies procedural and legislative arcana, and routinely addresses the reader, at times gently encouraging, at other times hectoring. The point he makes, over and over, is that we’re all activists at heart, but also that you don’t have to be an activist to help make change.

For someone who doesn’t consider himself a natural writer, producing the book was difficult. It took Meslin about six years to write. He didn’t drink coffee before he started writing it; now he does. To counter the solitude, he says, he went on antidepressants. He’s about $30,000 in debt. But more than anything, with Teardown now finished, he’s simply eager to start putting its ideas into practice. “For me, this is now a to-do list,” he says, smiling and tapping the book’s cover. “I want to bring this to life. I don’t just want to write about change and then go fishing. Twenty years from now, I want to look back and have all these remedies checked off.”

This article appears in print in the July 2019 issue of Maclean’s magazine with the headline, “Revamping politics.” Subscribe to the monthly print magazine here.

FILED UNDER: Dave Meslin Editor's Picks Teardown: Rebuilding Democracy from the Ground Up