Emmett Macfarlane on what today's ruling means for the Conservatives, NDP and Liberals (and the country) 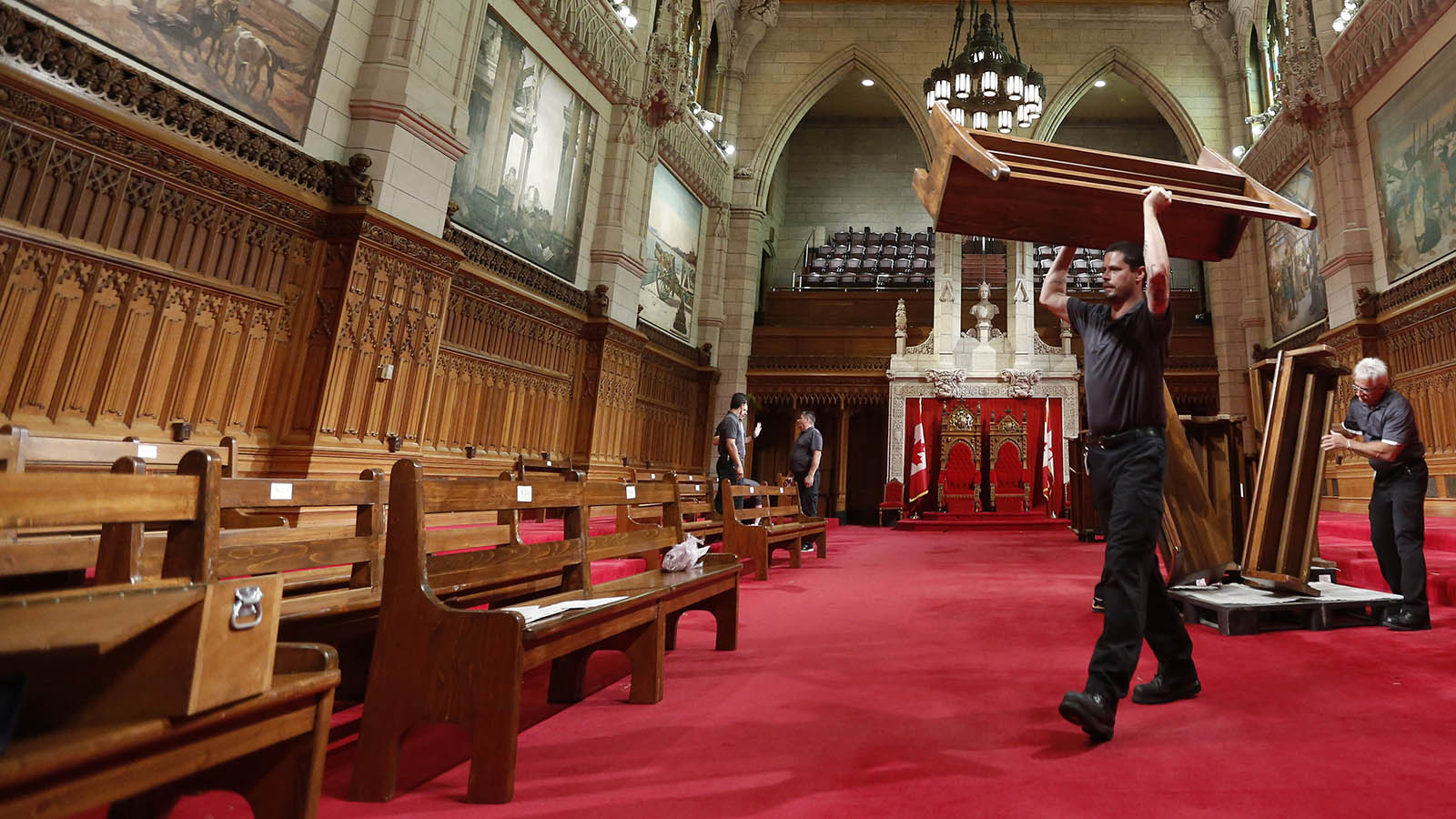 That terrible screeching noise you heard this morning were the wheels of Senate reform in Canada grinding to a halt.

That might sound critical of the Supreme Court’s reference opinion, but in truth there is nothing surprising in the judges’ ruling today, rooted as it is in the constitutional amending formula we have instead of the one the federal government (and others) might wish we have. The Court has mandated that substantial provincial input is required for the two key elements of the Harper government’s reform agenda, consultative elections and term limits, and has correctly noted that unanimity is required in order to abolish the upper chamber.

Fundamentally, this decision was about who gets to write the rules to the game—the game, in this case, being democracy and government. The Court needed to find the right balance with respect to the amending formula: reading them too narrowly might let the federal government make changes unilaterally in cases where the provinces should have substantial input; reading them too broadly risks making it too difficult to change the Constitution even when there is a pressing need to do so.

In one sense, the Court’s decision is a triumph for federalism and for the principle that provinces are co-equal partners in Confederation: any constitutional changes that have implications for them requires the consent of at least two-thirds of their legislatures, representing at least 50 per cent of the Canadian population, and in some cases unanimity.

In another sense, today’s ruling may help to cement Canada’s troubling constitutional stasis. Where the general amending formula—the 7/50 rule described above—is required for any changes to the “powers” of the Senate and “the method of selecting Senators,” section 44 grants the federal Parliament exclusive power to amend the Constitution in relation to the Senate generally. The Court determined that section 44 is “limited,” and constitutes a mere exception to the general rule that allows Parliament to “maintain or change the Senate without altering its fundamental nature and role.”

Short term limits would undoubtedly change the fundamental nature of the Senate, by altering the extent to which senators exercise their independence and how they approach their basic role. But the Court explicitly acknowledges that longer term limits might not have this impact:

It may be possible, as the Attorney General of Canada suggests, to devise a fixed term so lengthy that it provides a security of tenure functionally equivalent to that provided by life tenure. However, it is difficult to objectively identify the precise term duration that guarantees an equivalent degree of security of tenure (para. 81).

In other words, the Court was unwilling to engage in a line-drawing exercise (the sort of one, it must be noted, in which it routinely engages) in order to provide Parliament with the leeway to implement reform on its own. Nor do the judges bother to elaborate on why the imposition of mandatory retirement for senators without provincial input was permissible but a lengthy term limit is not, beyond vague reference to the “professional life” of a senator.

This is arguably the weakest part of the Court’s opinion, and its effect is to reduce Parliament’s role under section 44 of the amending formula to virtual obsolescence.

The federal government was on much shakier ground in its assertion that advisory elections did not constitute a change to the method of appointing senators. The argument centred on the notion the prime minister still retained discretion to refuse to appoint an “elected” senator, but the judges gave short shrift to that line of reasoning: “It is true that, in theory, prime ministers could ignore the election results and rarely, or indeed never, recommend to the Governor General the winners of the consultative elections. However, the purpose of the [proposed reform] is clear: to bring about a Senate with a popular mandate” (para. 62).

The Court also noted that the “framers sought to endow the Senate with independence from the electoral process to which members of the House of Commons were subject, in order to remove senators from a partisan political arena that required unremitting consideration of short-term political objectives” (para. 57). In effect, consultative elections would create a second House of Commons, a rival to the lower house that would significantly change the way Parliament functions.

What are the implications of this for future Senate reform, and for the government? Simply put, if the Harper government wants to proceed with Senate elections or the imposition of term limits, it must gain the approval of at least seven of the provinces. The prime minister has not shown any interest in intergovernmental negotiations, especially as it pertains to the Constitution. Some of the provinces, particularly Quebec, are unlikely to sit down to “open” the Constitution without placing other issues on the table – and few who were around for the constitutional rounds of Meech and Charlottetown have much of an appetite for such a process.

The Court’s ruling also splashes some cold water the NDP’s way. In the least surprising part of its decision, the Court has made it clear that abolition would require the unanimous consent of the provinces and the federal government.

The NDP’s long-standing position has been that the Senate should be abolished, but the party has not always recognized the practical difficulties of doing so. It has even proposed to simply stop funding the Senate, something which, absent constitutional amendment, would ultimately make it impossible for Parliament to function.

The Court’s opinion should force the NDP to finally confront reality. The party will need to articulate something resembling a clear—and constitutional—plan if it is to pursue abolition.

Much less clear is what alternative changes might be made to the process of appointing senators without requiring formal constitutional amendment. The prime minister retains discretion to appoint who he sees fit, and is presumably free to consult with whomever he wishes before doing so. The Court explicitly refused to “speculate on the full range of possible changes to the Senate” (para. 4).

Liberal Leader Justin Trudeau has proposed changing the culture of appointments to make them less partisan. One suggestion was an advisory committee that might produce names for the prime minister to select from. But it is unclear whether this would constitute a formal change in the method of selection. The Court placed great emphasis on the electoral nature of Harper’s reform proposals as being something that would both change how the Senate works and effectively bind the prime minister’s discretion in selection.

It remains to be seen whether other, less formal changes could be said to have the same impact, but we are left with the potentially absurd state of affairs that a prime minister is free to consult a group of elites or advisers – even behind closed doors – but is not free to consult the people directly when deciding whom to appoint to the Senate. In this case, it may not be an absurdity of the Court’s making, but of the Constitution’s.

Emmett Macfarlane is an assistant professor of political science at the University of Waterloo. His book, Governing from the Bench: The Supreme Court of Canada and the Judicial Role is published by UBC Press.