Why is Yves-François Blanchet relaxing?

Election Image of the Day: The Bloc leader is having trouble moving the ball down the field, and it's almost halftime 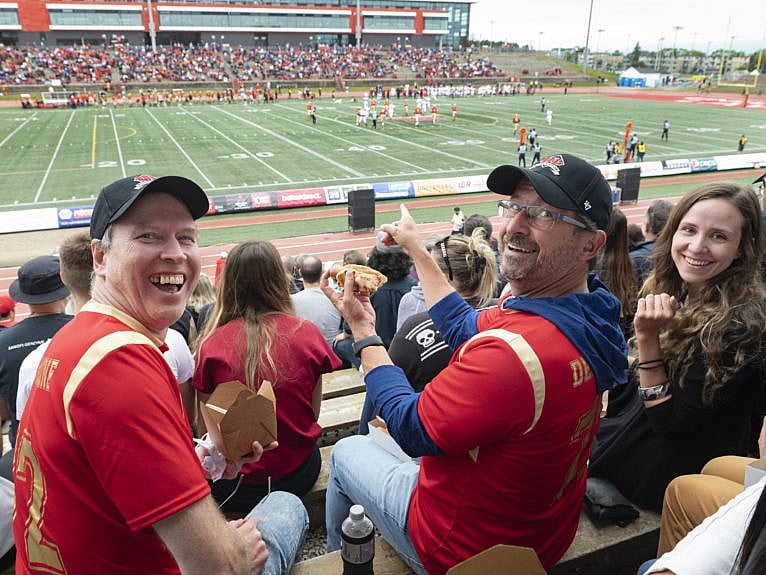 Hanging out at a Laval University football match on a Sunday in late August, enjoying a hot dog beside fellow Bloc Québécois candidates Marc Dean and Marie-Christine Richard, party leader Yves-François Blanchet looks like he’s got a lot to celebrate. But maybe he’s just avoiding his problems: chiefly, that his party, if current polling holds, could lose as many as a third of their seats on election day. In the 2019 election, Blanchet revived a dying Bloc, overcoming the NDP to return to third-party status in Parliament, with 32 seats. But the news in 2021 isn’t so sunny. Recent projections suggest the Bloc stands to lose as many as 10 seats, largely squeezed out by the Liberals, whose odds at salvaging a minority government—their former strongholds in Ontario and the Maritimes are slipping away—hinge on nabbing as many Quebec ridings as possible. Meanwhile, Maclean’s pollster Philippe J. Fournier notes that Erin O’Toole’s national rise is liable to scoop up some right-of-centre older voters in and around Quebec City. Add a popular nationalist provincial government led by Premier François Legault and, suddenly, propping up the BQ may not seem so urgent to Quebeckers. La belle province is usually closely watched as a vote-rich battleground that swings the election, and this year, that may wind up more true than ever.