For the Tories, Peter MacKay is more than just a face in the crowd 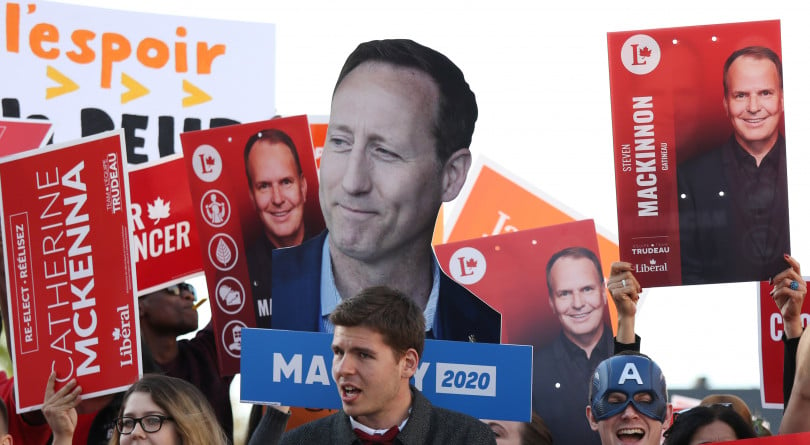 The Liberals and Conservatives remain neck-and-neck in this race to a possible minority government, but if you ask around, some party insiders are already planning ahead. According to the Globe and Mail, some Tories are looking at who’s going to replace leader Andrew Scheer—more than a week before Canadians even vote. The paper’s main source was John Capobianco, a longtime party insider and senior vice-president at a public relations and marketing agency. MacKay, a former cabinet minister who retired from politics in 2015, told reporters that “not a soul” has approached him about the issue. Capobianco himself walked back his comments on Twitter, saying he “mistakenly speculated” about MacKay’s bid. But the man works at a PR firm—could he seriously fumble so badly when talking to a reporter at one of Canada’s biggest newspapers? Is this whole thing a long-game ploy? Regardless, the Liberals are loving the strife. Outside this week’s French-language debate, a master troll among was photographed celebrating the idea with a giant cut-out of MacKay’s face and the caption “MacKay 2020.” The joke may be on the troll, though: if MacKay actually did run, he might have a decent shot at beating Trudeau.