Anne Kingston: Wednesday's hearing will require that Trudeau's former principal secretary find a high road heretofore untravelled by the government in its response to the SNC-Lavalin crisis 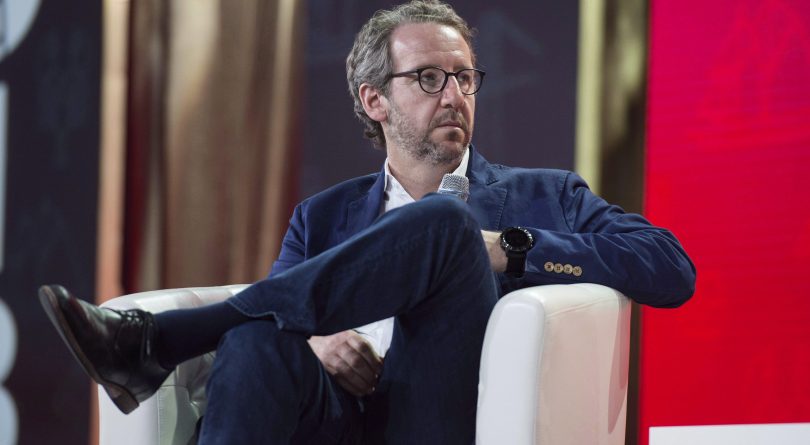 Gerald Butts’s appearance before the House of Commons justice committee might have seemed like a good idea, even a heroic salvage mission, when he wrote a letter to its chair requesting to appear after Jody Wilson-Raybould’s damning, measured testimony last week. It’s a mark of the tectonic daily shifts in the ethics scandal engulfing the Trudeau government that the stakes have risen over the past 24 hours to the point it could backfire, and badly, on the government.

The task Justin Trudeau’s former principal secretary and close friend faces is basic, yet gigantic. He must mitigate the fallout for the government that was suddenly and devastatingly amplified by Jane Philpott’s surprise resignation on principle from cabinet on Monday. (The Prime Minister cancelled an appearance in Regina on Tuesday to return to Ottawa for “private meetings,” which no doubt included discussion of the testimony to be given by both Butts and Privy Council clerk Michael Wernick before the justice committee Wednesday.) Butts must convince the committee, and the Canadian public, that there were no inappropriate partisan measures taken to deliver a deferred prosecution agreement (DPA) to the Montreal-based construction giant SNC-Lavalin that would allow it to avoid criminal prosecution on bribery and fraud charges. He must provide receipts that Trudeau and his political staff did not violate the constitutional independence of the Crown’s chief law officer. He must undermine Wilson-Raybould’s credibility and that of her former chief of staff, Jessica Prince, the author of damning text messages, without smearing them. And that will require a man known to be intellectually agile and also adversarial to find a high road heretofore untravelled by the government in its response.

Butts’s letter to the justice committee chair promised illumination: “I believe my testimony will be of assistance to the (committee) in its consideration of these matters.” He’d also hoped to be “able to produce relevant documents to the committee,” he wrote. This suggests he has evidence to counter Wilson-Raybould’s serious charge, backed by detailed notes and texts, that she incurred sustained, partisan pressure from the PMO and others over four months, including “veiled threats,” to interfere in a criminal prosecution. Just how one proves pressure or intimidation didn’t happen is tricky, a task better suited to philosophers than the justice committee. (Weighing on Butts’s side is the fact that, though Wilson-Raybould confronted both Trudeau and Butts when she experienced what she felt to be inappropriate pressure, she didn’t file a formal complaint with either the RCMP or ethics commissioner.)

As one of the architects of Justin Trudeau’s political rise and PMO strategy, Butts is widely viewed as the PM’s proxy. But after Philpott’s stated non-confidence in the government and support of Wilson-Raybould, a Trudeau hologram appears, well, hollow. Butts’s presence also serves as a reminder that the Prime Minister himself has not offered a coherent, detailed accounting. Trudeau’s responses since allegations that the PMO inappropriately interfered in prosecutorial independence first appeared in a Feb. 7 Globe and Mail story have vacillated. First, there was complete denial. Then, support for an SNC-Lavalin DPA was deflected as consistent with the government’s concern for the middle class and those aspiring to join it—”We are always going to stand up for good jobs, create good jobs and defend Canadians’ interests,” Trudeau said. Throughout, there has been categorical denial of any wrongdoing: “I and my staff always acted appropriately and professionally,” Trudeau said. Butts’s surprise resignation letter of Feb. 18 cleaved to that script: “I categorically deny the accusation that I or anyone else in [the Prime Minister’s] office pressured Ms. Wilson-Raybould,” he wrote. “We honoured the unique role of the Attorney General.”

Wilson-Raybould’s account of sustained pressure in the form of 10 meetings and 10 phone calls among 11 people over four months provided a different story, one in which “the unique role of the Attorney General” was both ignored and trampled upon. Butts featured directly in two of those meetings. At a Dec. 5 meeting they “had both sought out,” Wilson-Raybould said she wanted to speak about a number of things, “including bringing up SNC and the barrage of people hounding me and my staff.” She told the justice committee that she’d decided not to overrule the director of public prosecution’s decision by Sept. 17 and that “the engagements were inappropriate.” She quoted Butts: “We need a solution on the SNC stuff. He said I needed to find a solution,” the word “solution” being code for delivering SNC-Lavalin a DPA. She said she told him no. Butts said he didn’t like the law that had been enshrined when Stephen Harper was PM. “I said something like, ‘That is the law we have.’ ” She also told Butts she’d given Wernick “the only appropriate solution that could have happened.” That was for her to pass on a letter from SNC-Lavalin (unread by her) to the director of public prosecutions, an offer not taken up.

Butts will also likely provide his version of a second meeting, on Dec. 18, one in which Wilson-Raybould said her chief of staff, Jessica Prince, had been “urgently summoned” by Butts and Katie Telford, Trudeau’s chief of staff. Pressure was exerted to find a “solution,” Wilson-Raybould said, citing Prince’s texts to her about the meeting that quoted Butts:  “Gerry said ‘Jess, there is no solution here that doesn’t involve some interference.’ ” She also detailed Butts and Telford offering “cover” for a change in decision, including suggesting Wilson-Raybould retain an ex-Supreme Court justice for advice, and Telford offering to “line up all kinds of people to write op-eds saying that what she is doing is proper.”

Of course, Butts could deny saying those exact words. More likely, he could suggest Prince misread or mischaracterized the meeting, a claim he could also levy against the former AG in terms of the larger picture. That was the response Trudeau offered hours after Wilson-Raybould’s testimony: “I completely disagree with the characterization of the former AG about these events,”  the PM said, without offering any further detail. In other words, he didn’t reject the facts themselves, but rather her interpretation of them. A Hill Times column by former Liberal MP and cabinet minister Sheila Copps this week provided similar defence lines. Copps slammed the former justice minister and AG for having “little understanding of her role as the part of a team in government,” and that “ministers are supposed to hear colleagues out and are duty bound to consider their opinions.” That said, decisions of the AG are independent of cabinet, one of the arguments for bifurcating the role of justice minister and attorney general.

READ MORE: The SNC-Lavalin scandal is proof our system of government is working. Seriously.

Based on the short history of this scandal, anything could happen. Based on his resignation letter, Butts may well frame the one-month scandal as an overblown distraction interfering with the government’s important work, which includes addressing climate change. He may summon sympathy, given the unconscionable media harassment his family was subjected to. What is more likely is that just as Wilson-Raybould’s testimony provided a glimpse into political machinations, so too will Butts. Certainly there’s much in need of illumination, including Wilson-Raybould’s replacement in the form of Montreal MP David Lametti, who has said of the DPA that “no decision is ever final.” The questions write themselves: What was Butts’s familiarity with the Shawcross principle? What was the nature of the PMO’s interaction with SNC-Lavalin? Why did Butts resign if there was no wrongdoing? Why was Wilson-Raybould precluded from testifying about conversations that took place while she was veterans affairs minister or pertaining to her resignation from cabinet? Why can’t that black box be opened? And the biggest question of all: How will Gerry Butts, the man behind Justin Trudeau, manage to play both defence and offence?