Gregor Robertson, his pop-star girlfriend and a corruption trial 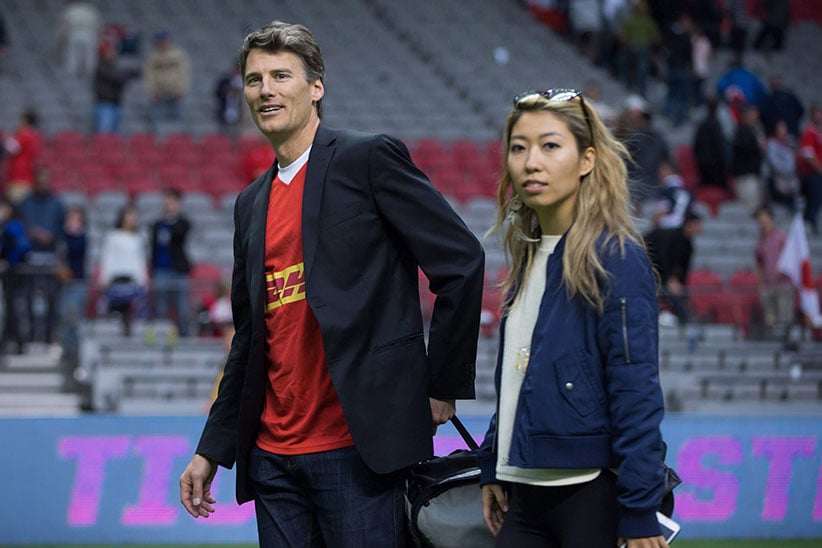 Until recently, Vancouver mayor Gregor Robertson has managed to mostly evade media focus on his relationship with Wanting Qu, a Chinese pop star two decades his junior. Robertson’s separation from his wife of 30 years was announced just before the 2014 election. Three months after election day, Robertson and Qu, whom he’d reportedly met when she was Tourism Vancouver’s “Ambassador to China” in 2013, issued matching Valentine’s messages on Weibo (the Chinese equivalent of Twitter), proclaiming their love.

“Happy Valentines Day sweetheart! I’m so lucky you fill my life with love and happiness. Thanks for making my family happy too!,” the mayor, 51, wrote, confirming speculation about the relationship. Qu, 32, responded: “Thank you for loving me Gregor. Ps. U r a lucky man! Happy Valentines to all!”

Apart from the occasional photo-heavy online story featuring selfies and Instagram videos of the mayor and Qu, a minor celebrity in her native China, their romance was largely ignored. That changed with news last week that Qu’s mother, Qu Zhang Mingjie, 60, a former official in the northern Heilongjiang province, may face execution for graft. Zhang’s two-day trial, on charges of embezzling $69 million, and bribery and abuse of power for her role in a 2009 transfer of state land, ended July 20. She pleaded not guilty and her lawyer argued the case was built on an illegally obtained confession. 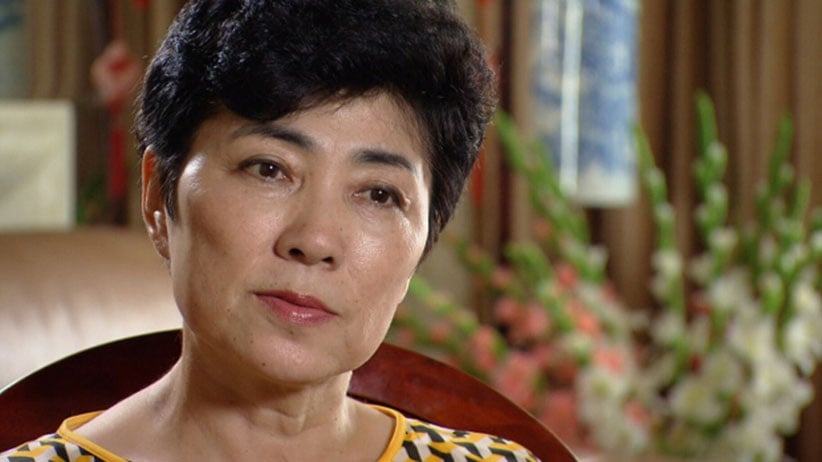 A guilty verdict, however, is almost assured; China’s criminal conviction rate tops 99 per cent. Prosecutors are seeking the death penalty, which is undertaken when the accused refuses to show remorse or contrition, says Yves Tiberghien, director of the Institute for Asian Studies at UBC.

Zhang, once described by her daughter as a workaholic, raised Qu, her only child, in the northern rustbelt province bordering Russia. When she was 16, Qu was sent to boarding school in Canada, first in Ontario, then British Columbia. Zhang, the former deputy director of the Harbin Municipal Development and Reform Commission, wanted her daughter to learn English, then earn a master’s degree in business, before returning to Harbin. But Qu rebelled. After withdrawing from Simon Fraser University in 2005, she used tuition money to fund the purchase of an electric piano, straining an already difficult relationship with her mother. Four years later, she became the first Chinese artist signed to Nettwerk, a Vancouver-based record label.

Qu has said she and her mom had managed to patch things up. On Zhang’s birthday last spring, shortly after charges against her were made public, Qu took to Instagram: “No one can replace her in my heart. I must admit I feel regretful for not being in her life for the past 15 years. I also feel somewhat resentful towards her for not being in mine since I was a teen. But over the years, she’s forgiven me because she’s found pride and joy in my success in life. And I’ve forgiven her because I’ve grown to understand fully that no one is perfect.”

Zhang was arrested as part of Chinese president Xi Jinping’s campaign against corruption; in the last year 300,000 officials have been punished, according to the Communist Party’s official graft watchdog, the Central Commission for Discipline Inspection. Xi claims he’s taking on both “tigers and flies”—top officials and low-level bureaucrats. Some have managed to skirt prosecution by leaving China. Last year, Beijing announced that 26 of China’s 100 most wanted fugitives for economic crimes were in Canada, reportedly the world’s second-largest haven for corrupt Chinese officials, after the U.S. But whether they are being targeted primarily for graft or in an effort to shore up support for the Communist Party is far from clear.

Last month, Qu released the single Your Girl, and alluded to her mother in a statement released by Nettwerk: “Though I haven’t been able to talk to her, feel her or reach her in any way in the last two years, I know deep down in my heart, there’s a place that’s warm like the sun and bright like the moon . . . I hope she can hear the song and it gives her love and strength.”

In China, comments Qu made last year calling her mother her childhood hero, have incensed many who have taken her words to mean that the singer is overlooking the fact that her mother may have been involved in corruption, says Tiberghien. “There is a lot of anger over corruption right now in China, where young people are having a much harder time getting access to property,” he notes.

Robertson is not commenting on the case, nor is Qu, except on social media. “Woke up sobbing,” she wrote recently on Facebook. “She died in my dream. So real… My reality in the last 653 days has been a never-ending nightmare.”