Here are your action figures for federal election 2021

Election Image of the Day: The leaders' stances in the official photo for Thursday's French-language debate weirdly reflect their campaign personae 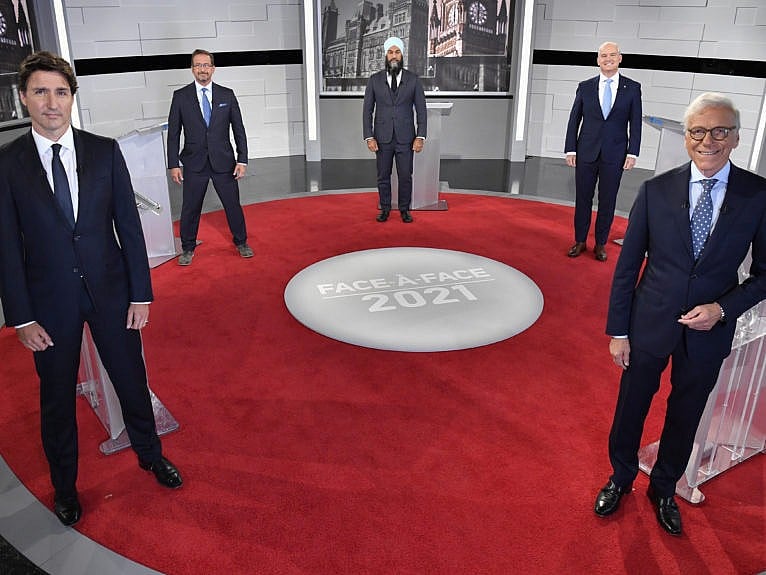 When carving out a campaign personality, it helps to pin down body language. How should you stand? Walk? Smile? How fast do you talk? How much do you use your hands? These are important questions if you’re engaging in a televised debate. But they don’t translate well when someone takes an awkwardly high-angle group photo of five socially distanced men. From Yves-François Blanchet’s bizarre action-figure power pose to Erin O’Toole’s toothy grin, there’s plenty to meme-ify in this group of dudes who look like they’ve been ripped from the character-select screen of a video game about office management. Ultimately, their poses reflect their attitudes during the French-language debate held on Sept. 2. Blanchet was staunch and confrontational; Justin Trudeau was over-confident—manic, really—in attacking O’Toole (likely to outflank him in French); O’Toole played a reserved defence (perhaps to hide his relatively weak French); Jagmeet Singh just tried to seem competent, approachable and worthy of winning more than the one seat the NDP currently has in Quebec. Who won? Who lost? Who looks goofy? Who looks prime ministerial? It’s up to you: choose your fighter.