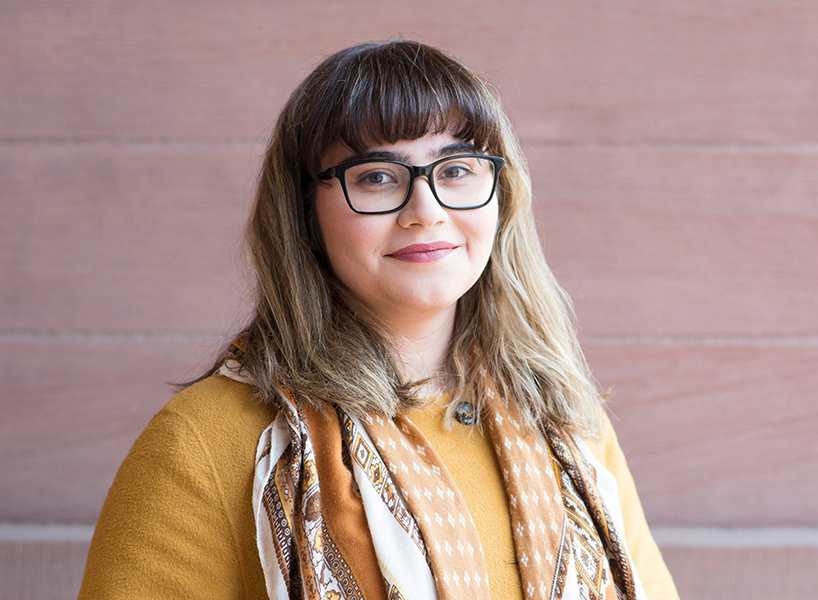 Young Women’s Leadership Network founder Arezoo Najibzadeh. “It’s especially hard for young women because we don’t have the socio-political capital to fall back on, we’re easily replaceable,” she says.

Late on Wednesday night, news broke about sexual misconduct allegations against Ontario Progressive Conservative leader Patrick Brown. Though Brown publicly denied the allegations at an emergency press conference, in the early hours of Thursday morning, he announced his resignation as party leader.

When Arezoo Najibzadeh—a 22-year-old advocate for women in politics—heard about the allegations against Brown, her reaction was simply: “It’s about time.”

“These things aren’t a surprise to me,” she says. “I hear from women who experience sexual violence in politics or at the hands of folks in politics on a weekly basis.” In fact, Najibzadeh wrote about how everyday acts of sexual violence are all too common in Canadian politics in a Huffpost story that was published nearly a year ago.

Najibzadeh is the co-founder of the Young Women’s Leadership Network, an organization which seeks to encourage and enable women to lead in their communities and in politics. Her work also focuses on the intersection between sexual violence and women’s civic engagement—something she has personally experienced. The Ryerson student, who is studying equity and diversity, is a former volunteer for the Liberal party, as well as other Canadian political parties, and is a sexual violence survivor. She says that within Canadian politics, there is a culture of silence that keeps stories like these from getting out.

“It’s especially hard for young women because we don’t have the socio-political capital to fall back on, we’re easily replaceable,” she says.

Both women accusing Brown of sexual misconduct spoke to CTV News about the allegations. One was in high school when she says Brown gave her alcohol and then asked her to perform oral sex on him. The other woman was in university and working for Brown in his Barrie constituency office when she says he assaulted her after a party. Both alleged incidents took place in Brown’s home. Brown denied all allegations and though he stepped down as the leader of the Ontario PCs, he released a statement saying he would “remain on as a MPP while I definitively clear my name from these false allegations.”

The Canadian government is being led by a prime minister who is a self-described feminist—and who capitalizes off that title—yet sexual harassment is still prominent. In a recent Canadian Press survey of female members of parliament, more than half of the respondents reported personally experiencing sexual misconduct—such as inappropriate or unwanted remarks, gestures or texts of a sexual nature—during their time in office. Three MPs said that they were victims of sexual assault and four said they experienced sexual harassment, which the survey defined as insistent and repeated sexual advances.

These stats are particularly poignant given that only hours before CTV News broke the allegations against Brown, Jamie Baillie resigned as Nova Scotia PC leader amid “allegations of inappropriate behaviour.”And allegations against Kent Hehr, Canada’s sport minister, have also surfaced on social media today, with multiple women accusing him of sexual misconduct, including sexually suggestive comments and female staff being warned to avoid being in an elevator with him in his Alberta ministry, and also to stay away from him if he has been drinking.

While allegations against Brown, Baillie and Hehr have yet to be proven, this whisper network signifies a broken system that protects problematic politicians, rather than their victims. Najibzadeh says that in addition to creating better policies that protect all levels of employees in Canadian politics from sexual harassment and assault, those within government need to speak out. Numerous responses on social media have also called Brown’s actions an “open secret”—which is a major part of the problem, says Najibzadeh. “My issue is mainly with those who are complicit in these situations,” she says.

The many people in my feed acting like this Patrick Brown thing was an open secret seems... Significant.

#PatrickBrown's key staffers all quit last night when he doubled down on fighting allegations. They're being hailed as heroes having done the right thing. But. What did they know? Seems MANY ppl knew about Brown, how could they not?

“All I want is for our leaders and women with socio-political capital to stand up for survivors and for each other,” says Najibzadeh. “We can’t encourage women to run for office if we aren’t willing to create spaces in which they can thrive.”

National Post’s Parliament Hill reporter Brian Platt tweeted that multiple news organizations have been investigating Brown for months, insinuating that these allegations will likely only be the beginning. With #MeToo and Time’s Up dominating headlines and multiple powerful figures in a variety of industries being called out for sexual misconduct, Najibzadeh says that it in some ways, it has become easier for women to speak out about their experiences in Canadian politics.

I don't even know what to do with this. If we start talking about harassment in politics - people, brace yourselves. You are in for a hell of a ride.

However, she doesn’t feel that the allegations against Brown will be a watershed moment.

“There have been silence breakers in the past, but the Hill is like a monster,” she says. “It takes more than a few folks to wake it up and tame it.”

This article originally appeared at Flare.