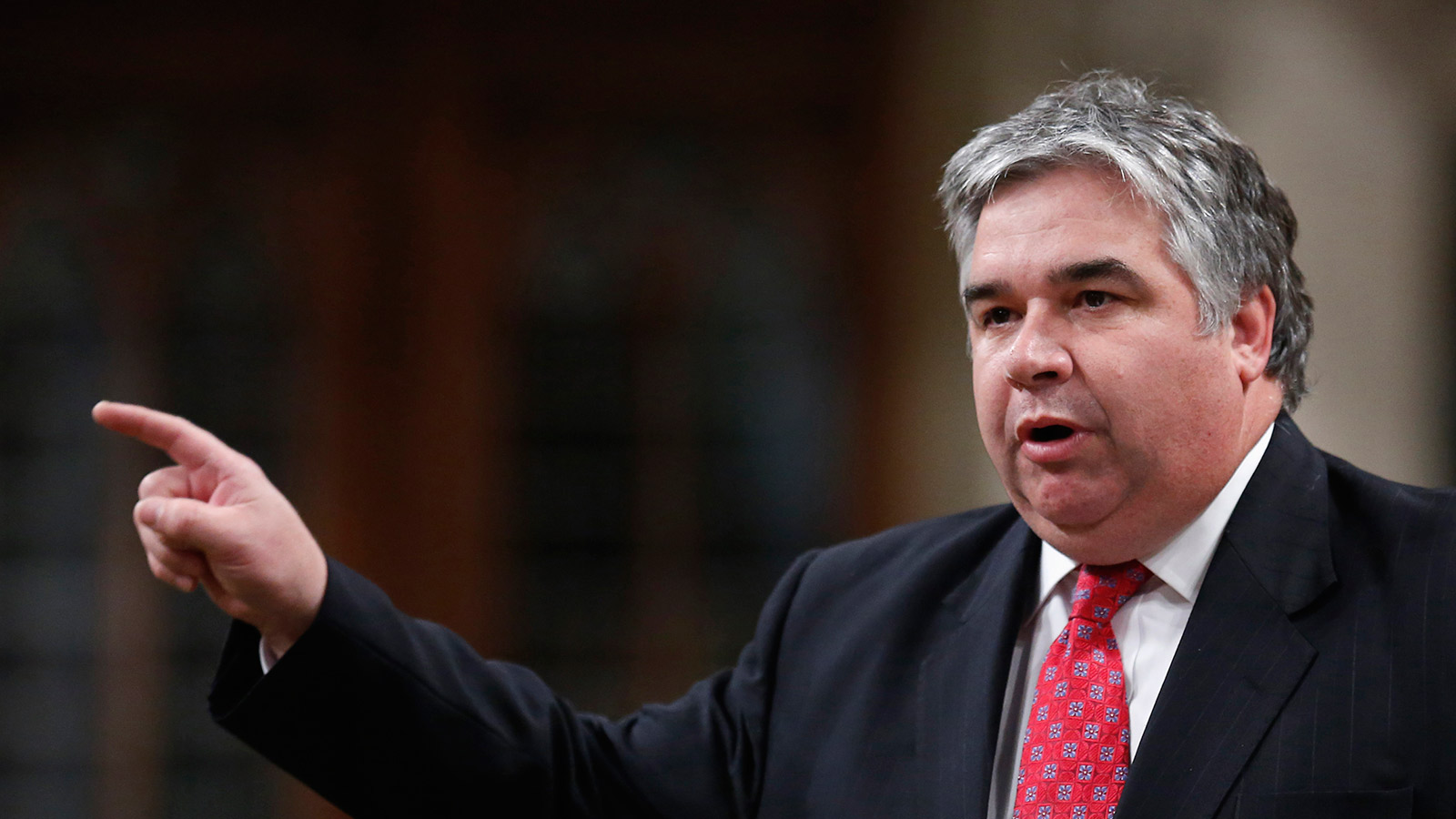 Late last week, Liberal MP Geoff Regan stood in the House of Commons and asked for peace in our time. Or at least peace during the few minutes of time set aside each Thursday for discussion of the legislative agenda. “Mr. Speaker, you will recall, of course, that traditionally the Thursday question and the answer to the Thursday question was a rather brief affair and not a debate,” Regan said. “I would appeal to you, sir, to bring us back to that time.”

Most Canadians have likely never heard of the Thursday question. Possibly that’s the way it should be. Officially known as the “weekly business statement,” it came into existence in September 1968, when it was decided that each Thursday a minister—currently the government House leader—would stand and inform the House of the bills the government planned to call during the ensuing week. At some point, the statement came to be preceded by a question from the House leader of the official Opposition.

But now what could be a rather pro forma exercise—noted only by those who have some interest in the schedule of debate for the week ahead—is often instead an opportunity for the official Opposition and the government to air their grievances and remind whatever small audience is watching of how disappointed they are in each other. “It’s juvenile,” laments one Conservative MP. Adds Liberal MP Rodger Cuzner: “It is the biggest waste of time in a lake of wasted time.”

This past week, the question from the Opposition house leader required 364 words as the NDP’s Peter Julian lectured the government on what he saw as shameful disinterest in the legislative process. The response, from government House leader Peter Van Loan, measured 1,530 words in length as Van Loan rebutted Julian’s complaints and expounded on the good progress of government legislation. “It is clear that our approach is working,” he said, accusing the NDP of needlessly delaying legislation. “We are getting things done in the House of Commons and delivering results for Canadians.”

Twenty years earlier, the exchange of June 2, 1994, required a total of 283 words. Bloc Québécois House leader Michel Gauthier needed but a single sentence to fulfill his role. “Mr. Speaker,” Gauthier explained. “I would like the leader of the government in the House to inform us of the order of business for the next few days.” In response, government House leader Herb Gray merely explained his plans for the next week. Gauthier asked the same basic question the following week and the famously boring Gray managed to brief the House in fewer than 700 words. On neither day did Gray offer any comment on the quality of his side’s legislation or the shortcomings of the other parties.

A skim through Hansard shows it’s not always been so simple—sometimes the statement would be followed by a longer exchange, partisan jabs or complaints might be included—but what could be a relatively dry discussion of procedure and timing has slowly evolved into a semi-official moment to vent one’s partisan spleen. “While some might think it a good idea that the government’s agenda be described in a dull and boring fashion, there is no harm to Canadians or the institution in having that agenda described in a lively and more engaging fashion,” says Van Loan. From Julian’s perspective, the NDP is merely responding in kind. “I think the Conservatives have been trying to score points with the Thursday question,” he says, “and so gradually what we’ve been doing, as official Opposition, is pointing out the contradictions in the government’s legislative agenda and pointing out other relevant things that have occurred in the past week.”

After becoming House leader for the first time in 2007 (his second term began in 2011), Van Loan began to style certain theme weeks for the legislative agenda—“effective economic leadership” week, for example—while taking time to expound on the quality of the government’s bills or his problems with the other side. Liberal MP Ralph Goodale’s multi-part queries seemed to sometimes annoy Jay Hill, the House leader from 2008-10. And twice, in 2010, Peter Milliken, Speaker Andrew Scheer’s predecessor, interjected to suggest the House leaders restrain themselves.

When the Conservatives formed a majority government in 2011, their use of time allocation and omnibus legislation gave the NDP something to complain about. In the ensuing years, Van Loan used his weekly statement to criticize the NDP’s environmental policies and attack Justin Trudeau. “The House endorsed a plan that sees our government on track to balance the budget next year, all the while keeping taxes low and protecting the programs and services upon which Canadians rely,” Van Loan enthused on Feb. 27, proceeding to mock the Liberal leader. One Thursday last month, Julian’s question was, “What will the Conservatives do next week to start restoring the confidence of Canadians that has been sorely lost by the amount of botched legislation we have seen coming from the government?”

There is something here of the permanent campaign, the idea of a never-ending election that has taken hold in Ottawa. “Every tool at one’s disposal to draw distinction between you and your opponent is now being used,” says Brad Lavigne, a former adviser to Jack Layton. “This is a game of centimetres.” There is, of course, something to be said for partisanship, not least because it is foundational to our federal system. But there is also something here that seems a bit insane—an innocuous exchange of information turned into a competition of rants, not likely seen nor heard by much of anyone.

After Geoff Regan had wondered if we should return to a simpler time, Scheer stood and was moved to agree. “Although many things might be said to each other, maybe carrying over from House leaders’ meetings or other things, and it might feel good to air some of these points,” Scheer said, “it is traditional to keep the question succinct and on point, which is the upcoming business of the House.”

FILED UNDER: house of commons Inside Ottawa Peter Van Loan