How should Parliament keep an eye on CSIS?

SIRC, CSIS and a proposal for parliamentary oversight 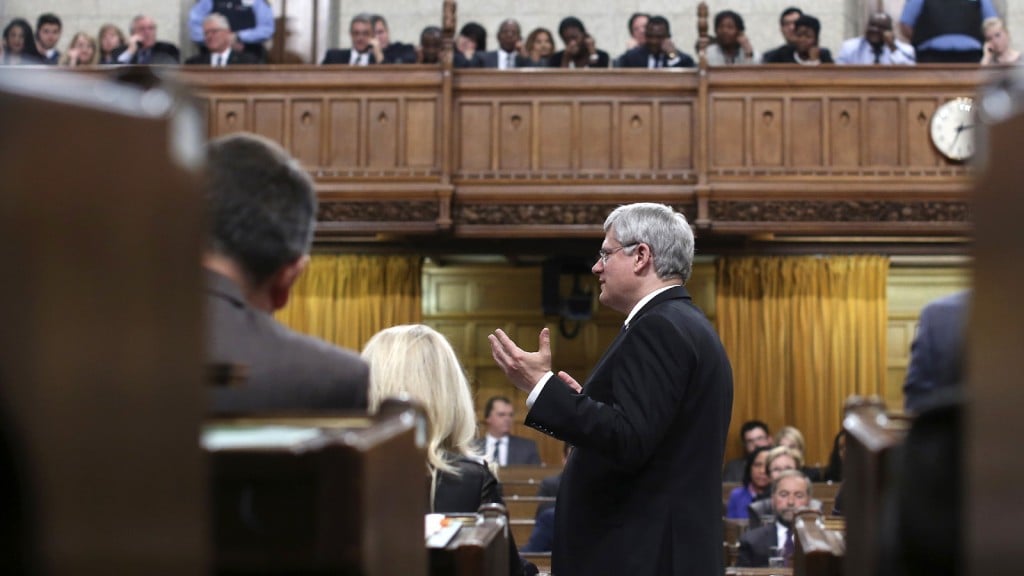 “Mr. Speaker, the security intelligence review committee is the same body that said in its last report that CSIS ‘seriously misled’ it in one of its investigations, and that was just last year,” Tom Mulcair told the House last Wednesday. “How can the Prime Minister contemplate radically expanding the powers of CSIS without equally expanding oversight? Is it because the Prime Minister believes, just like his minister, that the oversight that protects Canadians from abuse of power is just red tape?”

The Prime Minister was entirely unmoved by any of this.

“Mr. Speaker, on the contrary,” he said, “the example the Leader of the Opposition cites indicates that in fact the system works, that SIRC does take its responsibilities very seriously, provides robust oversight, and has noted that these agencies operate within the law.”

Nonetheless, as I wrote last week, the question of how Parliament scrutinizes and holds to account our national security apparatus should be a very live question. The seriousness of our Parliament in all matters seems to me to be the question of the moment, but with Bill C-51 on the table and just four months removed from an attack on Parliament itself (not to mention a government gambit to put the RCMP in charge of Hill security), national security seems like a particular test.

You’ve got to at least admire the Prime Minister’s daring here—it requires a certain amount of courage to take a report of seriously misleading the review committee and turn it into a victory for accountability. He might even have something of a point. But on the weekend, Bob Rae, a former member of SIRC, told the CBC that SIRC is lacking in resources and jurisdiction. So imagine how much more the system could work if SIRC had more funding and a wider purview.

In his time as chair of SIRC, Chuck Strahl, the former Conservative MP and cabinet minister, also raised this issue of jurisdiction. Here he is appearing before the Senate’s national security committee in December 2013.

What we’re finding increasingly is that CSIS is having to engage other partners in order to get the information they want. We can examine anything that CSIS does. What we have highlighted and made note of is that we are increasingly nervous or wary of the fact that you come up to an imaginary wall, if you will, where we examine everything that CSIS does, but now it involves other departments. It might involve a no-fly list. It might involve CBSA or CSEC, and so on, but our authority extends only to CSIS in our review process. So I think the committee is, and the government would be, wise to look at — and it’s a modern reality — how we can make sure that we don’t, when we’re chasing a thread and trying to make sure that Canadians’ rights are being protected, run up into the legislative wall of saying, “Well, yes, but you can only look at CSIS, even if the new thread continues on into CSEC,” as an example. That is one thing I would encourage you to think about.

Strahl and I talked on Friday and part of that conversation aired on Maclean’s on the Hill, but here is the full discussion, in which we get into both SIRC and the question of whether a parliamentary oversight committee should be established (and differentiate between “oversight” and “review”).

The latter, even you believe it should exist (I do) and should be a force for good (I hope), depends much on design and execution and I think Strahl does a good job going over the issues therein.

That said, there’s a comprehensive proposal gathering dust in one of the dark corners of Parliament Hill where old committee reports are sent to be forgotten. In 2004, a special committee of parliamentarians was struck to explore the idea of setting up a parliamentary oversight committee. The committee was composed of seven MPs—including the current justice minister and the current minister of state for finance—and three senators, who travelled to the United States, Britain and Australia to study the issue. The resulting report addresses the various logistical questions and recommends a preferred model—a joint committee of four MPs and four senators, established in the Parliament of Canada Act, able to function regardless of dissolution or prorogation, with members enjoying the same access currently enjoyed by members of SIRC and with ministers, parliamentary secretaries, House officers and whips ineligible for membership. (And the Security Intelligence Review Committee would remain in place.) The committee would report to Parliament, while the government would have “the right to review the committee’s reports before they are tabled in Parliament, and to black out, but not edit or delete, such classified information as it deems necessary.”

There are philosophical questions here about how seriously we could expect parliamentarians to approach the work and whether the committee would risk being effectively co-opted by our national security agencies, but none of this seems like the sort of stuff we shouldn’t be able to expect from our Parliament.