How the Trudeau government's Syrian consul fiasco went down

In government, stupid things sometimes happen, an internal report on the Waseem Ramli affair shows. But this was one case where they shouldn't have. 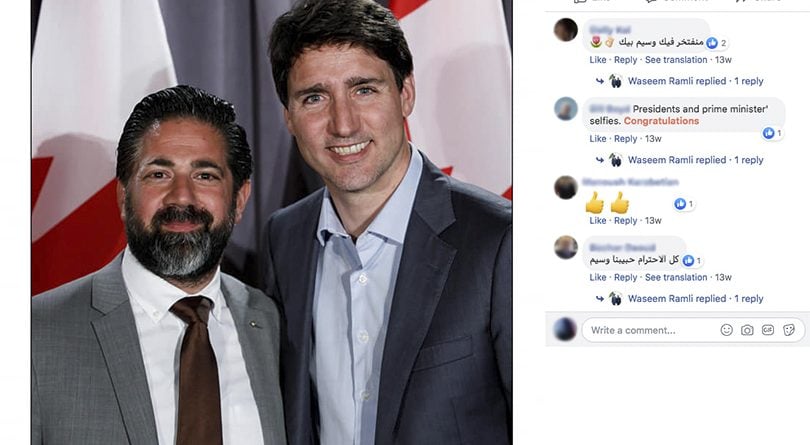 When Foreign Affairs Minister Chrystia Freeland furiously ordered her officials to revoke the diplomatic credentials obtained by a Montreal businessman who was notorious for his public, over-the-top enthusiasms for the bloody Baathist regime in Damascus, there was one important question she wanted answered, straightaway.

How could it have happened that the Office of the Chief of Protocol in Ottawa had granted honorary consul status to a guy who was feared and loathed by much of the city’s Syrian refugee community, and whose devotion to Syria’s brutal dictatorship is so fervent that he drives around town in a bright red Humvee with a 1SYRIA custom licence plate and a portrait of Syrian war criminal Bashar al-Assad on a side window?

How did Waseem Ramli, proprietor of the Cocktail Hawaii restaurant on Rue Maisonneuve, end up with credentials from Freeland’s own department that would have given him consular-services power over tens of thousands of Syrian immigrants and refugees across Eastern Canada and much of the United States?

READ MORE: Why did the Trudeau government approve Bashar al-Assad’s man in Montreal?

Well, now we know, and Freeland will soon know, too. An internal report circulating within Global Affairs is expected to catch up to Freeland in the coming days. Maclean’s has learned that its findings do not paint a simple portrait of gross bureaucratic incompetence, but the report isn’t a whitewash, either. Freeland is going to have to listen carefully to what she’ll be hearing, and she’ll need to act decisively and fast.

In the uproar that followed the story of Ramli’s appointment, first reported by Maclean’s on Sept. 23, Freeland ordered a full-bore review of the process Global Affairs relies upon to authorize, register and credential honorary consuls. In the meantime, however, there are matters that should not wait for that review to play itself out—not least finding an alternative way for the Syrian diaspora to avail themselves of neutrally-administered consular services.

The good news is that senior Global Affairs officials looking into this mess have not found some Baathist mole burrowed deep in the Office of Protocol. Among other things, the office oversees the appointments of roughly 8,000 diplomats in 183 diplomatic missions and 490 consular posts across Canada.

And it’s not so sordid a story as Ramli having secured his credentials by way of his connections, his professed admiration for Justin Trudeau, his public wishes for a Liberal victory in the coming federal election, his long acquaintance with Liberal MP Marc Miller (Ville-Marie—Le Sud-Ouest—Île-des-Sœurs), or his financial contributions to the Liberal Party over the years.

During an interview, Ramli denied allegations from Syrian refugees Maclean’s had spoken with that he was known to monitor demonstrations and gather information about pro-democracy Syrians in Canada. He insisted that he could be evenhanded in providing services to everyone in the Syrian diaspora. But after the Maclean’s story appeared, Freeland moved quickly. 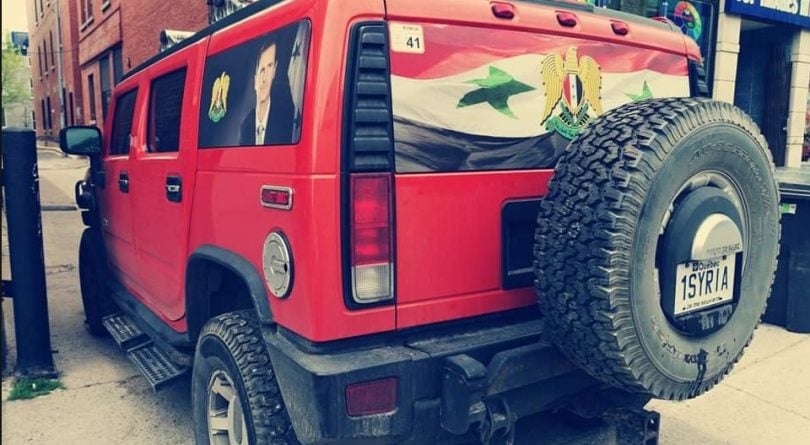 “No one who shares Mr. Ramli’s views should have ever been approved by Global Affairs Canada to serve in this capacity,” she said. Among the views Ramli had shared with Maclean’s: Syria’s internationally-celebrated White Helmets, whose cause Freeland has championed, are terrorists. Freeland led an international operation to rescue hundreds of White Helmets volunteers and their families from Assad’s advancing forces in Syria last year. Roughly 250 of them were resettled in Canada, many of them in Montreal. “They support al Qaeda,” Ramli told me. “They are just an affiliate of al Qaeda.”

Nobody in Global Affairs appears to have clued in that Ramli wasn’t exactly the tightest fit with the Office of Protocol’s clear standards, which require that honorary consul appointments “should avoid controversial or politically active persons” and should be “persons of good standing and reputation in the local community.”

By granting Ramli consular credentials, all passport renewals, applications for copies of birth certificates, arrangements for remittances to relatives back in Syria and so on would have had to go through him. The Syrian refugees Maclean’s spoke to in Montreal were shocked and fearful that the vacant honorary-consul post was going to be filled by such a devoted partisan of the regime that they’d fled. Global Affairs should have known this would have happened. And this is where the worrisome stuff comes in.

Ramli’s authorization to serve as Assad’s honorary consul in Montreal didn’t just slip past the Chief of Protocol’s staff. The file was handed up to Global Affairs’ Europe, Arctic, Middle East and Maghreb branch. At least two diplomatic officers reviewed the file, and it was handed back down again, Maclean’s has learned.

It’s not just that the officials looking at Ramli’s less-than-ideal qualifications were not among the Global Affairs officers who can speak and read Arabic. The Canadian Security Intelligence Service was copied on Ramli’s application but saw no reason to intervene, Maclean’s has been told, because Ramli didn’t show up in any CSIS database of known or suspected spies, terrorists or other such clandestine foreign-power operatives. And nobody from Global Affairs picked up a telephone to ask around the Syrian refugee community about what people thought about Ramli.

Ramli posed for photographs with Trudeau at a Liberal fundraiser in Montreal June 17. A few days later he was in Damascus. A few days after that, Assad’s ghastly Syrian Arab Republic—with its criminal record of chemical weapons atrocities, its scorched-earth displacement of millions of Syrians, its hundreds of thousands dead, and its policy of torturing and incinerating political political prisoners—formally appointed Ramli as a diplomat, the regime’s honorary consul in Montreal. Ramli was all set to open a consular office in Montreal on Oct. 1, after having received his credentials from Ottawa in August.

All the requisite application forms and appendices arrived in Ottawa in July. It’s the peak holiday month, so things were pretty quiet around Global Affairs’ headquarters, the Lester B. Pearson building on Sussex Drive —except for the rotations. Every summer, roughly one in four diplomatic officers gets rotated into or out of Ottawa and overseas, and reviews of honorary-consul appointments at the best of times take up only the tiniest bit of bandwidth on the attention spectrum of Global Affairs’ diplomatic officers, analysts and country experts. Honorary consuls tend to provide consular services in minor cities some distance from official consulates and embassies, they’re almost always public-spirited citizens of the host country, there are few perks, and they’re not career diplomats.

A formal letter of appointment from the Syrian Arab Republic is not the same as an application from, say, Costa Rica, hoping to authorize an honorary consular position for some fellow to run out his spare room in Saskatoon. But that’s more or less how Ramli’s appointment was handled.

Syria hasn’t had an official embassy or consulate anywhere in North America since 2012, when several western countries expelled Syrian diplomats en masse in response to the Houla massacre, when Assad’s forces slaughtered more than 100 unarmed civilians—men, women and children. Since then, Syria’s only diplomatic presence on the continent has been only Syrian honorary consuls, operating intermittently and controversially, and only in Vancouver and Montreal.

Syria is not Costa Rica. Syria is a rogue state. And rogue states, police states, and anti-democratic, corrupt regimes will not be inclined to “avoid controversial or politically active persons” when they appoint honorary consuls, and they will not be inclined to appoint “persons of good standing and reputation in the local community.” Canada should not pretend that they will.

So the next time some torture state appoints an honorary consul and sends in its papers applying for the guy’s credentials, the least Global Affairs should do is pick up a phone and ask around.

MORE ABOUT SYRIA AND BASHAR AL-ASSAD: