Election Image of the Day: The Liberal leader retreats to his comfort-watercraft while floating a novel election promise 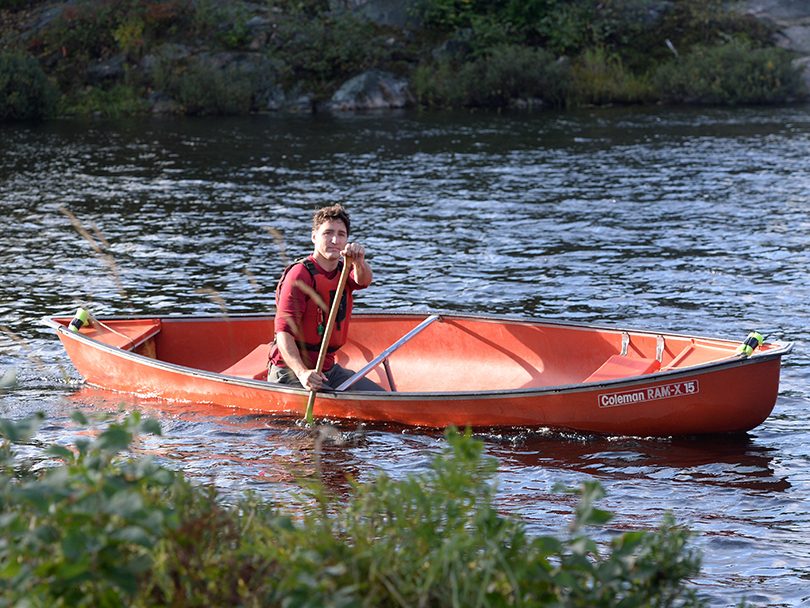 Here’s a bit of Russian-doll logic to think about: today, Justin Trudeau paddled around in a canoe in Sudbury, Ont., reminding voters of the time in 2015 he also paddled around in a canoe in Calgary, which itself recalled his father, who famously canoed around everywhere. Fond memories of canoeing, this man has. But in 2019, the gambit may not be as effective. Firstly, some of the unedited video footage of Trudeau paddling around is, when you watch all two minutes and 20 seconds of it, just awkward. Secondly, after emerging from the watercraft, the Liberal leader announced, to mixed reactions, measures to expand environmental protections to cover a full 25 per cent of Canada’s ocean and land. That part isn’t terribly controversial, but added to the announcement were details seemingly intended to transform camping into Canada’s new national sport: a Liberal government would teach camping skills to young Canadians before Grade 8 and create an “Experience Canada” program that would offer $2,000 bursaries to low-income families to spend up to four days in a Canadian provincial or national park. “A future Liberal government would provide $2,000 travel bursaries to send Canadians camping,” columnist John Ivison summarized on Twitter. “I think that might be the stupidest thing I’ve heard so far in this election.” Then again, if the government doesn’t teach these young kids to camp, who will?