In defence of the Wildrose defectors

The floor-crossing was widely characterized as an attack on democracy. The truth? Alberta will get over it fast, writes Colby Cosh. 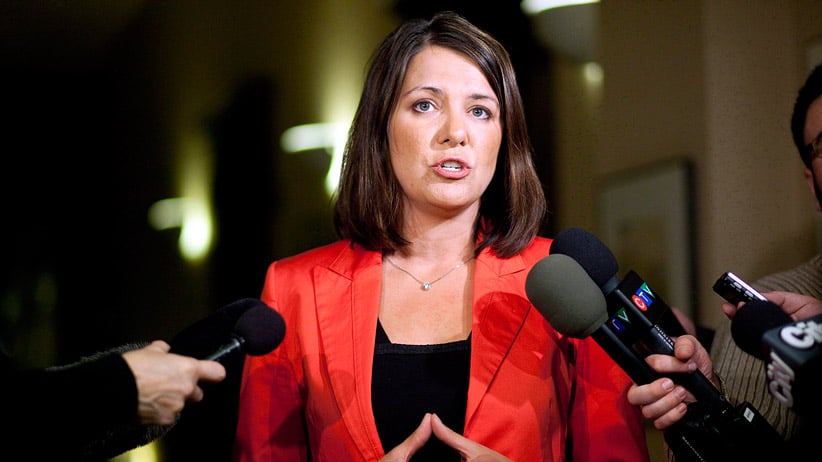 Throughout December, the nine floor-crossing MLAs who abandoned Alberta’s Wildrose party for its Progressive Conservative governing caucus continued to receive fantastic abuse. They were accused of the “greatest betrayal” in Canadian political history; the crossing was widely characterized as an attack on democracy itself. The truth? Alberta will get over it fast.

Commentators inside the province eventually began remembering that current Liberal Leader Raj Sherman is an ex-PC, Alberta Assembly Speaker Gene Zwozdesky is a Liberal who crossed to the PCs, new interim Wildrose leader Heather Forsyth is an ex-PC, and the chief of staff to Premier Jim Prentice who helped to broker the floor-crossing, Mike Percy, used to be a Liberal MLA. This is politics in a one-party state that is procedurally democratic, a polity in which a government can hang on only by renewing itself once or twice a generation. Our government benches and our inner circle of mandarins are always full of co-opted talent that started out in opposition. The opposition, for its part, always contains dissidents who crossed the other way on principle, or out of personal pique.

This may not be a perfect substitute for a perennially strong opposition, but do we want an opposition party to exist just for the sake of having one, even if it has no hope of forming a credible alternative government? This is the question that confronted defecting Wildrose leader Danielle Smith, as she faced undisguised attacks from within her party, originally formed by social conservatives, and concluded that she “didn’t want to take down this premier.” She is being berated for joining a mass walkout from a party she no longer in any sense believed in, a walkout that seems to have been presented to her as a fait accompli anyway.

It is difficult to specify what, exactly, Smith has done wrong as an individual, not that anyone has tried too hard. The caucus Smith is joining has changed leaders, having ejected one that was chosen without any support from within its own ranks. (Was Alison Redford’s ouster a betrayal of democracy? Thousands of PC members had made her leader, and hundreds of thousands of voters made her premier, yet no one thought they needed to be consulted before she was forced out of office.) The new leader has agreed in writing to support essential parts of the Wildrose agenda: The floor-crossing can easily and properly be characterized as a surrender on the part of the government, as some PC MLAs surely will.

Smith made two statements that, taken together, seem to provide a vindication of her actions, unless one adopts a concept of political honour that has never been invoked in Alberta before. In admitting, “I didn’t want to take down this premier,” she added that her explanation to Wildrose voters would be, “We won.” She is making a bet on the integrity, ability and good intentions of Prentice. No one knows yet that this is necessarily a bad bet.

And the polls, mysteriously, do not reveal any sudden flight of voters to the stalwart rump of the Wildrose. If loyalty to alleged democratic principle is important, why are ordinary Albertans already switching to the government side, along with Smith and the other eight wild geese? Alberta, after all, has as many political parties today as it did before the floor-crossing.

The Alberta Liberals are a placeholder of the type people seem to want the Wildrose to be: a hollow zombie entity that persists for the sake of existing. Where is the Liberals’ reward, in the form of popular support, for contributing to the health of Alberta democracy? This contribution, mind you, takes the curious form of dividing the province’s left and helping to sustain Conservatives in power for an eon. How many critics of the Wildrose floor-crossers are simply angry that Smith and company would not make the same “contribution” on the other side?

Everybody knew Smith was a poor fit with the evangelical core of the Wildrose grassroots. It is certainly a common article of faith throughout Canada that donor influence can be harmful in politics, yet Smith is unapologetically lambasted for perpetrating a crime against Wildrose money by walking away from it.

If her switch is purely selfish, its uniqueness in Canadian history is hard to explain. The move comes at quantifiable personal expense, since she has stepped down as leader of Alberta’s official opposition. She has given up some cash and the sycophantic warm fuzzies of party leadership in exchange for achieving sincere ideological objectives. Let the rotten vegetables fly!