Is Canada addicted to Canola?

As Canada and China negotiate a new deal on canola imports, farmers on the Canadian prairie play wait and see 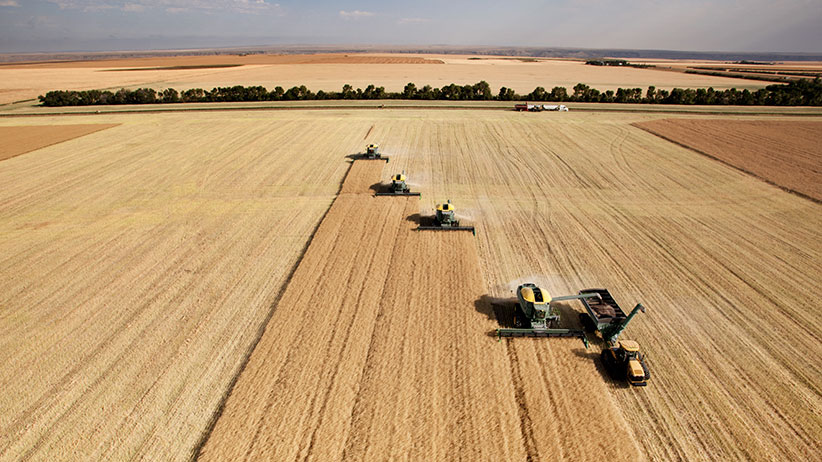 Canola has positioned itself next to peanut butter and poutine as one of Canada’s greatest food inventions—something Keith Downey, a father of five and “Father of Canola,” could never have predicted when he and Winnipeg-based researcher Baldur Stefansson made the discovery back in the 1970s. “I don’t think either Stefansson or myself ever would have visualized that we would be able to have a crop that was occupying the millions of acres that we see now,” says the 89-year-old Downey.

Downey, who now lives in the canola-surrounded prairie community of Okotoks, Alta., just south of Calgary, couldn’t have predicted that those yellow flowers would become a staple backdrop for every prairie wedding photoshoot; that it would be Canada’s second-largest crop export; that it would add $19.3 billion to Canada’s economy every year; that 15 per cent of all Canadian farmers would rely on it as a source of income; and that it would cover 30 per cent of the country’s viable crop land.

It’s been over 40 years since Downey and Stefansson removed two genetic traits from rapeseed through traditional plant breeding to create what we now know as canola–“can” for Canada, “ola” for oil–and in that time, Downey’s been appointed to the Order of Canada, inducted into the Canadian Agricultural Hall of Fame, and seen a Saskatoon street named after him. “There’s never been a dull moment, even now,” he says, with a chuckle. “It’s been a great ride.”

This year, Statistics Canada is predicting that Canadian farmers will produce 17 million tonnes of the oilseed, down only slightly from last year’s haul, maintaining Canada’s status as the world’s largest producer of the crop. “It is a made-in-Canada success story,” says Patti Miller, president of the Canola Council of Canada. “It’s grown into a huge economic driver, not only just for farmers but for the Canadian economy.”

But has Canada become too reliant on the crop as a source of income?

“Farmers have been very much addicted to canola for a long time,” says Dilantha Fernando, a professor at the University of Manitoba. Year after year, canola has proven to be a profitable crop for farmers to plant. Fernando says this addiction invites poor crop practices, including tighter crop rotations, that contribute to the spread of disease—such as blackleg. The fungal disease, which first appeared in Saskatchewan in the mid-’70s, darkens canola’s stems and roots, and causes significant damage to the quality and yield of the crop. Over the years, scientists have introduced blackleg-resistant strains of canola, but as the crop evolves, so do the pathogens responsible for causing the damage.

For the second time in less than a decade, the presence of blackleg in Canadian canola has caused trade tensions with its second-largest importer of the seed: China. In 2015, China spent $2 billion on Canadian canola seed, but now, the Asian power wants Canada to reduce the amount of dockage—stems, leaves, chaff, and other non-canola bits that may harbour blackleg—entering with the seed shipments from 2.5 per cent of every tonne to just one per cent. Initially, Canada was meant to reach this target by Sept. 1—a deadline that Prime Minister Justin Trudeau managed to extend while on his eight-day, trade-heavy trip to China.

Both Trudeau and Chinese Premier Li Keqiang say they’re confident they can come up with a long-term solution to the blackleg problem, but if they don’t, it’ll trickle all the way down to Canadian farmers, including Greg Sears, a canola grower near Grande Prairie, Alta. “A lot of producers are really in a wait-and-see position,” the 49-year-old father of two says. “All of our decisions have been made; our crop is ready to be harvested.”

Sears, who also acts as chair on the Alberta Canola Producers Commission, keeps his canola on a two-year rotation, meaning he alternates every year between planting canola and a cereal crop (wheat or barley). Fernando would like to see that number increased to at least three.

“We need to look at both sides, rather than just complain that the Chinese are putting in these restrictions,” the plant scientist says. “Our farmers are going to be at the receiving end if we just allow them to go with an addiction to one crop, because that’s the way pathogens thrive and economics will tell us farmers will start to lose.”

These dockage restrictions, if put in place, would increase cleaning costs and mean more seed in each shipment for the same price—all translating into a lower price for Canadian producers, like Sears. “Down the road, if we see erosion in price forecasts for canola and any other product, it may make some producers change their cropping decisions,” he says, adding that in the end, farmers need to feed their families.

And if China sets a standard for other canola importers, the overpowering smell—part urine, part perfume, part nut—that takes over the prairies every summer could slowly dissipate. “Canola is our crop, so we need to have pride in that,” says Fernando, “but at the same time, do everything possible to make this crop a long-lasting crop, not for short-term gain.”

The father of canola isn’t too fussed about the crop’s possibly uncertain future. “This is a blip in the trade relations,” Downey says, “and it’s going to be resolved one way or another.”

What it feels like to seed canola in Saskatchewan