Is everything we thought about online political campaigns wrong?

Did the U.K. Conservatives prove that micro-targeted online political ads can harm campaigns, rather than help them? 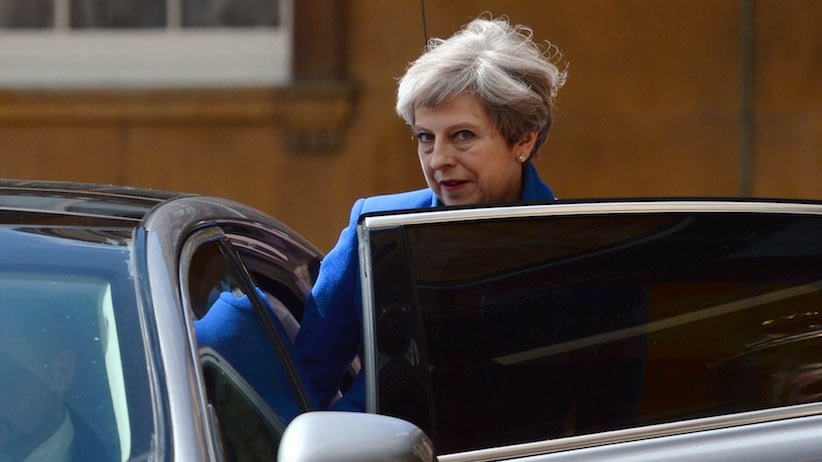 Prime Minister Theresa May with husband Philip leave Buckingham Palace after a meeting with the Queen to seek permission to form a UK government on June 9, 2017 in London, England. (Photo by Victoria Jones – WPA Pool/Getty Images)

On Saturday, Nick Timothy stepped down from his position as co-chief of staff to U.K. Prime Minister Theresa May, and made his resignation letter public. His contrite message maintained that, as he saw it, May remains the best leader to address the frustrations Britons have about austerity, Brexit and a lack of opportunities to get ahead. But he also admitted that one of the failings of the Conservative campaign he helped run was that it didn’t notice a Labour surge.

“Because modern campaigning techniques require ever-narrower targeting of specific voters, and we were not talking to the people who decided to vote for Labour,” he wrote.

RELATED: How Theresa May doomed her campaign

It was a striking comment because it suggested the widely accepted orthodoxy about modern political campaigns might be mistaken: that targeted messaging wins elections. More specifically, it’s accepted, in the post-Trump era, that knowing your voters down to the person and narrowly directing individual messaging to them online or via TV advertising will motivate exactly the right number of people to get to the polling station—or, in some cases, de-motivate the people you don’t want voting at all. These are the messages commonly referred to as “dark advertising,” because unless they’re tailored to you, you’ll probably never know they existed.

And the more data you have, the dogma goes, the more precise you can be, and the more effective your strategy will become. Micro-targeting wins elections—or so we think. What Timothy seemed to suggest in his letter is that in this case, it might have almost lost one. How could that be?

If Timothy is to be taken at his word, it’s possible we may have finally found a situation where over-microtargeting has appeared. The Tories, it seems, spent too much time concentrated on a small group of people they believed could tip the election, and in so doing missed the bigger story around them: that Labour, which executed a more open and broad-based online campaign—though still targeted to its chosen demographics—was gathering up the voters the Tories hadn’t bothered to try to persuade.

The Tories ought to have been effective online. In the previous U.K. campaign, in 2015, the party vastly outspent Labour online. And after it was over, they were also willing to credit outlets like Facebook with helping to deliver a surprise majority for David Cameron. “We built an in-house agency to create the content we needed with the messages we knew would work–and used Facebook targeting to get that content in front of the voters who would decide the election,” Tory strategist Tom Edmonds said in a testimonial to Facebook’s political marketing power following that election. Even his opponents would likely admit that was true. Sources who worked on the 2015 Labour campaign told the Financial Times that election “was won and lost on Facebook.”

Sam Jeffers, co-founder of a group called WhoTargetsMe? that monitored online political advertising via a browser extension downloaded by 11,000 volunteers all over the U.K., echoed Timothy’s assessment in the Times over the weekend. In the final 48 hours of the election, he said, WhoTargetsMe? noted that the Conservatives targeted ads at only 205 constituencies, whereas Labour focused on 464. While both campaigns were targeting voters, the Tories appear to not have cast their net wide enough, outsmarting themselves in their bid to only speak to a certain kind of voter.

The move, Jeffers told Maclean’s in an email, “suggested [the Tories] had a lot of confidence in their victory and needed only to focus on the gains. When the gains failed to materialize, they fell back.”

Looking back, the overall engagement disparity between the parties appears to have been reflected early on in the campaign. On May 7, BuzzFeed News showed that, broadly, while people enjoyed sharing positive stories about Labour online, the reverse was true for the Tories. Of the top 20 Labour-related stories shared online by early May, 13 were positive toward the party, six were deemed neutral, and only one was negative. However, not a single one of the 20 most-shared stories about the Conservatives online was positive, by BuzzFeed’s analysis.

RELATED: Theresa May loses, even when she wins

The Conservatives hammered away at Labour leader Jeremy Corbyn, and promoted May over the party itself, and rarely wavered from those lines. By contrast, Labour ads were more broadly positive, and focused on several social issues—the kind of things people can latch on to.

“The absence of any broader offer in their messaging at all – just the same pro-Brexit, anti-Corbyn themes repeated endlessly,” Jeffers told Maclean’s. “If you cared about any other issue, only Labour gave you a reason to vote for them.”

The Financial Times reported in May that Labour was looking to match the Conservatives in online spending this year, but the party also earned heavy endorsements from online influencers like grime music stars Stormzy and Jme, whose combined Twitter following is more than one million. It was the kind of free message amplification the Tories didn’t have. On Saturday, Labour deputy leader Tom Watson even thanked the two musicians for helping to energize the campaign. The Labour message helped in that regard.

Labour’s grassroots support group, Momentum, also produced online content in aid of the party’s campaign. That group said last week that its Facebook videos were seen by 9.8 million unique viewers in the U.K, about a fifth of all Facebook users in Britain. Much of that traffic was thanks to a song called “Liar Liar” that went viral during the election—and briefly sat near the top of the U.K. iTunes chart. That video alone garnered 5.4 million views in its first two days. On the other hand, the Conservatives’ best performing Facebook ad took in just 6.6 million views total.

Using a range of techniques, Labour was likely able to find more and more voters throughout the campaign who were receptive to their message. They cast a wider net, which might have meant they collected more information on who was sharing their ads, who was following their Facebook page, and—as importantly—which people were part of those users’ social circles who might also be a potential Labour voter. In retrospect, it seems obvious why Timothy lamented Conservative strategy: his party, though offering enough to voters to win the election overall, served up a nothingburger online.

“Labour seems to have done a better job of mobilizing people, using their policy offer to give them a reason to vote, then connecting them practically to voting labour on polling day,” Jeffers said. The Conservative ads on Facebook, he says, were simply “swamped by shared content,” which generally favoured Labour.

Andre Van Loon, research and insight director for We Are Social, a marketing agency, told the Daily Telegraph the Tories “missed the trick” this election. The party would have seen they were not earning the same kind of engagement as Labour online, but also failed to adapt its strategy in response. Why that was the case—why the party didn’t execute a tactical change of either message targeting or message content—remains a mystery.

And it likely will, unless someone like Nick Timothy decides to talk a bit more. The reality is that we may never know, definitively, if Timothy is correct that over-targeting meant that the Tories missed out on speaking to potential voters. That’s because, as in Canada, political parties in the U.K. don’t have to reveal how or where they targeted their online campaign material—ads, videos, memes, and so forth. Those details are all kept hidden, and the only thing anyone ever really knows is how much parties spent online overall. Any further disclosure is entirely voluntary.