The SNC-Lavalin scandal is proof our system of government is working. Seriously.

Opinion: If there's a silver lining to be found in the SNC-Lavalin and Jody Wilson-Raybould affair, it's that we're witnessing a healthy democratic immune system at work 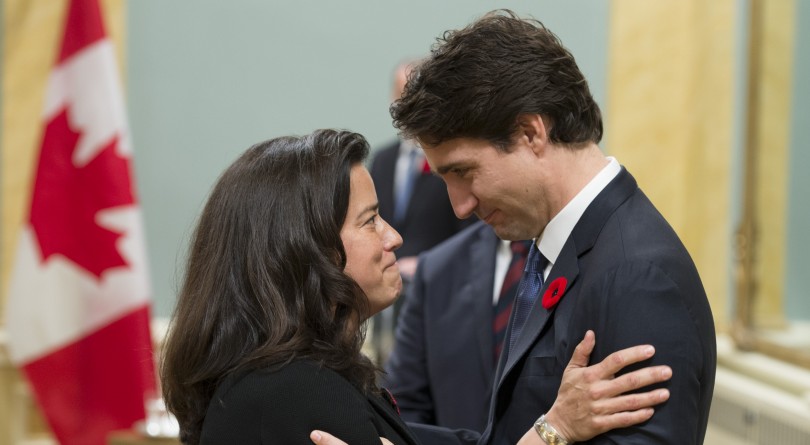 Philippe Lagassé is an associate professor of international affairs at Carleton University. His research focuses on the Westminster system. He tweets @PhilippeLagasse and blogs at www.lagassep.com

How can we tell if our system of government is working? In the past few weeks, we’ve learned that Canada’s Attorney General may have been inappropriately pressured by the Prime Minister’s Office and the Clerk of the Privy Council. This is a serious accusation. If true, the Prime Minister and his closest political and bureaucratic advisors would have violated the constitutional independence of the chief law officer of the Crown. For critics, this is proof that Canadian democracy is in serious trouble. The crisis shows that the Prime Minister’s Office is too strong, hell-bent on getting its way and willing to ride roughshod over ministers who dare to stand up for themselves. This wouldn’t have happened in a properly functioning democracy.

Does this assessment hold up? Only if you think that the test of a democracy is the absence of scandal, rather than how the system handles crises that inevitably arise.

Principled critics have implied that the health of our democracy should be judged on our ability to avoid problems in the first place. The suggestion appears to be that the system only works if it runs without error or malice. In a real democracy, they argue, no one would dare pressure the Attorney General. And if they did, they should be condemned by all, including their fellow partisans; a corrupted system must make a harsh example of wrongdoers to right itself. Anything less is a sign of complacency, or worse, rot.

Perfection or heads on pikes. Utopia or bust. These are the hallmarks of democratic vitality.

Forgive me for my cynicism, but that sets the bar fairly high, perhaps unattainably so. As much as we would like to be governed by the uniquely virtuous, the reality is that government is staffed with humans — fallen, fallible, factional creatures. While our democratic principles demand the best from our leaders, our constitutional constructs include checks and balances to deal with their naturally occurring slip-ups. As James Madison observed: “If men were angels, no government would be necessary. If angels were to govern men, neither external nor internal controls on government would be necessary. In framing a government which is to be administered by men over men, the great difficulty lies in this: you must first enable the government to control the governed; and in the next place oblige it to control itself.”

We know our system is working when the safeguards we’ve put in place to address government chicanery kick in and do their job. To use an analogy, a human body is healthy when its immune system successfully deals with infections. I don’t consider that infections are, in and of themselves, evidence that a body is deathly ill. I think it’s useful to see how the immune system deals with an illness before shopping for a coffin. Likewise, I wouldn’t recommend a blood-letting for every case of the flu.

Thus far in the SNC-Lavalin affair, a number of our system’s checks have been triggered. We’re not just talking about the resignation of the former Attorney General then Veterans’ Affairs minister here. We’re talking about the resignation of the prime minister’s principal secretary and the President of the Treasury Board; concern within the Liberal caucus; testimony before a Liberal-majority parliamentary committee that has put the government in the toughest spot it’s ever been; and sustained media and opposition critiques that are swaying public opinion. All this after, what, a month?

In fact, if anything, this whole saga has shown that common complaints about the hollowness of our democracy are too simplistic and don’t reflect how our system can rise to the occasion.

Does the PMO have a lot of power in our system, perhaps too much? Yes. Does it have unconstrained authority and an ability to impose its will on Cabinet and the executive. Not necessarily. A PMO that dominated all of Cabinet wouldn’t have had to lean on a minister to get what it wanted. Strong ministers can push back, particularly when the law gives them unique responsibilities.

Ah, but didn’t PMO shuffle the minister out? Doesn’t that prove that PMO is all powerful? Well, no. If you have to shuffle a minister to get what you want, then you’re using raw prerogative power to compensate for a lack of authority. Also, the PMO still hasn’t gotten what it wanted in the SNC affair and it may never.

What about accountability? Doesn’t this whole thing show that the only way to hold the governing party to account is to defeat it during a general election? Quite the opposite. The events of the past month show us what accountability looks like between elections. Whether there are additional ministerial resignations or not, the prime minister will have to keeping answering tough charges and likely make course corrections if he hopes to assuage his caucus and win back voters.

READ: Resigning on principle? It (almost) never happens in politics

This controversy has also shown that parliamentary committees can perform a vital accountability function, even when there’s a majority government and governing party MPs hold the balance of power. The Liberal-dominated justice committee allowed the former Minister of Justice and Attorney General to testify for three hours. She detailed how and why she felt improperly pressured by the PMO and bullied by the Clerk. Although the Liberal committee members pushed her a bit here and there, she made her case, and it was a pretty devasting one for the government. Since parliamentary committees are usually portrayed as pointless partisan theatre, this is surprising. And yet the committee is doing a pretty admirable job thus far, all things considered. Parliament does what it’s supposed to do when it must.

Are our governments perfect? Far from it. But our constitution has mechanisms to hold governments to account. If there’s a silver lining to be found in the SNC affair, it’s that we’re witnessing a healthy democratic immune system at work.