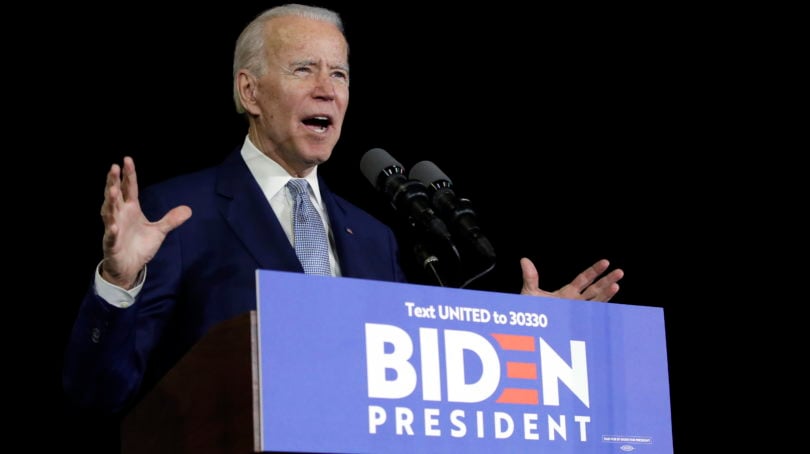 What happened to Bloomberg? The Michael Bloomberg campaign was almost entirely based around Super Tuesday. His plan was to skip all the early states, spend heavily in the Super Tuesday states, make his debut on the ballot on March 3 and scoop up a lot of delegates. The flaw in the plan is that to win delegates, you have to get voters to like you, and it turns out there’s a limit to what money can buy, as Jason Markusoff explained for Maclean’s:

In most other places, he finished a dismal third behind a resurgent Biden and Sanders. He underperformed expectations and polls in several key states, falling below the 15 per cent threshold for statewide delegates in big states like Virginia and North Carolina. His aides said Bloomberg would “reassess” his campaign on Wednesday. A mogul who made his cash mountain on data-driven decisions presumably knows what to do at the end of a three-month, woebegone investment.

What happened to Warren? Bloomberg’s bad night was funny. Elizabeth Warren‘s was not. Her admirers felt a sense of déjà vu as the U.S. once again lost any chance to elect a woman as president. A few months ago, Warren was widely considered the frontrunner and the Democrats’ unity candidate, acceptable to both progressives and moderates. Instead, she wasn’t able to win a single state, with Biden winning the state she represents in the Senate (Massachusetts) and the state where she was born (Oklahoma). How did this happen? In Maclean’s, Michael Fraiman traces the problem to a health-care policy flip-flop that damaged her brand in several intersecting ways:

By the time Super Tuesday rolled around, it was clear that didn’t work. Moderates felt she was too unelectable (or, sadly, perhaps just too female), while progressives felt betrayed. She’d been outdone by Biden’s establishment support, Sanders’s grassroots organization and Mike Bloomberg’s self-funded multibillion-dollar campaign. After proclaiming she “won’t take a dime of PAC money” in February 2019, one year later, she accepted many multitudes of dimes—$14 million from a shady super PAC, to be exact. She attributed the flip-flop to feminism, arguing she couldn’t keep up with the big boys’ budgets. It was not entirely convincing.

Biden’s big night: As Jaime Weinman notes in Maclean’s, Biden won at least 9  of 14 states. Biden won Virginia, where he had one field office. He won Oklahoma, where he never appeared at a rally. He won Massachusetts, never buying a TV ad.

But no, it was real. Biden won approximately two-thirds of the states holding primaries on Super Tuesday, as voters came home to Joe: in Texas, Sanders was briefly in the lead last month when it seemed, based on his poor performance in Iowa and New Hampshire, as though Biden might not be a viable candidate. As soon as South Carolina demonstrated his viability, Sanders’s lead evaporated and Biden took the state. Sometimes Biden managed to win without any of the campaign infrastructure and organizing that we hear endlessly about. Biden won Virginia, where he had one field office. He won Oklahoma, where he never appeared at a rally, and where his total campaign spending amounted to $60,000. Despite not buying any TV ads in Massachusetts, he won that state, too, currently represented in the Senate by Elizabeth Warren. Warren, remember, was once seen as the real frontrunner who would top the polls once Biden’s support collapsed. “For those that have been knocked down, counted out, left behind, this is your campaign,” Biden told a crowd last night. “Just a few days ago the press and the pundits declared the campaign dead!”