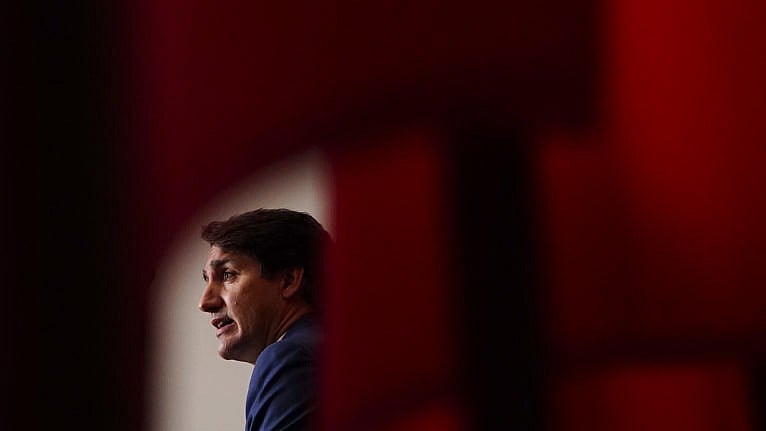 Justin Trudeau, back from Tofino, held a newser in Ottawa Wednesday to announced a vaccine policy that will require public servants to get jabbed or go on an unpaid leave of absence, CBC reports. The mandate applies to the RCMP and federal contractors, an estimated 267,000 employees. Travellers will also need to fully vaccinated by Oct. 30. The unvaccinated will face “disciplinary action that could ultimately cost them their job,” an official said at a technical briefing.

Crown corporations — including Canada Post and CBC/Radio Canada — and  the House of Commons and the Senate — will be asked to establish similar policies.

The whole thing will depend on attestations, which could open loopholes.

The employees who fall under this mandate will not have to produce their proof of vaccination documents. Instead, it essentially relies on an honour system: employees will have to sign an attestation form certifying that they’ve had the necessary shots. These attestation forms will be audited and managers can ask for proof of vaccination at any time. “Lying would mean disciplinary measures would be taken. It’s consequential for an employee to lie,” a senior government official said, adding that a false statement would breach the Values and Ethics Code for the Public Sector and could result in termination.

The Globe has a story focused on the implications for travellers.

What about MPs? Star columnist Althia Raj has an astute column on how the Conservatives could get wedged on the vax status of their caucus, even though the election is over, because there will be pressure to impose a vaccination mandate in the House of Commons.

Last year, when the government — with the consent of the Conservative leadership — tried to pass emergency pandemic legislation sight unseen, Conservative MP Scott Reid defied orders and showed up on the Hill to make some valid points about this dangerous precedent. It is not inconceivable that several unvaccinated Tories would — if the Bloc, NDP and Liberals adopt mandatory vaccination — stand up to argue their “privileges” as members are being breached. These are essentially rights in Parliament that allow MPs to fulfil their duties unimpeded, with “freedom from obstruction, interference and intimidation.” Some Liberals relish the thought of seeing Conservative MPs stand up and plead for permission to remain unvaccinated against COVID-19.

Sorry for Tofino: Trudeau also took the occasion to apologize for skipping events on the National Day for Truth and Reconciliation to hit the beach with his family, the Globe reports. “Travelling on September 30th was a mistake, and I regret it. I’m focused on making this right.”

Often sorry: In the Post, John Ivison disapprovingly enumerates some of Trudeau’s apologies.

Not getting it: Chrystia Freeland says the leadership of the Canadian Forces just don’t get it, Global reports, when it comes to the handling of sexual misconduct within the Canadian Armed Forces. She was commenting on the removal of an officer from his role reviewing sexual misconduct files after it was revealed that he wrote a positive reference letter for a sex offender.

Headed for exits: Alice Chen, in the Hill Times, has a poignant story based on interviews with MPs who lost their seats in the recent election, including Lenore Zann, who said the experience “feels like another death.”

Liberals get Quebec seat: The Liberals won the riding of Châteauguay-Lacolle by 12 seats after a recount, CTV reports