Election Image of the Day: How do you campaign while dogged by a blackface scandal? No questions. No speeches. Just the occasional circus trick. 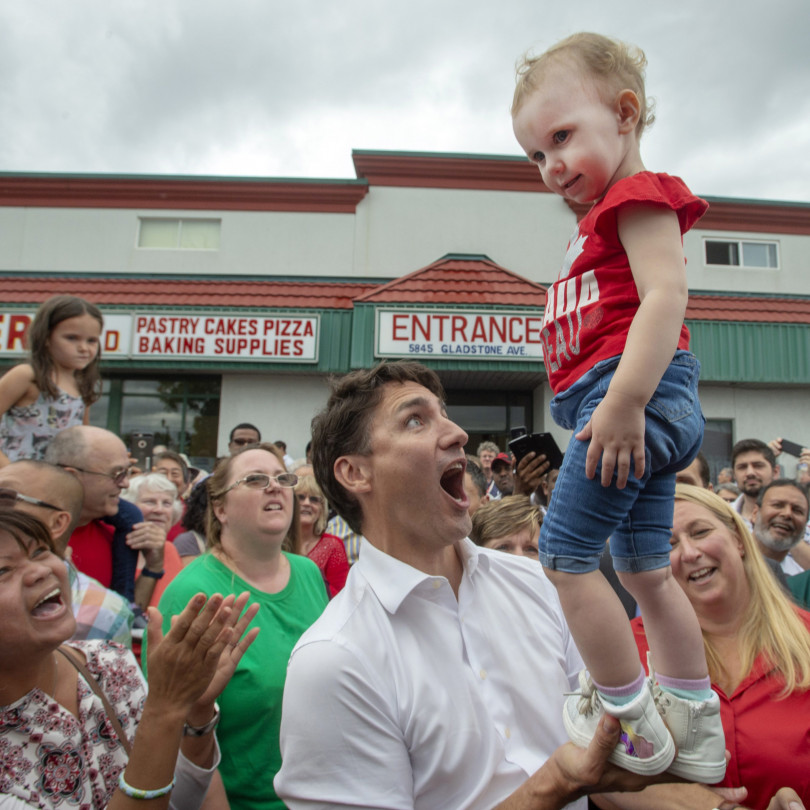 Rainclouds began drizzling overhead as Justin Trudeau re-emerged from the Portage Bakery, an 85-year-old Italian-Canadian institution in Niagara Falls, Ont. But the weather didn’t turn away the crowd of a hundred-odd supporters, most of whom gleefully returned to the Trudeaumania of 2015. The man himself didn’t say much—no speech, no rally—but maybe that’s for the best. Justin Trudeau has always charmed people with eager selfies and energized photo ops, like this impromptu one, where he raised a supporter’s kid in the air. (The child doesn’t seem into it in this frame, but the crowd roared with applause, and she was smiling after she touched back down.) Trudeau seems to have moved on rather quickly from the blackface scandal. Moments like these—fun and human, devoid of critical thinking and inevitably unreliable political promises—may convince voters of the same.

Clarification and correction: The original version of this post described the child as confused by the trick; according to a relative who contacted Maclean’s, the child has done the manoeuvre before, as her parents operate an aerial arts studio in Niagara Falls. The post also incorrectly applied a male pronoun to the child