Politics Insider for April 20: More weapons to Ukraine; no dropping of travel mask guidelines; and a mysterious 'growth fund' 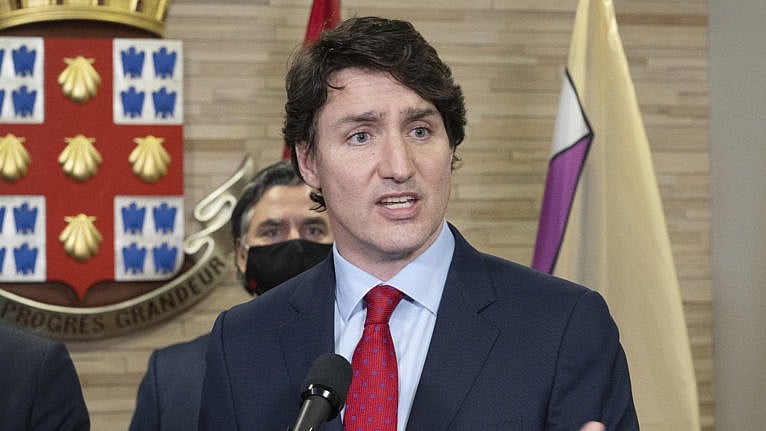 Big guns: Justin Trudeau announced Tuesday that Canada will send heavy weapons to Ukraine as war with Russia intensifies, the Globe reports: “Ukrainians have fought like heroes over the past number of months and they’re not just fighting for Ukraine, they are fighting for the values that underpin so many of our free and democratic societies.” Trudeau said details would come later.

Mr. Trudeau’s announcement came hours after he, U.S. President Joe Biden and other allied leaders discussed imposing further economic pain on Russia and vowed to provide more weaponry and aid to Ukraine as Moscow launched an all-out assault on eastern Ukraine. White House press secretary Jen Psaki told reporters aboard Air Force One as Mr. Biden flew to New Hampshire that the leaders reiterated their commitment to providing security, economic and humanitarian assistance to Ukraine in the face of Russian’s invasion.

Putin daughters: Canada is sanctioning Vladimir Putin’s two adult daughters, as part of a fresh round of punitive measures aimed at more than two dozen “close associates” of Putin, including Russian oligarchs and their family members, CTV reports.

The pair—Mariya Vorontsova (Putina) and Katerina Tikhonova— are now subject to fiscal and other penalties, as part of a growing list under the “Special Economic Measures Act” that their father is already on. Putin rarely speaks about his daughters, their identities have never been confirmed by the Kremlin, and neither woman has confirmed publicly that the Russian leader is her father.

Covert/overt: In the Post, John Ivison has a column arguing that, whatever Canada is doing behind the scenes to help Ukraine, it should be doing more out in the open.

Masks to stay: Omar Alghabra said Tuesday that travel mask guidelines still apply, as the U.S. moves to drop its national mandate, CTV reports: “The mask regulation is in place and it’s based on the advice that we received from our experts and doctors and based on data. It is proven that masks prevent or reduce the transmission of COVID.”

And they’re off: At least eight candidates have submitted a $50,000 registration fee and completed a questionnaire, crossing the first threshold to having their names on the final ballot of the CPC leadership race, CP reports. In so far: Marc Dalton, Leona Alleslev, Scott Aitchison, Patrick Brown and Roman Baber.

Pierre Poilievre, Leslyn Lewis and Jean Charest have already submitted the full $300,000 required in registration fees and a compliance deposit, along with signatures from 500 party members, meaning the party has verified all three as candidates.

Another big rally: Poilievre had a big rally in downtown Toronto on Tuesday night, which doesn’t necessarily mean he is winning over converts.

338: On the other hand, his team tells Global that he has sold memberships in all 338 federal ridings.

Landlord MPs: Financial disclosure forms show that at least 65 Canadian MPs hold rental or investment real estate assets, Global reports. That’s all legal, but the disclosures come at a time of growing frustration about the role of real estate investors in fuelling the country’s housing crunch.

More charges: Ottawa convoy protest organizer Pat King is now facing perjury and obstruction of justice charges related to testimony he gave at his bail review hearing last week, CP reports. King was arrested on Feb. 18 on charges related to his involvement in the “Freedom Convoy.” He was denied bail on Feb. 25, but on Wednesday last week King appeared in court for a bail review. The next day, the Crown announced it would lay perjury and obstruction of justice charges against him. The details of the testimony that led to the allegations are protected by a publication ban. These latest accusations are in addition to 10 charges related to the protest.

Decidedly rickety: Paul Wells, who has started a newsletter, has an interesting column plumbing the mystery of the federal government’s $15-billion Canada Growth Fund.