Legalizing weed: how Uruguay tripped up 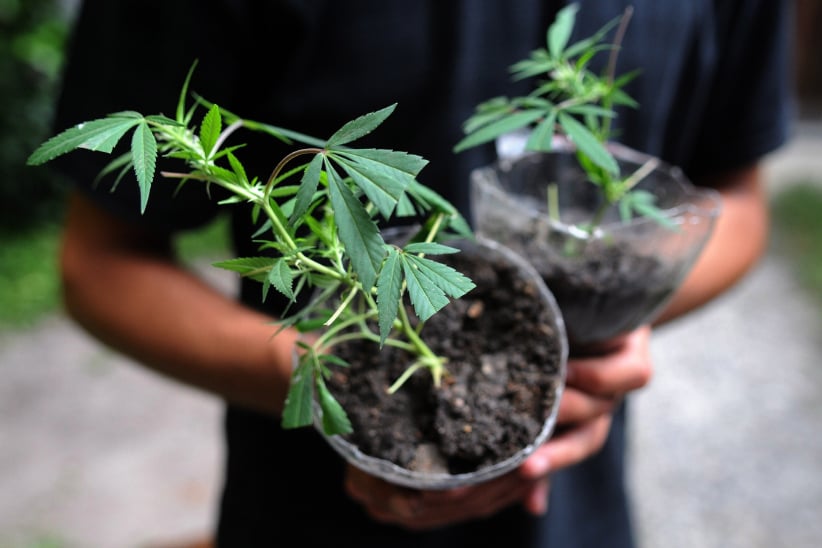 A man showing his outdoor cannabis crop at home in Montevideo, Uruguay. (Celaya/Xinhua/eyevine/Redux)

One Thursday morning in December 2013, marijuana became legal in Uruguay. Before midday, in the country’s two largest cities, 10 people walked into post offices, provided thumbprints, photo ID and addresses and received cannabis registration cards, which would limit their purchases—at designated pharmacies—to the equivalent of two fat joints per day. As the first country to legalize and regulate the drug, Uruguay appeared, at least for a moment, to have cannabis under control.

Four years later, much of the policy has gone to puff. Pharmacies were supposed to start selling the drug to the newly registered citizens, but because the product is cost-controlled, pharmacists have no incentive to deal it. As a result, Uruguayans still have nowhere to legally buy marijuana. Even if pharmacies were stocked, most pot smokers are reluctant to join the registry, which they believe invades privacy, sets arbitrary monthly limits and would bind them to buying weed during business hours. As Canada tries to figure out how to legalize the substance as early as this spring, it can find a cautionary guinea pig on the eastern flank of South America.

“On the positive side, Uruguay has legalized marijuana, and the country hasn’t collapsed,” says José Miguel Cruz of the Latin American Marijuana Research Initiative. Yet, he says, “the problem in Uruguay is that the government is regulating absolutely everything.” Citizens are permitted to grow six plants in their homes or more if they move their plants to registered “cannabis clubs,” but Cruz says, “They don’t want to grow it. They don’t want to join a club. They just want to get it.”

And get it, they do. Police are seizing almost triple the amount of black-market marijuana as before the policy change—last year, the equivalent of about 13 million joints, based on numbers reported by the newspaper El Pais. Marijuana tourism also appears to be mushrooming; Brazilian and Argentinean police are seizing more of the drug, and Uruguayans, who can now legally grow it, have admitted selling weed to their international neighbours.

Canada should take heed. After Trudeau promised to legalize weed in 2015, a task force considered distributing cannabis through provincial liquor stores. But since the government will have to keep prices below those of the black market, even after taxes, the stores under this model stood to scarcely make a profit, and in the end, the task force advised against it. Liquor commissions no doubt share the qualms of Uruguayan pharmacists, who don’t want the headache of selling to recreational users and tracking their purchases. Cruz says the pharmacy framework might be hopeless: “Some people are saying, ‘Look, we better just get rid of that [idea] and forget about pretending that we’re going to ever implement that option.’”

Canada should also beware government turnover. Like Trudeau, former Uruguayan President José “Pepe” Mujica introduced legalization in the middle of his term, a policy that accompanied his progressive stance on abortion and LGBT marriage (and squared well with his choice of car, a Volkswagen Beetle). However, last year, Pepe was succeeded by 75-year-old President Tabaré Vázquez, who belongs to the same socialist party but has slowed the implementation of cannabis laws. “He actually wasn’t very keen on the idea,” says Cruz. “His heart is not in this.” 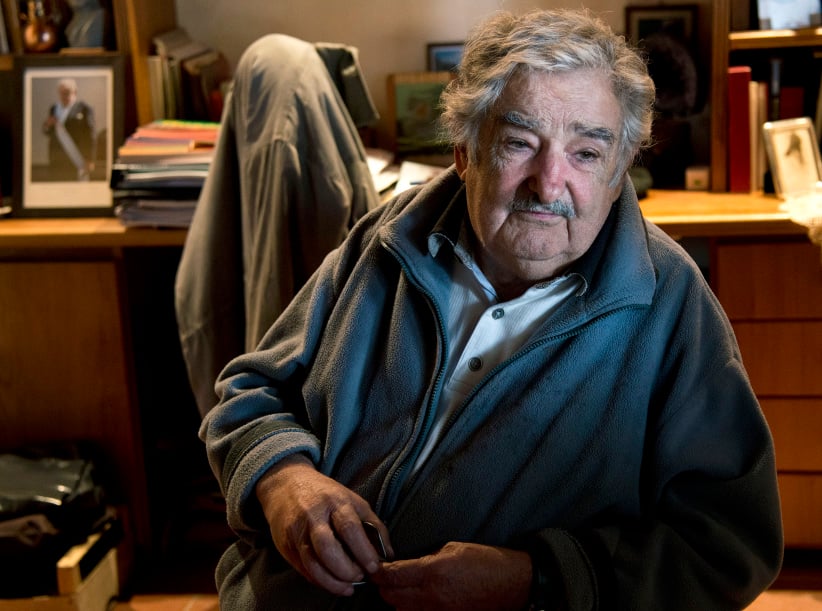 Uruguay’s model has a few highs. Marijuana usage hasn’t increased in recent years, and part of the delay in distribution are linked to the government’s efforts to ensure the pot-selling pharmacies aren’t located near schools. Sheryl Spithoff, a doctor of at Toronto’s Women’s College Hospital who has written about Uruguay’s policy, notes: “We have to be careful we don’t jump to conclusions and say it doesn’t work when it could just be a hiccup along the way.”

But other countries’ pot policies are also posing problems. In Spain, one of Europe’s weed-friendliest countries, the number of people smoking marijuana has doubled since 1995, before the government permitted them to grow it in their homes. The Dutch, by tolerating its sale in “coffee shops,” only prompted the black market for the green stuff to grow. Colorado, one of seven American states to legalize weed for people over 21, tried to reduce usage by banning people from smoking it in public. In reaction, growers have started selling edibles disguised as lemon poppy seed cookies and pumpkin pies. Such sales more than doubled in one year, and as children accidentally bite into spiked snickerdoodles, authorities have heard increased calls to poison control.

On a scale that runs from “unregulated” to “Uruguay,” Canada’s model might fall in the middle. “What Pepe did was shocking to some extent,” says Cruz. “At that point, no [other] sitting politician would propose such a thing.” Yet, at this point, Trudeau already has. Canada now has the luxury of plucking the best practices from around the world to create its own system, and Cruz points out, “that will be sort of the Canadian way.”