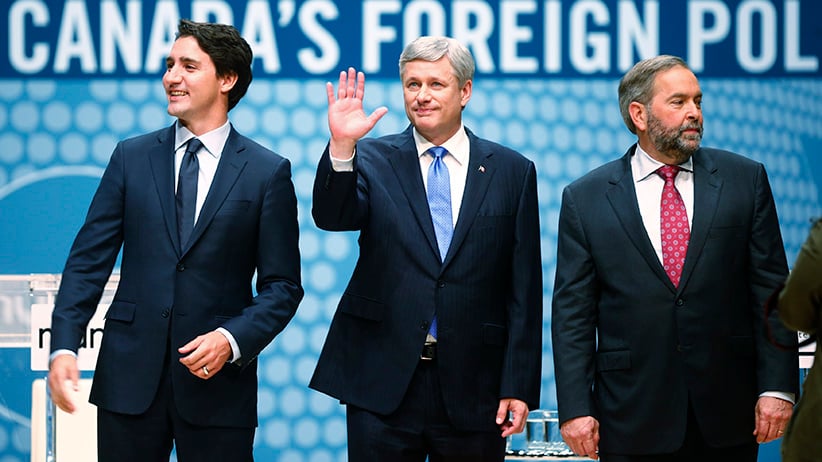 Three federal leaders were at it again. The Munk Debates hosted Stephen Harper, Thomas Mulcair and Justin Trudeau for a two-hour throwdown on foreign policy. The moderator, Rudyard Griffiths, is also the chair of the Munk Debates. He refereed the fourth leaders debate of the campaign, and the third since Maclean’s kicked things off in August.

Maclean’s senior writer Michal Petrou had the definitive primer for a debate on foreign policy. Ottawa bureau chief John Geddes hoped leaders are “explicit about costs as well as convictions” of their views. Meanwhile, columnist Scott Gilmore questioned the critical view that Canada’s position in the world has diminished under Harper’s leadership.