Manitoba voters elected a second consecutive Progressive Conservative majority government on Tuesday, after a campaign that revolved around bread-and-butter issues like health care, taxation and the suitability of the various party leaders to guide the province.

One hour after the polls closed, the PCs were leading in 36 ridings, while the NDP led in 18 and the Liberals in three. The Green Party of Manitoba was appeared unlikely to win any of the 57 seats in the Manitoba legislature.

READ: Brian Pallister’s gamble has paid off with another PC majority in Manitoba

Brian Pallister, the incumbent premier, called the vote a full year ahead of the province’s fixed election date in an apparent effort to maximize advantage for his party, which held 38 seats at dissolution. The NDP, led by Wab Kinew, had 12, while the Liberals had four. Two MLAs sat as independents and the Manitoba Party had one seat. 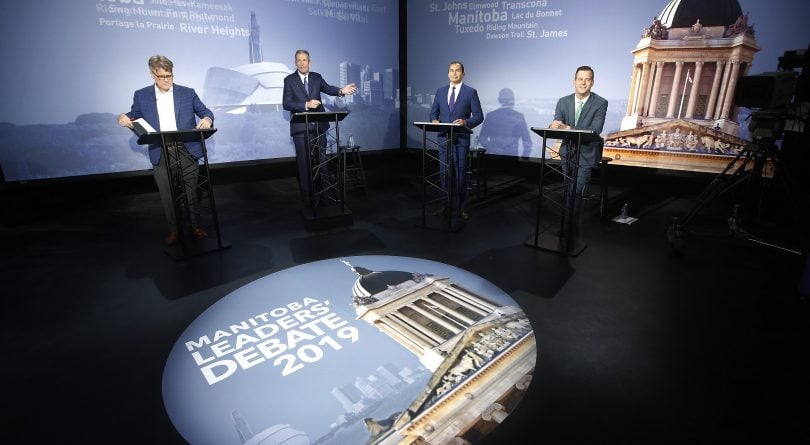 As Maclean’s correspondent Jason Markusoff noted in a story posted Monday, the campaign was defined by both Pallister and Kinew retreating to failsafe clichés. Writes, Markusoff, when Pallister led the Tories to victory in 2016:

He swept out an NDP government that had ruled since 1999 and broken its promise not to raise the sales tax. Not content with that advantage, Pallister also called this election a full year ahead of the fixed voting date, to ensure sour memories of the NDP were fresher. He also timed the campaign so three-quarters of it occurred in August, when hardly anyone is thinking about politics and whether to oust a governing party that weeks ago lowered the sales tax by a point, returning it to seven per cent.

Kinew, meanwhile, is the first Indigenous person to lead the Official Opposition at the provincial or federal level—an achievement some outside Manitoba assumed would bring new priorities and a different style of politicking. Instead, writes Markusoff, Kinew stuck to issues that have traditionally been top-of-mind for Manitobans.

Kinew seeks to turn almost every discussion into one about health care—a politician with a message track he’s supposed to stick to. While it’s a potent political issue, after the Tories’ ambitious but rocky overhaul of the health system and closure of Winnipeg emergency rooms, Kinew’s is a strikingly conventional tack for someone with such an unconventional background.

Read the rest of that story here.