Maclean’s recognizes Gladu, known for reaching across party lines, as the most collegial MP of 2016 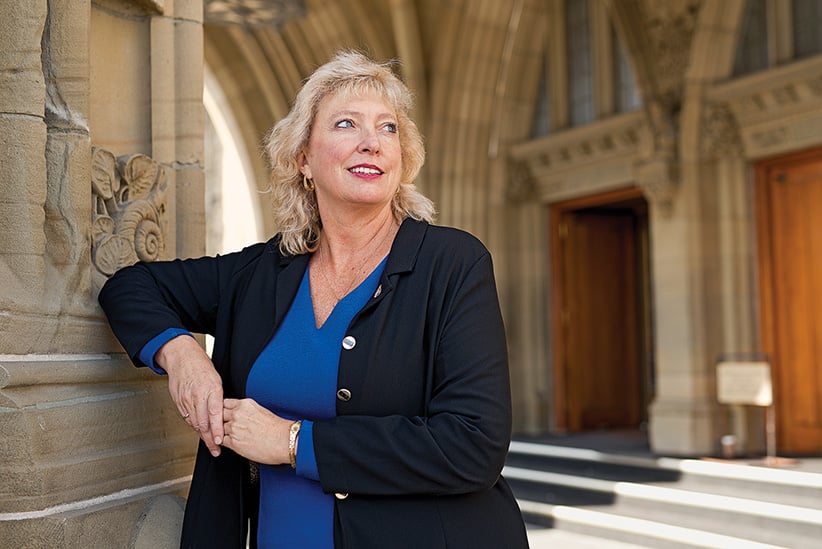 On Nov. 15, Maclean’s celebrated the best of Ottawa with the ninth edition of our Parliamentarians of the Year awards, which were handed out based on the results of a secret-ballot survey of their peers in the House of Commons. Conservative MP Marilyn Gladu was honoured as the most collegial MP of 2016. View the full list of award winners.

Marilyn Gladu argued with her own party about its opposition to the long-form census. The Conservative science critic also supported the Liberals’ unmuzzling of scientists.

Increasingly known for her pragmatic approach, the rookie MP for Sarnia–Lambton is a loyal Conservative who consistently works across party lines.

Gladu’s first political involvement began in 2005, as an adviser on the executive boards of her local MP and MPP. The more she learned about the public sector, the more she saw room for improvement. “I felt that leadership in this country didn’t always have the perspective on how to be globally competitive,” she said.

It was more than the party leadership that rankled Gladu, whose support of a long-form census put her at odds with the Tories.

“I used to be a statistical specialist for a business, so I said, ‘This is an absolutely wrong statistical method for a census,’ ” Gladu said of the 2011 switch from long-form census to a National Household Survey. She successfully fought to change the party’s position, and celebrated when the long-form census was reinstated.

As science critic, Gladu has been supportive of Minister Kirsty Duncan’s science strategy, including her promise to unmuzzle government scientists.

Before politics called, Gladu worked for Dow Chemical as a professional engineer for 21 years (she is the first female engineer to be elected to the House of Commons), travelling across the globe to oversee more than 250 chemical plants.

“Dow didn’t always pick beautiful places to build their facilities,” she said, “so when I would come back to Canada I would always think, ‘Wow, you know, this is the best country in the world.’”

That devotion to her country partly explains her decision to enter political life. Now that she’s in Ottawa, Gladu believes she can contribute to a better Canada. “Everybody brings some talent with them to Parliament,” she says. “Don’t be afraid to bring it forward, speak up and to try to change things. One person really can change how things are done.”