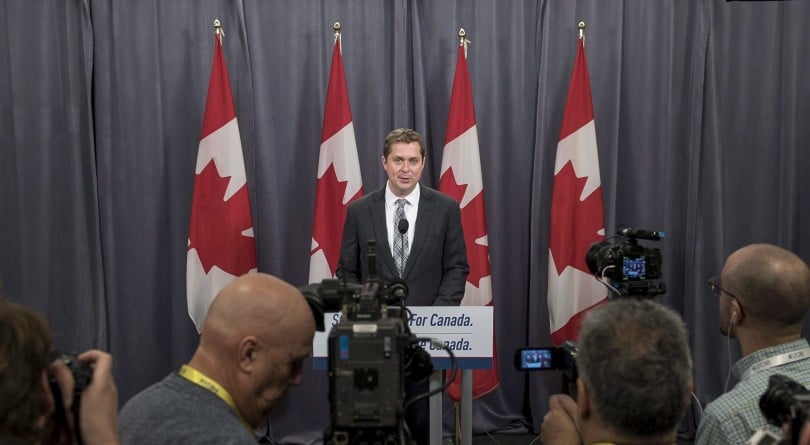 Conservative Leader Andrew Scheer held a news conference Thursday to respond to Maxime Bernier’s decision to leave the party. Here’s a transcript of his opening statement:

Over the last couple days, I have made it clear that Maxime could decide to work with us to help defeat Justin Trudeau or to put himself first. He’s made his decision. Maxime has been afforded every opportunity to be a helpful and a contributing member of the Conservative team.

READ: Why Maxime Bernier is leaving the Conservative Party

He has traded an opportunity to influence policy in government for his own personal ambition. During his time in the Conservative caucus, not once did Maxime come to me or any member of our team with ideas about the issues he’s now raising. As shadow minister for innovation, he was given every opportunity to come to the table with his ideas and apply them to policy. He never did.

In retrospect, it is clear that Maxime made this decision a long time ago. Under my leadership, Conservatives have consistently and unequivocally stood up for balanced budgets and low taxes, for secure borders and planned and lawful immigration, for strong Canadian identity and for freer trade. It is unfortunate that Maxime, supposedly a strong proponent of these values, has chosen to abandon our fight to have them represented in government.

Canadians are looking to us for leadership, to replace Justin Trudeau’s entitled and out-of-touch Liberal government with a government that actually puts people first. We will continue our work. We have an amazing, united, principled team, and we are squarely focused with what we have to do in the next year.

As my speech tomorrow will make clear and as we will show throughout this weekend, Conservatives are strong and ready to meet the challenge of governing this great country.