Missed the Globe debate? We watched for you.

Our in-house experts give you their key takeaways 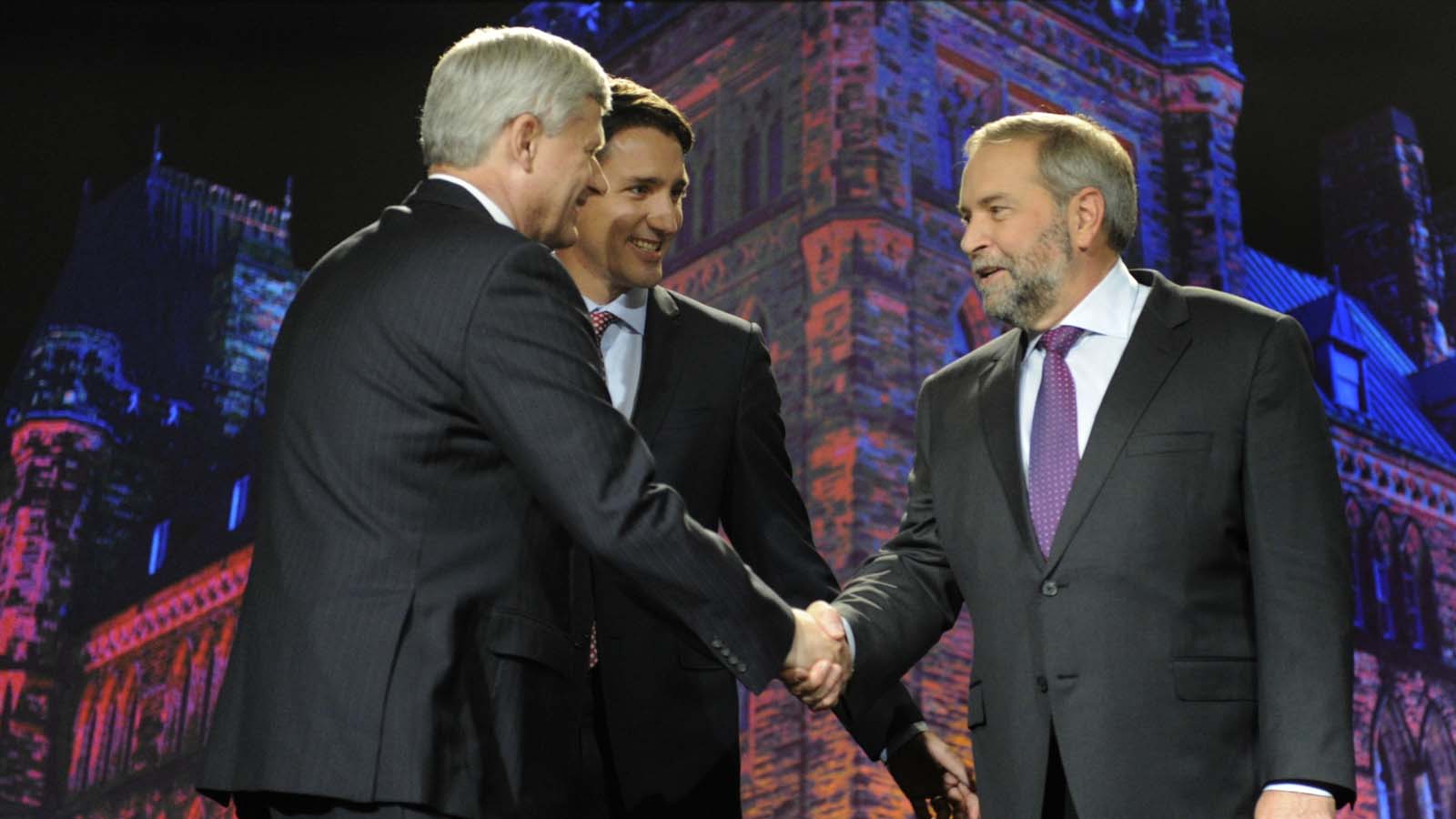 The Globe and Mail‘s national leaders debate packed a lot of claims, counterclaims, tut-tutting, and boasting on economic issues. Moderator David Walmsley guided the leaders through questions on jobs, taxes, energy and the environment, immigration, infrastructure, child care, deficits and manufacturing. Our in-house experts liveblogged the whole thing. We’ve captured some highlights below, and you can still read the full recap.

Stephen Harper: “We are living in a very challenged global economy. We have enormous economic instability out there. Through it all, the Canadian economy has managed to create a large number of jobs, a better record than anyone in the G7, 1.3 million net new jobs since the end of the global financial crisis, most of them full time in the private sector in good-wage industries. Incomes have been rising.”

I don’t think Harper accepted the premise that ‘structural’ change is needed. Although I’m not sure I know what sort of structural change is happening. Isn’t the oil price plunge and broader commodity price issue likely cyclical?
—John Geddes

Justin Trudeau: “Mr. Harper and Mr. Mulcair agree on one thing. They want to continue to send Mr. Harper’s UCCB cheques to millionaires just because they have children. We don’t think that’s fair. We’re going to stop sending those cheques to the people who don’t need it so we can send larger cheques to the families who do need it and lift 315,000 kids out of poverty. That will make a significant difference in the lives of people who need it, and neither Mr. Harper nor Mr. Mulcair do that.”

What is this Canada Child Benefit that Trudeau mentions? Arguably the serious policy idea that’s gotten the least serious attention in the campaign so far. Announced by Trudeau last spring, the Canada Child Benefit would get rid of four existing, and undeniably confusing, family tax measures. But the policy is far overshadowed by Trudeau’s easier-to-grasp middle-income tax cut. That’s too bad, since the benefit is the more intriguing concept. As UBC’s Kevin Milligan explains, the basic benefit is $5,400 a year for each child, plus another $1,000 for kids under six years old. Compared to the array of benefits now paid under the Conservatives, only parents making $150,000 or more would get less. Overall, a fully thought out policy, rather than an easy bit of campaign fodder, which mean it deserves a lot more serious debate.
—John Geddes 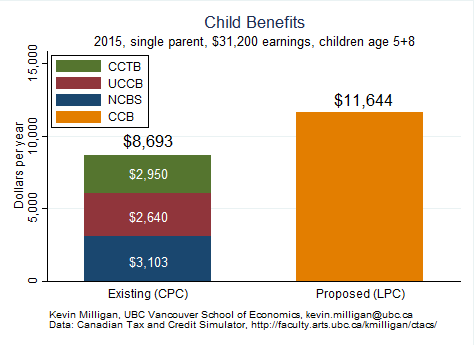 Tom Mulcair: “The NDP is categorical. We will not be raising taxes on individual Canadians. We are going to be asking Canadian large corporations to start paying their fair share. They’re the only Canadians who don’t right now. Mr. Trudeau and Mr. Harper are of one mind. They thought that dropping their taxes by tens of billions of dollars, way below that of our close trading partners, was a good idea; it hasn’t been.” 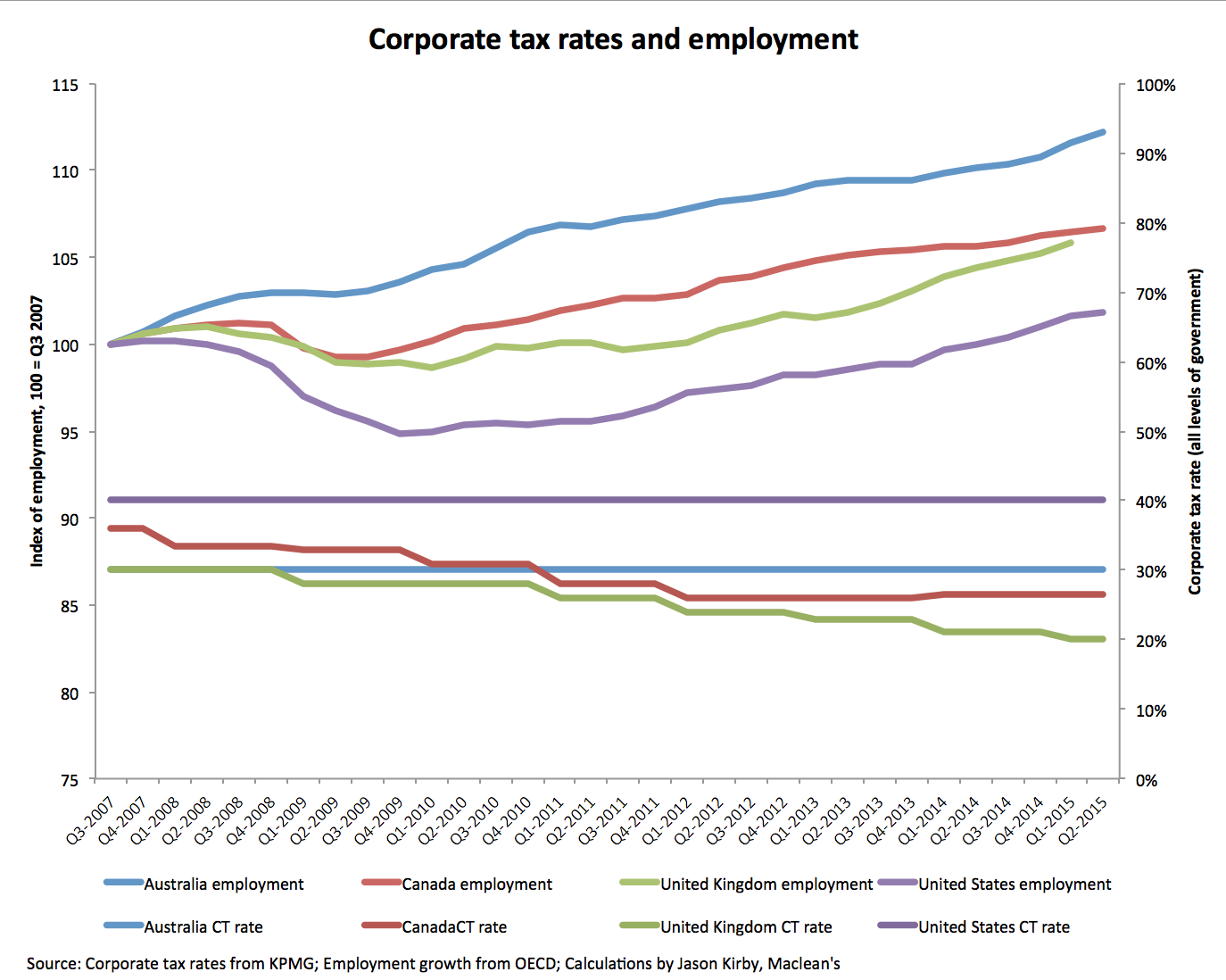 Justin Trudeau: “We’re the only party that’s said yes, we will run three modest deficits because it’s time to invest in Canada once again and give people the support they need. That’s why we’re going to work with municipalities and provinces to identify the necessary projects and get them built because we will invest in the future of our country.”

Does running a (smallish) deficit matter? Most economists don’t worry so much about it. They focus on whether the accumulated federal debt is shrinking as a share of the whole economy. And that key debt-to-GDP ratio is going in the right direction. Last fall, a TD Economics report said Ottawa will meet its debt-to-GDP target of 25 per cent by 2021 “easily while having the fiscal room to increase spending or reduce taxes.” That sort of analysis tends to back up Trudeau’s position that the deficits he’s proposing wouldn’t put Canada’s economy at risk.
—John Geddes

Stephen Harper: “While no doubt there are some people who are overextended, I think the housing story is a very positive story in this country. You know, you look around the world where there have been all of these financial and other crashes. A lot of them centred around the housing market. In Canada we have seen home ownership rise to record levels. We now have higher home ownership than the United States because people have been able to take advantage of lower interest rates when their job prospects have been solid and good and their incomes have been growing. That’s a positive Canadian story that we should celebrate.

“How do we in this unstable global economy continue to protect that going forward? We believe in bringing in specific incentives to help home owners, for instance the home renovation tax credit we’re bringing forward, improvements to the home buyer’s plan, the doubling of contributions to Tax Free Savings Accounts, things that allow people to save and invest more in their homes.”

Does the Conservative proposal to make home ownership easier make sense? Harper is talking here about letting Canadians buying their first home withdraw up to $35,000 from their RRSPs, up from $25,000 now. But Canada Revenue Agency gave Maclean’s figures that show a startling number of Canadians who borrow from their retirement savings under this so-called Home Buyers Plan already have a lot of trouble paying back the money as required. of the 1,768,640 individuals who had a Home Buyers’ Plan balance owing at the start of 2013, 885,700 did not come up with the full required annual repayment that year. It’s another indication of how heavy household debt levels are straining Canadians’ personal finances.
—John Geddes

Tom Mulcair: “I listened carefully to your question to the Prime Minister, and I was disappointed that he wasn’t able to go beyond resource extraction. Mr. Harper put all of his eggs into one basket, and then he dropped the basket. Four hundred thousand well-paid manufacturing jobs lost on his watch. There are now 300,000 more Canadians without a job than when the recession hit in 2008. So we have a plan to kick-start the economy, to grow manufacturing jobs, work on innovation.” 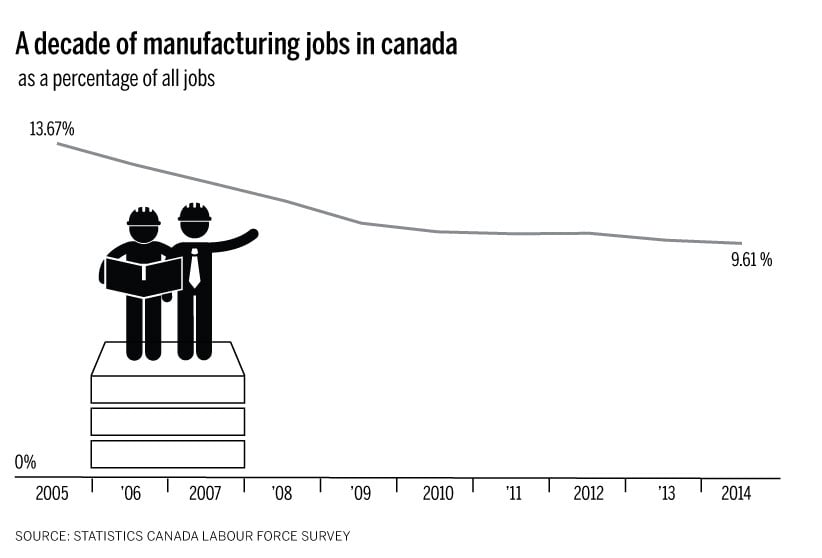