Anne Kingston: These are still just recommendations. But now that the spotlight has turned on Medicare's incomplete mandate, it will be difficult for politicians to step away. 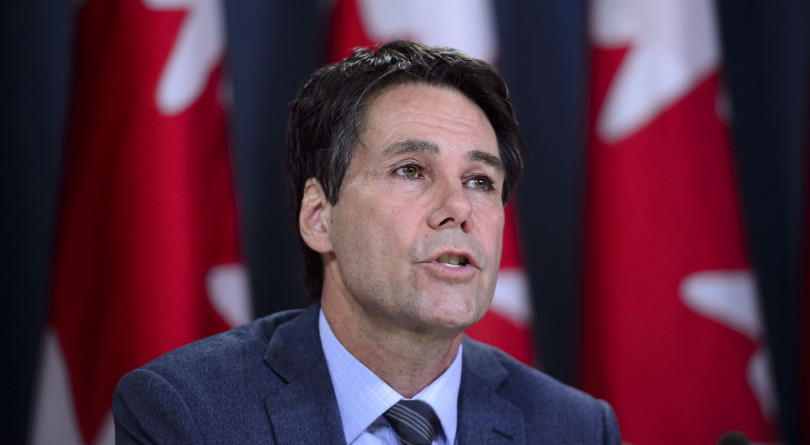 Canada inched toward the introduction of a universal, single-payer, public, national pharmacare system this week with the release of long-awaited recommendations from the Advisory Council on the Implementation of National Pharmacare. Coming as it does on the eve of the federal election, the 171-page report is already campaign fodder. Public support for universal pharmacare in this country is very high—84 per cent of Canadians are for it, according to a recent Environics public opinion poll. The NDP have long called for a similar plan. The report wasn’t out an hour when Conservative leader Andrew Scheer used it to slam the Liberals:  “I have zero confidence in their ability to handle this,” he said.

The Liberals cast pharmacare as an election platform at its policy convention in April 2018 when it voted for “a universal, single-payer, evidence-based and sustainable public drug plan,” with the proviso it required “provincial and territorial co-operation.” The advisory council, chaired by Eric Hoskins, a medical doctor and former Ontario Health Minister, had been convened after the 2018 budget. At that time, Finance Minister Bill Morneau said any national drug program would have to be “fiscally responsible” and designed to fill gaps in coverage — not to provide prescription drugs to Canadians already covered by existing plans.

The advisory council saw otherwise. Its report calls for a $15-billion universal plan covering all Canadians, and the creation of a new national drug agency that would draft a national list of prescription medicines covered by the taxpayer and also negotiate prices. An initial list of “common and essential drugs” would be drawn up by Jan. 1, 2022, then expanded to a comprehensive plan by Jan. 2, 2027. Once implemented, the program would save an estimated $5 billion annually in drug costs, Hoskins announced at a press conference.

READ: Why we need a pharmacare plan for Canada’s chaotic world of drug prices

Healthcare practitioners and researchers who supported universal drug coverage have greeted the report favourably. “Canada’s nurses applaud the findings,” the Canadian Federation of Nurses Unions announced in a statement, calling them “a victory for Canadians!” The proposed plan would bring “an end to the current costly and dysfunctional patchwork system of coverage,” the group stated.

Physician and drug researcher Joel Lexchin, co-author of Pharmacare 2020 and professor emeritus at York University’s School of Health Policy & Management, calls the recommendations good news, with a few caveats: “I was pleasantly surprised given what Morneau said last year about the fill-in-the-gaps kind of approach,” he tells Maclean’s.

But Lexchin also expresses frustration that it has taken so long to get this far. Prescription drug coverage was part of the country’s original 1964 Medicare plan. “There wasn’t political will,” he said. The lack of drug coverage, like the lack of dental coverage, has come at high cost, human and financial. A 2016 Canadian Community Health Survey revealed that approximately 20 per cent of Canadians (as many as 7.5 million people) don’t have prescription drug coverage. Approximately one million Canadians said they’ve had to choose between food and heat or a needed prescription. The survey also revealed that even those with drug coverage can face significant, often prohibitive out-of-pocket expenses— deductibles, copayments and annual or lifetime maximums. (The advisory council’s recommendations include copays of $2 for drugs on the “essential medicines” list and $5 for other drugs (with exemptions for the poor and a limit of no more than $100 per year per household.))

“It’s shameful that we’re in this situation,” Lexchin says. “We could have done something about it decades ago.” He views the proposed timeline as problematic: “They could have had the full plan in place before 2027,” he says, noting that the roll-out running beyond a single government mandate puts it at risk.

The major argument for a single-payer system is the cost efficiencies; it offers leverage to play hardball with drug companies at a time drug price increases are “unsustainable,” to quote the advisory council’s interim report. Canadians pay the  highest drug prices of any country with a universal health care system, with prescription drugs the second largest category of health care spending behind hospitals. Costs have risen from $2.6 billion in 1985 to $34 billion in 2018, with increases to more than $50 billion expected by 2028. Canada’s per-capita drug spending is the third-highest in the developed world, behind only Switzerland and the United States, according to the federal drug-pricing regulator.

The estimated saving of $5 billion annually could be on the low side, Lexchin posits. “It’s reasonable to assume we’ll get better bargaining on brand name drugs and better use of generics because a lot of the private plans don’t require generic substitution and we’ll save money on administrative costs. We’ll have to wait and see.” Lexchin wasn’t happy to see the inclusion of copays: “Even small copays discourage people from getting the medications that they need,” he says: “We saw that in Saskatchewan in the ’60s when they had a $1.50 copay on visiting doctors; it affected low-income people.” Wales and Scotland, countries less well-off than Canada, eliminated copays, he notes.

The advisory council’s report also called for a detailed national strategy by 2022 to fund drugs for rare diseases that can run into the hundreds of thousands of dollars annually;  Lexchin points to Novartis’s $2.1 million gene therapy for spinal muscular atrophy. No country in the world has been able to get a grasp on the exorbitant, rising prices in this area, Lexchin says. Canada can’t do it alone, he says, calling for coordination with other countries to put pressure on drug companies and make them accountable: “No one has said: ‘How much do you spend on R&D? What are your manufacturing costs? Show us the numbers’.”

RELATED: Federal Budget 2019: National pharmacare, but not quite yet

Alan Cassels, a drug policy researcher at the University of Victoria who has written extensively about overprescription and inappropriate prescription of drugs, is pleased with the report’s recommendation No. 36, which calls for more “appropriate” prescribing of essential medicines. “Before you even get into the cost of drugs, you have to dive into the issue of appropriateness of drugs,” he says. “And right now so much prescribing information that physicians get is tainted by industry influence or ‘expert opinion’ not based on evidence.” He cites B.C. as a model for coverage decisions being based on evidence. “As with all government purchasing, you want good comparison shopping,” Cassels says. “You want them to say, ‘Yes, we’ll pay for that new drug that’s $1,000 a month, but it better be a lot better than the old one that’s $10 a month’.”

Another predictable challenge will be funding. This week’s report included no proposed cost-sharing agreement, only that pharmacare will be negotiated with the provinces, a process destined to be fractious. The provinces would be all for a national plan if the federal government pays for it, says Lexchin. “But when you get into these cost-sharing agreements, how much do you have to bribe the provinces in order for them to participate? That might discourage some provinces from coming into the plan.”

As the nurse’s federation statement put it: “The ball is now in the Trudeau government’s court to make this a federal election priority and to move as fast as possible towards full implementation.” In a statement, Health Minister Ginette Petitpas Taylor didn’t appear to be in a hurry. The government will carefully review the report and recommendations “in the coming months,” she said, noting the feds “remain committed to implementing national pharmacare in a manner that is affordable for Canadians and their families, employers, and governments.” The Health Minister said she looked forward to working with the provinces and territories and other stakeholders “as we consider next steps.”

Those steps are destined to be shadowed by both political and industry demands. Lexchin expects drug companies to put pressure on the U.S. government, which in turn will put pressure on Ottawa. Cassels, too, expects a major fight from drug companies: “They depend on disorganized, chaotic provincial/private coverage to maximize profits.” After watching decades of lack of political will, Lexchin is circumspect. “These are still just recommendations,” he says. That’s true. But now that the spotlight has been thrust on Medicare’s incomplete mandate, and its myriad costs, it will be difficult for politicians seeking election to step away.