Ontario election 2018: Childcare promises that Doug Ford, the NDP and the Liberals are making

Daycare in Ontario can cost parents as much as $20,000 a year. So which campaign promises for childcare make the most sense? 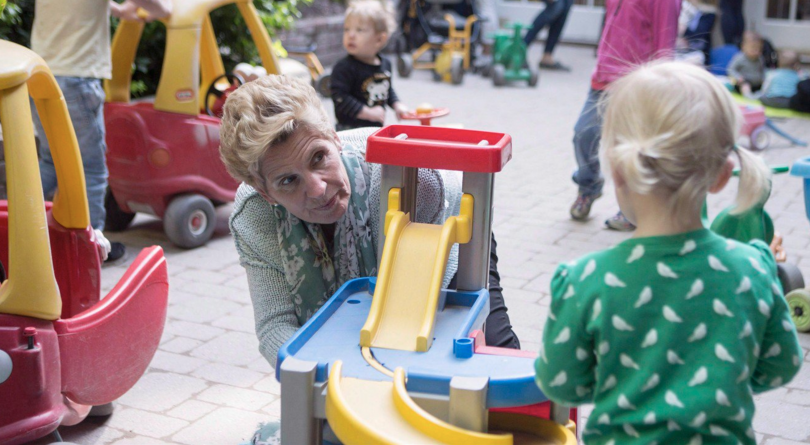 TORONTO – Childcare is one of the major issues in Ontario’s election, with all three main parties proposing vastly different visions of how best to help families at a time when daycare can cost parents as much as $20,000 a year.

Here is a look at each of the plans.

Who does it cover? The cost of childcare would be fully covered for all children from age 2 1/2 to four, when they can start kindergarten.

What types of care are included? Licensed childcare centres, both not-for-profit and for-profit.

What does it cost? Parents of preschool-aged children aged 2 1/2 to four would pay no daycare fees. The plan would cost taxpayers $2.2 billion over three years.

When would it be implemented? Starting in 2020.

What else does the plan offer? The Liberals would put $162.5 million toward helping with costs of infant and toddler care and $534 million over six years to build 14,000 more preschool childcare spaces.

What do the experts say? The plan was based on recommendations from University of Toronto economics professor Gordon Cleveland. Critics have noted that it doesn’t cover the most expensive years — infant care runs up to $25,000 a year, while the Liberals estimate their plan would save families an average $17,000 a year. But Cleveland calls it a first step.

“There’s no special magic about preschoolers except that we do have a lot more capacity at that age level right now,” says Cleveland, who also appeared at a Liberal campaign event touting the plan.

Rachel Langford, an associate professor of early childhood studies at Ryerson University, called the plan “sound” because there are a sufficient number of existing preschool childcare spots to accommodate increased demand that would come from free care.

“Unlike with infants and toddlers, where staff-child ratios demand more spots, I think that it would be easier to implement the plan (for preschool years).”

Who does it cover? Infants and toddlers at first, followed by preschoolers.

What does it cost? Families making under $40,000 would pay no fees. Families above that threshold would pay on a sliding scale based on their income. The NDP has said the average would be $12 a day, but has not provided any specifics about who would pay which amounts, except to say 70 per cent of families would pay $12 a day or less. After an initial $375 million investment from the government in 2018-19, the cost for taxpayers would ramp up to $3.8 billion in 2022-23, with a total projected cost of $11.4 billion over five years.

When would it be implemented? The plan would start with care for infants and toddlers in 2019-20, followed by preschoolers the following year.

What else does the plan offer? Existing subsidies would not be reduced. The number of licensed, not-for-profit childcare spaces would be expanded by 51 per cent — an additional 202,000 spaces — by adding more than 10 per cent each year. It would prioritize new spots in public schools. The plan also includes wage increases for early childhood educators.

What do the experts say? The plan is based on recommendations from the Ontario Coalition for Better Childcare. They have called for a universal childcare system that is affordable, pays early childhood educators well, and expands only in the public or not-for-profit sectors. The coalition says for-profit care tends to be of a poorer quality, and they say limiting for-profit childcare is key to responsibly expanding care in Ontario.

Langford believes the NDP is completely committed to their plan, but it would be “more challenging” to implement than the Liberal plan because infant and toddler spaces require higher child-to-staff ratios.

Cleveland says the NDP plan would create more demand for the infant and toddler spaces than it could meet.

“The NDP one that they’re talking about would be quite generous…that’s dramatically lowering the price of childcare. That would make it incredibly affordable for families. I don’t really have an objection to doing that. My objection is that what they’ve put forward is not a possible, feasible plan.”

But aiming for a high-quality system with an emphasis on not-for-profit care is a very important factor, Cleveland adds. “I don’t fault them for raising that issue.”

Who does it cover? Children under 15 years old

What types of care are included? Families could select from a variety of options, including licensed and independent childcare spaces, babysitters, nannies, after-school recreational programs, “and a range of other options, as long as it enables the parent to go back to work,” the Tories have said.

What does it cost? Families would receive an Ontario Childcare Rebate of up to 75 per cent of their childcare expenses, up to $6,750 per child until age six. For kids between six and 15, families would receive up to $3,750. It would work on a sliding scale, with families earning less than $34,800 qualifying for the maximum and declining to a rebate of 26 per cent of childcare costs for families with an income of $155,095 or higher. It would cost $389 million a year, the Tories say.

What else does the plan offer? The plan as announced by the Progressive Conservatives does not promise to create additional spaces.

What do the experts say? Critics seize on the amounts offered, saying even $6,750 would still leave some families paying nearly $15,000 a year for infant childcare.

Langford says the Tory plan doesn’t advance accessibility, but flagged the cost estimate as too low.

“The PCs are promising $389 million for the tax rebate,” she says. “There are 2.2 million eligible children from zero to 14…that would work out to about $175 per child.”

But the Tories say this is an oversimplification. Not all children would need some form of care, plus parents with an infant in care would spend far more than a parent paying for a pre-teen’s after-school sports program, they say.

The $389 million is in addition to money that would be available by repurposing billions of dollars in existing tax credits, they add.

Economist Kevin Milligan co-authored a paper last year on the benefits of a refundable tax credit for childcare. He wrote a blog post in support of the Tory plan when it was originally announced last year under former party leader Patrick Brown, saying it delivers the largest benefit to lower- and middle-income families and that the cost estimates were reasonable. However, after the party elected Doug Ford as leader, he said the commentary no longer reflected his views.