Ontario election 2018: How far the leaders have travelled—and where 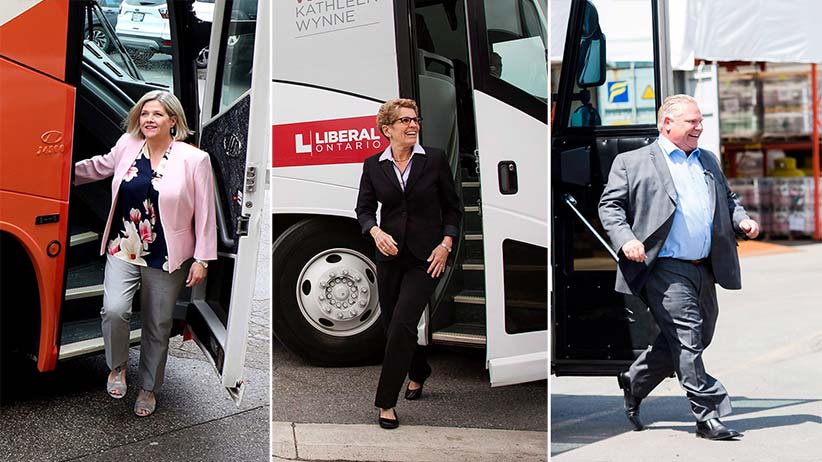 Over the course of the Ontario election campaign, Maclean’s has tracked how far each candidate travelled, and where, before Ontarians head to the polls on June 7.

How far Wynne, Ford and Horwath have travelled

At the end of the campaign, Andrea Horwath and Kathleen Wynne are neck-and-neck – at least when it comes to how far they travelled. Based on campaign stops listed in media advisories, both leaders travelled more than 8,000 kilometres in the past month trying to get Ontario voters on their side. To put that in context, that’s more kilometres than it would take to cross the entire country, from Halifax to Vancouver. Doug Ford lagged behind most of the campaign. He caught up to the other two leaders at the beginning of June with a trip to northern Ontario, but it wasn’t enough to close the gap. 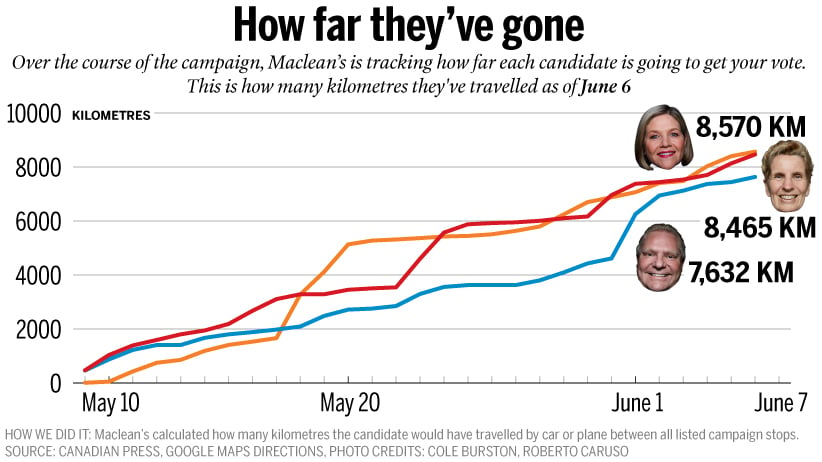 Where the leaders have gone

All three candidates spent a lot of time in Toronto. Horwath has made the most stops in Northern Ontario and focused efforts on the southwestern part of the province. Wynne focused on the Golden Horseshoe and the Ottawa area, while Ford disbursed around southern Ontario and was the first to visit the Niagara Region.