10 things about the Maclean's Town Hall with Justin Trudeau

Who, what, where, when? We have you covered. 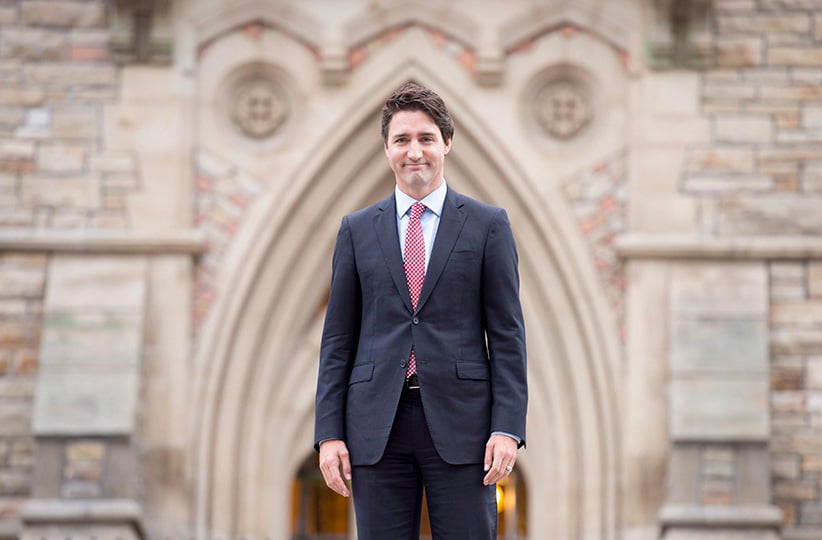 On Dec. 16 at 2 p.m. ET, Prime Minister Justin Trudeau will take questions from Canadians during a live town hall in Ottawa. Questions? We have answers.

The town hall will be carried live, commercial-free, on Macleans.ca, City, OMNI 1 in Italian, OMNI 2 in Mandarin, Rogers TV (in Ontario, New Brunswick and Newfoundland), CPAC, and CPAC.ca at 2 p.m. ET. It will also stream live on YouTube and the Maclean’s Facebook page.

Later in the evening, City, OMNI 1 in Italian, OMNI 2 in Mandarin, Rogers TV and CPAC will broadcast an encore presentation of the Town Hall, commercial free, at 7 p.m. ET/PT (check local listings).

We’ll have a replay of the event on Macleans.ca just as soon as we can on Thursday.

3. How did you land the #MacTownHall?

Political Editor Paul Wells explains: “In conversations with PMO staff for an article on Justin Trudeau’s governing style, I was told he hoped to do town-hall-style interviews to mark the year’s end. We quickly put together a proposal and sent it in. We’d had a lot of practice doing something similar for the August election debate, so we were able to move quickly on this project.”

4. Who are the town hall moderators?

Paul Wells is your host. Way back at the outset of the 2015 federal election campaign, he put questions to the federal leaders during the Maclean’s National Leaders Debate.

Rachel Giese of Chatelaine and Alec Castonguay of L’actualité will also ask questions of the Prime Minister.

We invited four non-partisan groups devoted to political engagement to attend the town hall. Watch for questions from Samara’s Everyday Political Citizens, Ottawa’s Citizens Academy, the Parliamentary Internship Programme, and University of Ottawa students from iVote-jeVote. There are team members from Refugee 613 in the crowd. The past chair of the Grandmothers Advocacy Network will be in the room. We also invited students from the Clayton Riddell Graduate Program in Political Management at Carleton.

Mixed in the audience are readers of Maclean’s, Chatelaine, Today’s Parent, Canadian Business, plus viewers and listeners of CityNews, OMNI, and Rogers TV and radio stations.

6. Where did the questions come from?

Last Friday evening, we invited Rogers readers, listeners and viewers to tell us what they would ask the Prime Minister. We received hundreds of replies through our websites, hundreds more through Facebook, Twitter and Instagram.

7. How did you pick the questions?

Reader response was overwhelming. We watched thoughtful, articulate questions come in from every corner of Canada. They touched on just about every policy file, asked the Prime Minister about his daily routine, and occasionally went for the absurd (“Do you keep your ketchup in a fridge or pantry?”). The Maclean’s team spent hours poring over every single one of them. We’ll make sure those questions are front and centre in the town hall.

8. Did the PM see the questions ahead of the town hall?

Why, that’s French for Jerusalem artichoke, of course.

10. What are you even talking about?