2014 Parliamentarian of the Year: Irwin Cotler

'This is the voice of the people. This is the seat of governance. This is where the laws of the country are made.' 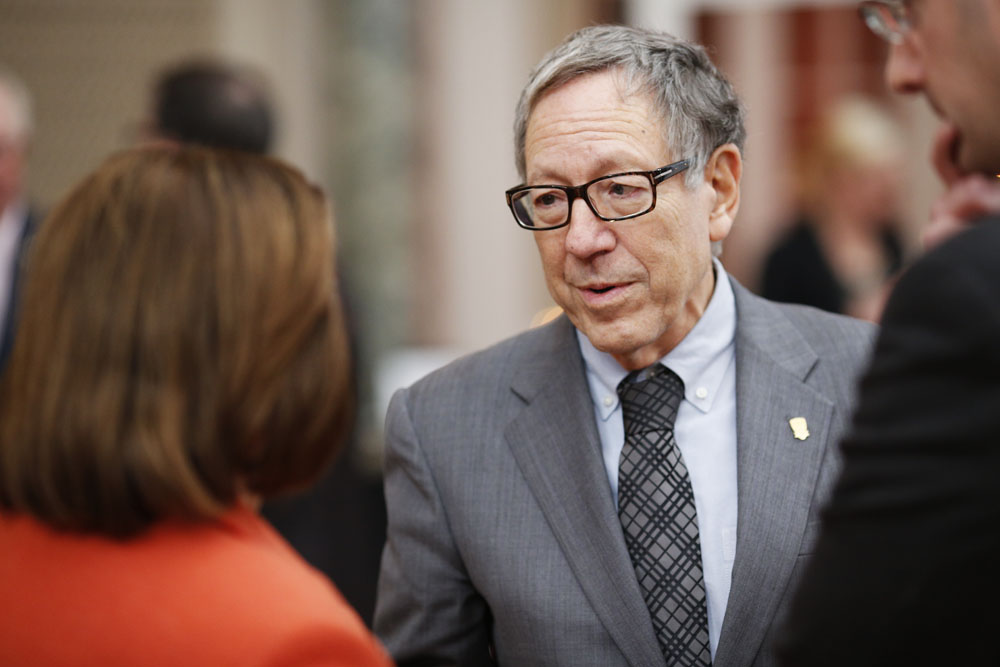 Irwin Cotler has this story about his father, about being brought to Ottawa at the age of 11 and being shown the Parliament buildings and his father turning to him and saying, “Son, this is vox populi, the voice of the people.”

That 11-year-old did not decide then and there that he would one day occupy a seat in the place of the people. That he would one day become a credit to the institution was perhaps even unlikely—at least, until the McGill law professor and defender of political prisoners finally agreed to run for the Liberals in a by-election in 1999.

Even then, he thought he’d just be in Ottawa for a year, then maybe for a full term.

When he finally steps away next year, the widely respected 74-year-old will have been an MP for more than 15 years, having served in government and opposition. As justice minister from 2003 to 2006, he tabled the Civil Marriage Act and reformed the process for appointing Supreme Court justices. As an opposition MP, he has contributed to multi-partisan efforts to raise awareness about the situations in Iran and Darfur, tabled a bill to better ensure legislation complies with the Charter of Rights and Freedoms, and pestered the government with finely honed questions (one filed this spring was a 79-part, 1,785-word interrogation of the issues surrounding the attempted appointment of Marc Nadon to the Supreme Court).

He has been publicly thanked by Foreign Affairs Minister John Baird for his counsel on international concerns and, three years ago, his proposals eventually convinced the government to amend its own legislation to make it easier for victims of terrorism to sue perpetrators. He is currently hoping to get unanimous approval to declare Dec. 10 Speak No Evil Day in Parliament. “Irwin is, first and foremost, a parliamentarian,” says Conservative MP Michael Chong, “who has a deep respect for Parliament as a legislature and the House of Commons as the primary centre of power in our democracy.”

FILED UNDER: Irwin Cotler Parliamentarians of the year