Philippe J. Fournier: New data shows that on climate change, Conservative supporters are way out of step with voters from every other major party in Canada 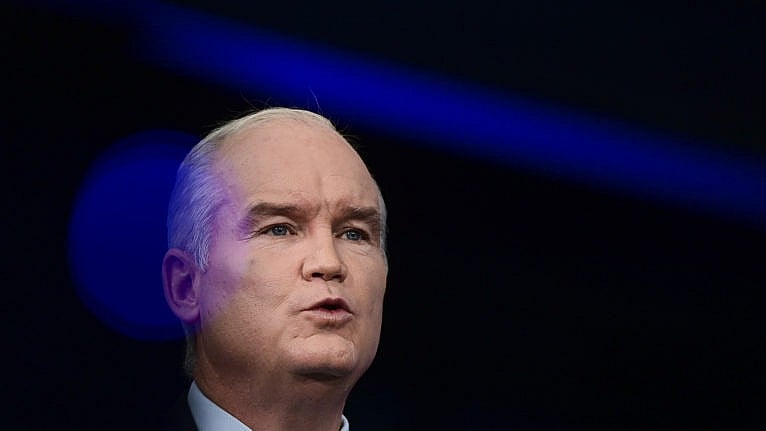 O'Toole holds a press conference in Ottawa on May 13, 2021 (Sean Kilpatrick/CP)

Debate surrounding climate change and the urgency to implement policies to act upon it is increasingly becoming a partisan issue in Canada. Opinion polls have indicated a growing divide in support for initiatives regarding climate change. In 2020, EKOS Research Associate’s Frank Graves wrote in Northern Populism that “in 2015, the gap between conservatives and liberals on climate change was 12 points (21 per cent versus nine per cent). This has burgeoned to 36 points (43 per cent versus seven per cent).”

This gap doesn’t appear to be narrowing.

Fresh data provided by the latest poll from the Angus Reid Institute (ARI) shows Conservative voters stand alone in believing that climate change should not be a priority for the federal government. According to Angus Reid’s data, many Conservative Party of Canada (CPC) voters do not even consider climate change as a serious threat to the planet, unlike voters from all other major federal parties.

Let us look at the data. To the question: “How much of a threat, if any, do you think climate change poses for planet Earth?”, a clear majority of the poll’s respondents (74 per cent) answered climate change is either a “serious” or a “very serious” threat.

However, when breaking down the crosstabs along the respondents’ 2019 federal vote, ARI measured that, among Conservative voters, only 41 per cent agreed climate change is a serious threat, but over 90 per cent of Liberal, NDP, BQ, and Green voters perceived it as such. Here is the breakdown per 2019 federal vote:

Moreover, 28 per cent of Conservative voters believe that climate change is not a threat at all, a view shared by a measly one per cent of voters from other parties.

Additionally, while roughly nine of 10 non-Conservative voters agree that “climate change is a fact and mostly caused by human activities” (which is the actual scientific consensus on the matter), only about a third of Conservative voters acknowledge it. Rather, a plurality of CPC voters (43 per cent) believes that “climate change is a fact and is mostly caused by natural changes and cycles,” a popular dog whistle catch phrase dear to many internet climate deniers. (“But the climate has always been changing!”)

The Angus Reid poll was fielded only days after the release of Chrystia Freeland’s first budget in mid-April, which included several policies and spending aimed at reducing Canada’s carbon footprint in the coming decade. Whether those policies will actually work in reaching those targets is uncertain: From Kyoto to Copenhagen, Canada has had a poor record of meeting emission targets, so some skepticism is understandably warranted.

To wit, Angus Reid asked its panel whether Canada should in fact increase efforts to reach its 2030 targets of lowering carbon emissions by 40 to 45 per cent from 2005 levels as per the Paris Climate Agreement. Among the poll’s respondents, a majority of Canadians (56 per cent) believes the government should increase efforts to reach those targets, 25 per cent say Canada should stay the course even if it means falling short, while 19 per cent would prefer to see the government decrease efforts and not worry about the targets.

However, once again, the numbers show a deep polarization in the results between CPC voters and non-CPC voters:

The results among non-CPC voters are stunningly similar, all within a reasonable margin of each other considering the size of the poll’s subsamples.

Yet, among Conservative voters, half of respondents answered that Canada should “decrease its efforts and not worry about the 2030 targets”, a view shared by only 2 per cent of voters from other major parties.

Whatever the merits and shortcomings of Erin O’Toole’s proposed “Carbon Rewards Program”, such poll results clearly demonstrate why a significant portion of the pushback again O’Toole’s plan came from conservative friendly circles: Why would your supporters agree to such a complex—and probably costly—plan if many within your own rank do not even hear (or choose not to hear) the alarm bells climate scientists have been ringing for decades?

Yet, the mere fact that the CPC leader does address the need to reduce carbon emission via government-mandated levies (i.e. taxes) is a sign O’Toole is at least trying to reach voters outside his own base. From a purely political and math-based standpoint, this strategy has merits. According to the 338Canada federal projections, O’Toole could afford to lose 15 points in Alberta and the Prairies if he can grab five or six points away from the Liberals in Ontario and Quebec. The net result of this hypothetical shift would be a clear gain of Conservative seats in the House of Commons.

Whether O’Toole’s climate strategy will work still is up in the air. The pandemic and the vaccine rollout will probably be top of mind for many Canadians and occupy most media cycles throughout the summer months. Besides, current voting intentions show the CPC has indeed lost close to 15 points in Alberta (compared to the 2019 election results), but has yet to gain any ground in Central Canada.

Nevertheless, Erin O’Toole finds himself in climate purgatory. Data from this poll suggests that if conservative voters in this country ever embrace serious policies to curb Canada’s carbon emissions, they will do so kicking and screaming. But unless O’Toole manages to convince his faithful base of supporters that there are no plausible path to victory without a credible environmental plan, the CPC could remain on opposition benches for years to come.