Philippe J. Fournier: The latest 338Canada projection puts the Liberals as 50-to-one favourites to win the most seats and the Conservatives failing to turn the tide post-convention 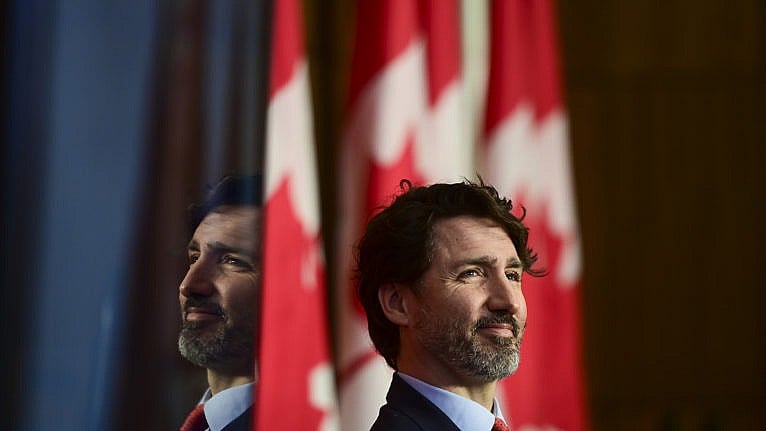 Even though several parts of the country are entering a third wave of the pandemic with abrupt rises in infection rates, there is reason for medium-term optimism, as most Canadians should be fully vaccinated by late summer if things go as planned. (Quebec Premier François Legault even went as far as publicly predicting that all Quebecers willing to receive the vaccine will get their first dose by June 24.)

Hence, there could be a window for federal Liberals by summertime to try what three provincial legislatures (British Columbia, New Brunswick, and Newfoundland and Labrador) have managed since last summer: upgrade from a minority to a majority.

The Conservative Party’s national convention has come and gone, and we now have post-convention polling numbers from several firms to analyze. The least we can say is Erin O’Toole’s party did not benefit from this heightened media exposure, which, rightly or not, centred around the rejected motion stating that climate was real and that the CPC should act upon it. Although the movement in voting intentions has been modest in the aggregate, other indicators such as low leader favourability for O’Toole and still reasonably high government approval (58 per cent according to Léger) could signal difficult times ahead for Erin O’Toole.

Here is a short recap from the past two weeks:

We add these latest polls to the 338Canada model and present today this updated federal projection (you will find all federal polls listed on this page). Here are the weighted averages of the main five parties: The Liberal Party leads the fold with 37 per cent support nationally, three points higher than the party’s 2019 results:

The Conservatives take second place with an average of 30 per cent, four points below their 2019 score. The New Democrats currently sit at 18 per cent, but, as mentioned above, there is significant disagreement among Canadian pollsters on where the NDP stands, which explains the projection’s wide confidence intervals (a bell-curve stretching from 14 to 21 per cent, 19 times out of 20). The NDP projection is uncertain specifically because the party’s numbers have been all over the place of late.

Finally, the Bloc Québécois is holding its own with 7 per cent nationally (29 per cent in Quebec on average), marginally below its 2019 results. The Greens remain mostly steady with an average of 6 per cent.

How do these levels of support translate into seats? The Liberals have slowly creeped back up above the majority threshold (of 170 seats), but barely: the LPC wins an average of 172 seats, including 40 in Quebec, 80 in Ontario, 27 in Atlantic Canada, and 15 in British Columbia (all averages).

The Conservatives win an average of 108 seats, including 31 in Ontario, 30 in Alberta, 19 in Manitoba and Saskatchewan, and 13 in British Columbia.

For the Conservatives to win an election with these numbers, they would have to win all close races (toss up and leaning districts), and hope for a favourable vote-splitting between the Liberals and NDP. Oh, and the polls would obviously have to underestimate the CPC considerably, which is possible, but it has not occurred in the previous two federal elections.

Here are the seat projection probability densities for the Liberals and Conservatives. Notice that, even considering these projections’ high uncertainty, both curves now barely overlap. In short, if an election were held this week and these were the last available numbers, the Liberals would be 50-to-1 favourites to win the most seats.

Here is the probability density of the seat difference between the Liberals and Conservatives. Red columns, the LPC win the most seats; Blue column, the CPC does. As you can see, the numbers are heavily tilted towards the Liberals:

While it is not hard to imagine Liberal strategists rejoicing at these numbers, the current state of the pandemic in Canada renders the idea of a spring federal election unfathomable. L’actualité political bureau chief Alec Castonguay reported last week the Liberals were now eyeing a September election in the hopes that, by then, a vast majority of Canadians will have received at least one if not two doses of the COVID-19 vaccines. The vaccine rollout has been picking up the pace in March, albeit unevenly across the country, and should continue to do so in April.

Growing optimism among fully vaccinated voters throughout the country should, theoretically of course, improve the Liberals’ electoral fortunes, especially if Erin O’Toole is unable to turn the tide on his public perception.