338Canada: The Liberals stumble out of the gate in week one

Philippe J. Fournier: After one week, our projection shows the race tightening, support for the NDP growing and the odds of a Liberal majority shrinking 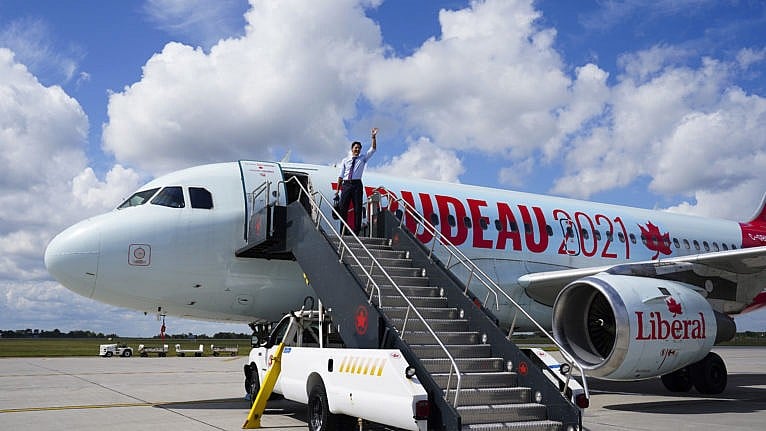 The first of this five-week campaign has come and gone. Even though many observers have described the past seven days as quite underwhelming, there was nevertheless a massive amount of federal polls for data aficionados to enjoy, analyze and deconstruct. So let us start with a short recap of the week that was in federal polling:

The updated 338Canada projection has the Liberal Party at an average of 34 per cent nationally. However, as you can see on the chart below, there is a notable spread between where pollsters have measured LPC support. All polls nonetheless fit into a 34 per cent ± 4 per cent interval:

The Conservatives sit at an average of 30 per cent, with polls ranging from 26 to 33 per cent:

As for the NDP, it is still hovering around the 20 per cent mark, with polls ranging between 18 and 22 per cent.

Here are the 338Canada vote projections for all major parties. Notice that the confidence intervals (the coloured bars) of the LPC and CPC now overlap significantly, meaning that while the Liberals still hold the lead in the aggregate, the Conservatives are now well within range, which was not the case one month ago:

Breaking down these numbers per regions and demographic tranches, the 338Canada model has the Liberals at an average of 156 seats—essentially where the LPC stood at dissolution. The Conservatives sit an average of 117 seats, barely below their 2019 result.

The only party currently projected to make significant gains is the NDP, with an average of 36 seats (compared to 24 seats in 2019). This tightening of the race, combined with stronger support for the NDP, has significantly decreased the odds of a Liberal majority over the past week. As of this writing, the most likely scenario would be, once again, a Liberal-led minority in the House of Commons:

“The earlier you fall behind, the more time you have to catch up,” is something I jokingly tell my students in the first week of a semester, and it is, obviously, terrible advice. How could one explain why the Liberals came out so flat in week one? A Liberal optimist would argue they may be keeping their best game for when more Canadians come back from vacations and begin following the campaign more closely. While it is generally true that it’s better to finish strong than to start strong, sometimes (often?) the first weeks of a campaign can set the tone for what follows. One should never underestimate the importance of momentum (or at least perceived momentum) in politics, especially during this short of a campaign. Just ask the Nova Scotia Liberals.

There is little doubt from the numbers released this week that the LPC stumbled out of the gate. Perhaps the good news for Justin Trudeau is that he still has four weeks to catch up.