A 338Canada projection: Have the Tories blown it in Quebec?

Philippe J. Fournier: The Conservatives have fallen behind the surging Bloc, cutting the odds of seat gains needed to win the election 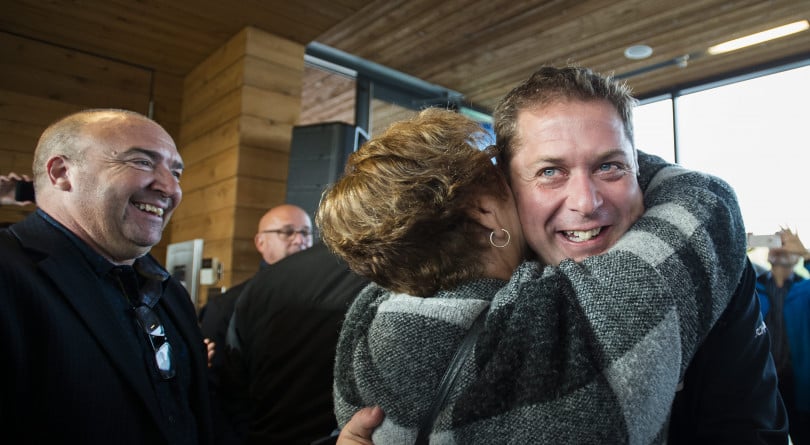 At the outset of the campaign, no serious data showed that the Bloc québécois could be a major player in this election. It appeared the Bloc would remain a fringe party fighting to reach the official party status threshold of 12 seats in the House of Commons. Yves-François Blanchet, the charismatic new Bloc leader, sought to pick fights with other leaders by repeating key talking points about Quebec values, and hammering away at the idea that all Canadian politicians basically work against the interests of the province.

For the first three weeks of the campaign, Blanchet toured Quebec and was pretty much ignored by all other federal leaders. It was not necessarily an unsound strategy: why give attention to the Bloc if it is just going to rile up Quebec sovereigntists? Best not to poke the sleeping bear, Liberals and Conservatives alike appear to be thinking.

In terms of basic arithmetic, without a dominance in Ontario similar to what Stephen Harper achieved in 2011—73 of province’s then 106 seats and 44 per cent of the vote—there is simply no path to victory for Andrew Scheer’s Conservatives without significant gains in Quebec. And, as of this writing, the 338Canada poll average for Ontario still gives the Liberals a significant edge in the province. Of all the polls published in the past week, the Conservatives are at best in a statistical tie with the Liberals in Ontario, and at worse 10 points or more behind the Grits.

And so, without a majority of Ontario seats on the horizon, Andrew Scheer needs Quebec more than ever to have hope of winning, barely, a plurality of seats.

Polls in the field in Quebec since the spring certainly indicated that net gains for the Tories in Quebec were possible, if not highly likely. The Angus Reid Institute polled the Tories in the high 20s in Quebec back in April; Léger (who knows a thing or two about Quebec) had the CPC as high as 30 per cent in Quebec in early June. It appeared as if the CPC was poised for gains in the province compared to its 2015 numbers (16.7 per cent of the vote and 12 seats).

Alas, since the campaign began, Quebec numbers have foundered for Scheer. According to the latest 338Canada poll average, the CPC has fallen to third in the province behind both the Liberals and the surging Bloc. Here are the numbers: Seat-wise, it looks as though the Conservatives will hold on to their Quebec strongholds, mostly around the Quebec City area. The recent rise of support for the Bloc québécois has all but cut short any hope for net gains in the province. With a poor TVA debate last week, Scheer may have blown the opportunity to gain in the province. The collapse of the NDP in Quebec benefits, as of this writing, solely to the Bloc and Liberals. Let’s recall that Tom Mulcair won 25 per cent of the Quebec vote in 2015, along with 16 Quebec seats—the most in any province for the NDP. With the NDP barely polling in double digits in Quebec, all of those seats—save for Ruth Ellen Brosseau in Berthier-Maskinongé and Alexandre Boulerice in Rosemont-La Petite Patrie—will surely change colours on election day.

However, should Bloc support keep increasing into the mid- or high-20s, we could also begin to see a number of Liberal seats in danger in Quebec.