A big problem for Parliament, in one chart

Canada is a decidedly diverse nation; multiculturalism is one of the pillars of our national identity. Yet, this distinction isn’t reflected in our federal politics. Canada’s Parliament has been run primarily by white men and, relative to the makeup of the population, the beliefs and opinions of Canada’s minority groups (including women) are uniquely under-represented. Today, we break down minority representation in the 41st Parliament. Will this change in the coming election? 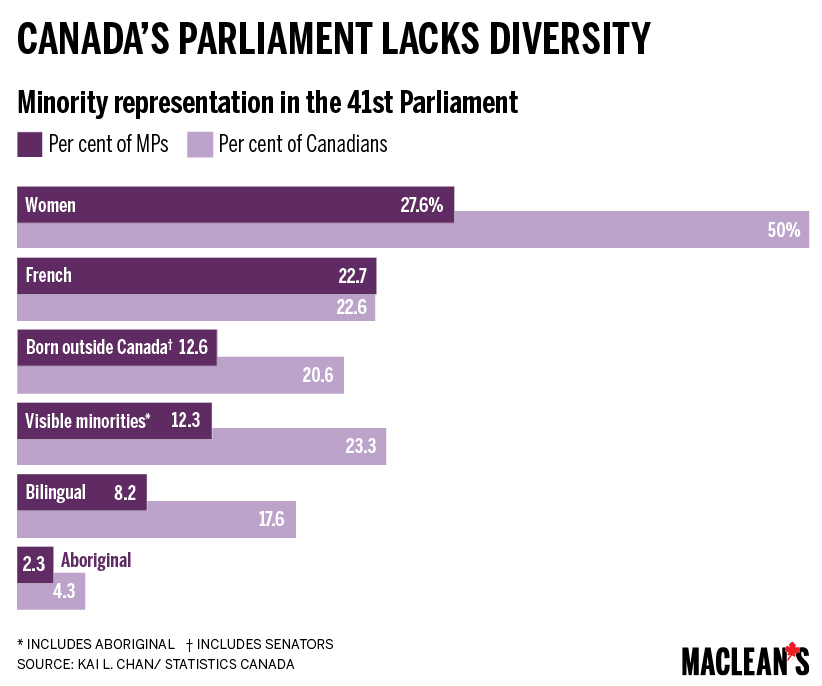