The Conservatives and the Liberals have both rolled out policies meant to address housing affordability for new buyers. They don't really work. 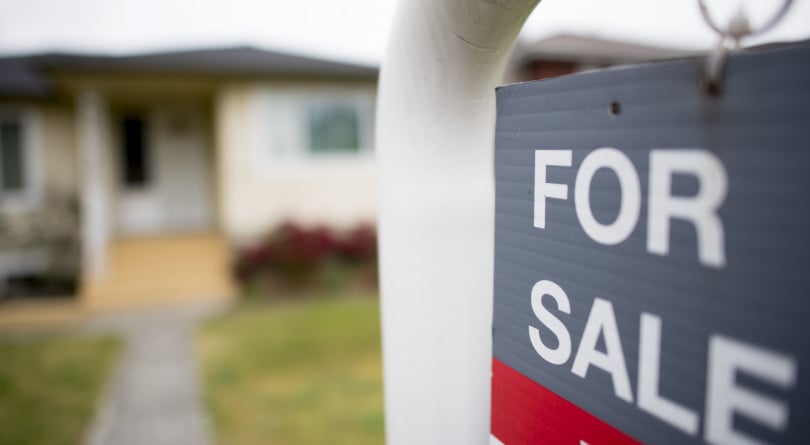 A home on the market in Vancouver on June 12, 2018 (THE CANADIAN PRESS Jonathan Hayward)

Evan Siddall can’t say the Conservative Party’s campaign pledge to increase the amortization period on mortgages is “dumb.”  Not right now, at least.

As president and CEO of the Canada Mortgage and Housing Corporation (CMHC), Siddall is a civil servant with a “duty to remain impartial,” he writes on his Twitter feed, adding “it is inappropriate for me to offer comments on policy during an election campaign.”

But when Andrew Scheer unveiled his platform promise to fix housing affordability—in which the Conservative leader said he’d extend amortization periods from 25 years to 30 years for first-time home buyers (thereby lowering monthly payments), and make changes to the mortgage stress test that might keep a potential buyer out of the market—it’s not hard to predict out how the CMHC boss might react.

That’s because earlier this summer, before the federal election period officially started, Siddell was speaking on a panel when he was asked his thoughts on extending amortizations from 25 years to 30 or even 50 years. “If you extend amortization, you’re increasing demand and increasing debt,” Siddell replied. “So, you know my answer: I think it’s dumb.”

Real estate analysts are equally skeptical of whether the Conservative’s promise will actually address the root problem of housing affordability.

“This is a short-term fix,” says John Pasalis, president of real estate brokerage company Realosophy. “It will help the home buyer who’s in the market right now. But if this stimulus drives more demand—which it probably will, and pushes home prices up eight to 10 per cent per year, versus the 2 per cent increase we’re seeing now—well, then all of a sudden homes are even less affordable one year from now.”

Meanwhile, those new home owners are taking on more debt, Pasalis adds, and the problem of housing affordability is passed on to prospective buyers a year or two down the road, especially in cities that are the least affordable, like Toronto.

Imagine if mortgages could be amortized over 100 years, explains independent analyst Ben Rabidoux. It’d make monthly payments lower, but would that really be addressing housing affordability? “I’d argue it’s not,” he says.

That’s because, to him, there’s a difference making housing more affordable, and making the carrying costs of a home more affordable. “One is the price of the asset,” says Rabidoux, president of research firm North Cove Advisors. “The other is carrying the cost of the debt.”

Not that the Liberals have proven to have long-term solutions. Justin Trudeau’s first campaign promise to expand the First-Time Home Buyer Incentive had its fair share of criticism—from fear that it would increase demand and push up house prices further, to concerns that the government (and taxpayers) are taking on risk by having equity in homes if there’s a downturn in the market.

The Conservatives platform, meanwhile, has drawn praise from the Canadian Real Estate Association and the Canadian Home Builders’ Association, industry associations which say the move would make financing homes more flexible and help open the door to first-time buyers.

Both Rabidoux and Pasalis say there are some positives to be found in the Conservative’s plan: namely, cracking down on money laundering in the real estate sector, opening up surplus federal real estate to development, and removing the stress test from mortgage renewals (the stress test is meant to ensure that people can still afford mortgage payments if interest rates rise).

“I don’t think people should be stress tested once they own a home,” Pasalis says. “It handcuffs you to stick with your current bank even if you don’t want to stick with them.”

Nor does Rabidoux think extending amortization periods to 30 years is something that will get people too worked up—not when the U.S. has 30-year mortgages, as did Canada as recently as 2012.

“But are these [campaign promises] addressing what they’re meant to? Absolutely not,” Rabidoux says. “The fact that the head of CMHC was pushing back against these ideas should be a concern.”