A lesson from Stephen Harper for Justin Trudeau 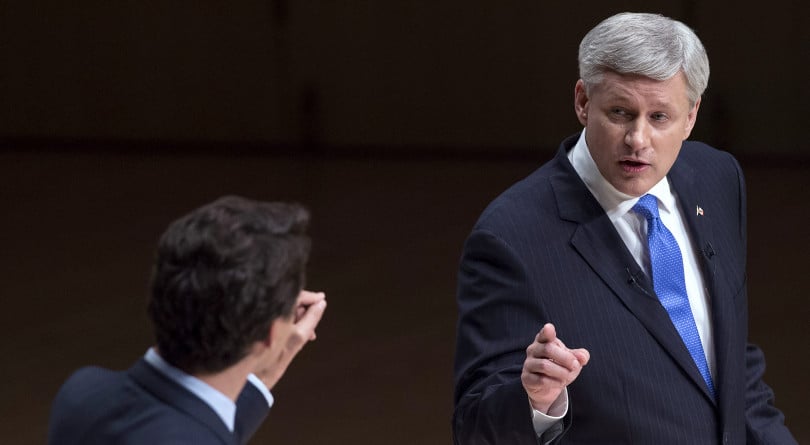 Clean up time: It’s probably getting time for the Liberals to panic, writes Paul Wells. But all is not lost for Prime Minister Justin Trudeau as he tries to turn around his abysmal polling numbers. It’s not the only way the party can reverse its momentum, but Trudeau can start by convincing Canadians he is the best person to clean up the mess Trudeau made:

There’s even precedent: Stephen Harper’s 2008 sweater-vest election, when he ran almost comically grandfatherly ads (seriously, look at this one) to rebut the notion that he was basically a thug. He had a cheerful breakfast chat with campaign reporters in Toronto (Harper ate nothing and drank only water) to blur accurate memories of his two-year feud with the Ottawa press gallery. The message was, essentially, “I’m not the person you have been watching govern the country for two and a half years. Or not always. Or not only.” (Maclean’s)

A Conservative majority?: Speaking of abysmal polling numbers, a new seat projection by 338Canada based on current polling data puts the Conservatives safely in majority territory. The 388 model has the Conservatives winning 174 seats, four more than needed for a majority, writes 388 creator Philippe J. Fournier. A lot can happen between now and election day, but Fournier notes that three recent provincial elections—Ontario, Quebec and Alberta—were all won by parties which led in the polls for months: “Sometimes, when an electorate has made up its mind, whatever happens in a campaign is nothing but noise.” (Maclean’s)

Green machine: One potential spoiler for the Liberals: Elizabeth May‘s Greens. Her party has emerged as a potential sleeper in an increasingly polarized political moment, writes Anne Kingston, “one defined by the global rise of authoritarianism, fear politicking, unprecedented concern about climate change and a rejection of ‘politics as usual’.” And while the Greens’ recent successes at the provincial level may be small in absolute seat terms, “they represent what could be a looming battle with the NDP for the Canadian progressive vote, one that also risks benefitting the Conservatives, the party least concerned with climate change.” (Maclean’s)

Green support will get another test today with a byelection in the B.C. riding of Nanaimo-Ladysmith, once considered an NDP stronghold. For what it’s worth, the Greens’ own polling points to a strong showing. “I can pretty much guarantee that we will come first or second,” said the campaign manager for Green candidate Paul Manly. (CHEK News)

Lawyered up: Soon-to-be former Liberal MP Andrew Leslie is keeping mum about reports that he’ll be testifying against the government on behalf of suspended Vice-Admiral Mark Norman. Norman is accused of leaking cabinet documents. Citing “lawyers instructions” he refused to comment. According to sources, Leslie told Trudeau he would testify for Norman more than a year ago, though it’s not clear whether he’ll appear as a character witness or with more substantive evidence. (CTV News)

Couldn’t catch the weekend political shows? Here’s some of what you missed:

The province of Saskatchewan may have lost its appeal court challenge against the federal carbon tax plan, but Premier Scott Moe laid out his plan to continue fighting the program on constitutional grounds, starting with an appeal, he said on CBC’s The House: “We had two [of the five] judges that had put forward that they did believe this was not constitutional — that the federal government should not have the ability to to implement this tax on hardworking Saskatchewan residents.” (CBC News)

Next door, Alberta Premier Jason Kenney said on Global’s West Block that officials there are reviewing the decision to determine whether the government will launch its own court challenge based on what he sees as differences in his province’s case. (Global News)

Calling carbon taxes “an attack on Alberta” a political scientist from the University of Calgary, Barry Cooper, said on the West Block that it’s overly simplistic for people to describe Western anger as “alienation”: “There’s been a long train of abuses on Western Canada. It’s not alienation. That’s what Laurentian Canadians project as a kind of psychological problem that Western powers have [but] they understand perfectly well that their interests are not being looked after by the Government of Canada. Simple as that.” (Global News)

RIP USMCA: The former U.S. ambassador to Canada Bruce Heyman believes the renegotiated trade agreement between Canada, the U.S. and Mexico is dead on arrival. And the blame lies with President Donald Trump, he said on CTV’s Question Period: “Had they just quickly passed a deal in 2017, signed an agreement between the three countries… in early 2018, he had the Congress, he had the Senate, he had the Mexican government in place, and there were no elections coming up here. He could have passed it, scored a victory, and it’s done. They messed up the clock. Second, they did not collaborate or communicate with unions, nor did they work with the Democrats. So now they find themselves in a position where the Democrats, and the unions in the United States have a different perspective.” (CTV News)