A new 338Canada/Maclean’s projection: Could SNC-Lavalin hurt the Liberals again?

Philippe J. Fournier: Pollsters are likely in the field on the heels of the latest developments in the SNC-Lavalin affair. Right now, Liberals and Tories are statistically tied. 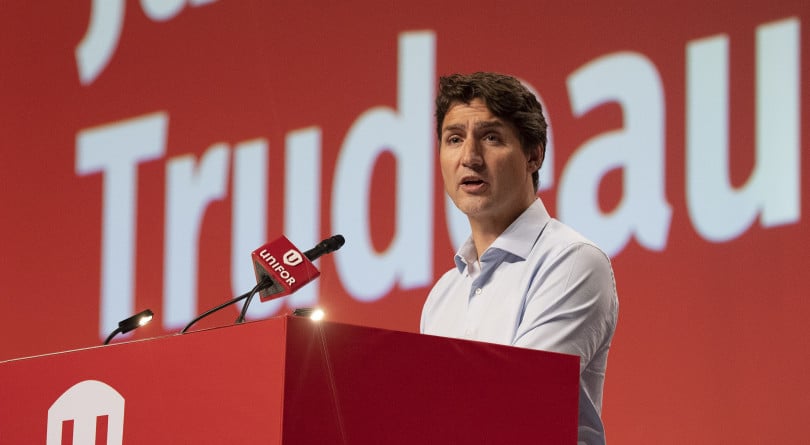 It was an abnormally busy summer week on the federal front with the publication of Ethics Commissioner Mario Dion’s report on the SNC-Lavalin affair—a saga that took the country by storm in February (and lasted well into the spring), which then sent Justin Trudeau and the Liberals into a serious tumble in voting intentions across the country.

Consider the following graph. These curves represent federal voting intentions as calculated by the 338Canada model since late 2018. The black arrow points to the date when the SNC-Lavalin scoop was first published in the Globe and Mail. 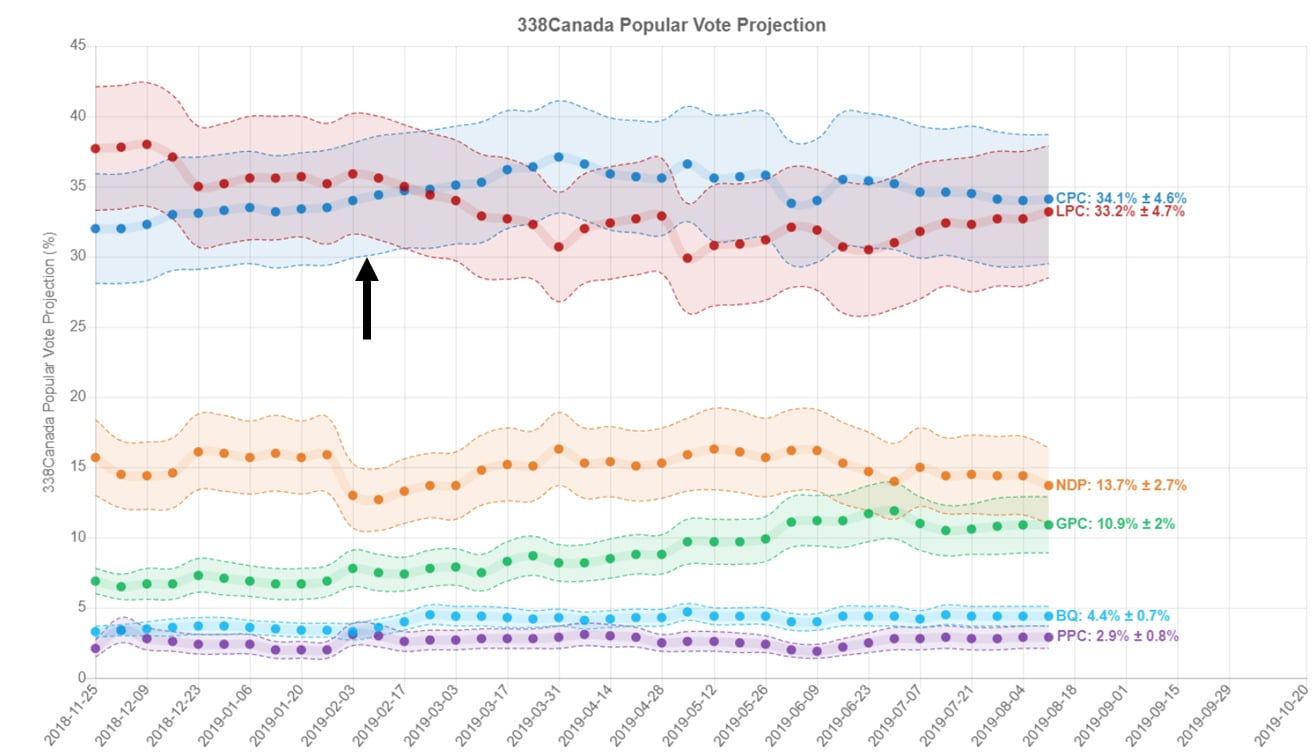 For eight consecutive weeks, Liberal support slid as low as 30 per cent nationally, while Conservative support grew and reached as high as 37 per cent on average. Seat-wise, the Liberals dove from comfortable majority territory to as low as an average of 111 seats.

Additionally, as you can see on the graph above, summertime has been much kinder to the Liberals, so much that their projection confidence intervals now overlap almost perfectly those of the Conservatives.

The question on many observers’ minds is whether the ethics commissioner’s report, which was published on Wednesday, will cause a similar uproar among voters than it did last winter. (Read Paul Wells’s take on the report here—it even includes a Marvel reference). We shall see in the next few weeks.

Before we present this week’s update, we should point out that none of the polls added to the 338Canada model this week have been in the field since the publication of the Dion’s report. However, considering that no fewer than 18 federal polls were published last March and 16 more in April, I am willing to bet that many of Canada’s polling firms are planning new releases soon.

Here are this week’s numbers: 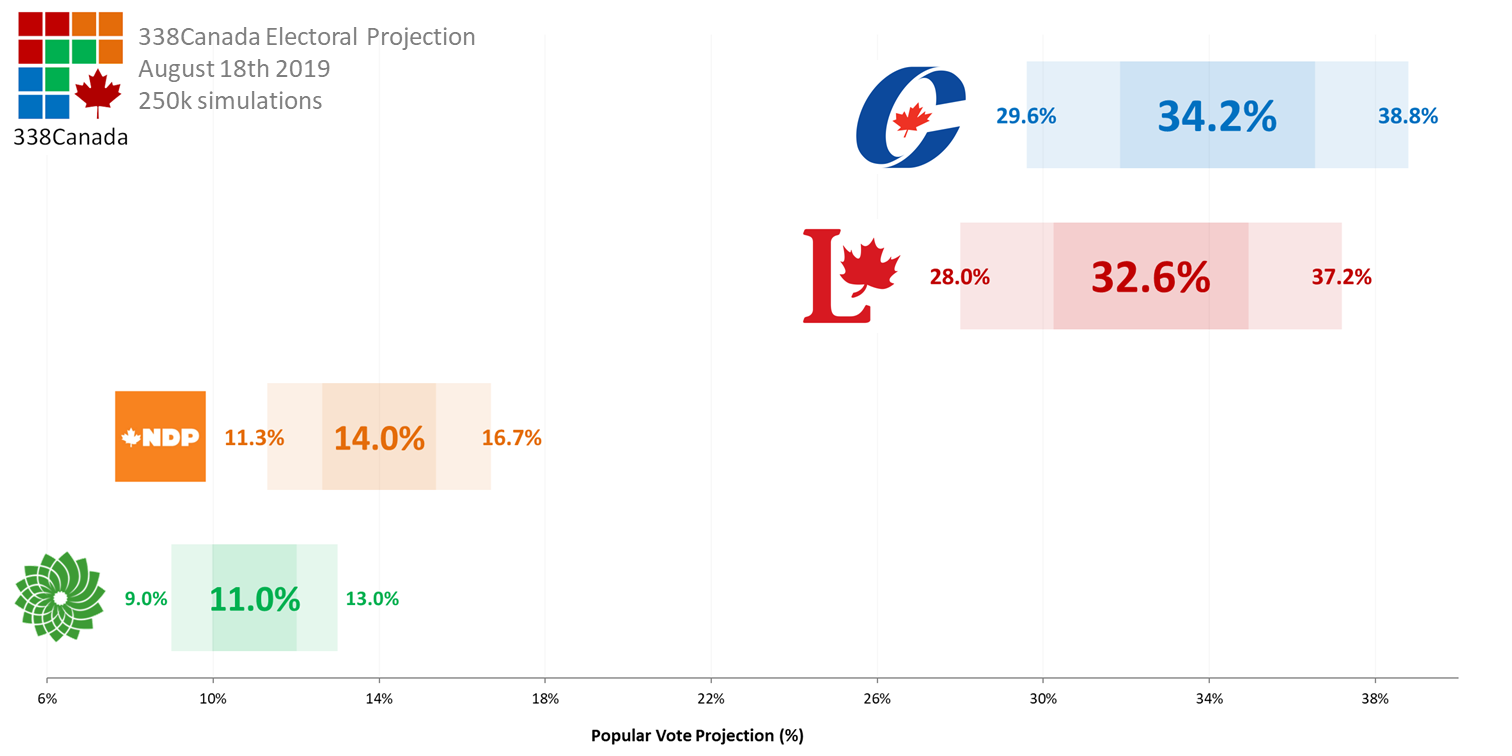 [A list of all federal polls is available here. The coloured bars indicate the projection’s confidence intervals.]

For the 29th consecutive week, the Conservative Party holds the edge in voting intentions across Canada, with average support of 34.2 per cent among Canadian voters. The Liberals stand at 32.6 per cent. Once again, considering the width of the confidence intervals, we should consider this result as a statistical tie between the two parties.

The NDP and Greens are battling for third place with 14.0 per cent and 11.0 per cent, respectively. The Bloc Québécois holds steady with 19.2 per cent in Quebec (4.5 per cent nationally), and Maxime Bernier’s People’s Party of Canada averages national support of 3.0 cent.

Seat-wise, the projection still shows a dead-heat between the Liberals and Conservatives. Although a modest shift in voting intentions (especially in Ontario and Quebec) could push one party over the edge, it is still essentially a tied race as of this writing. 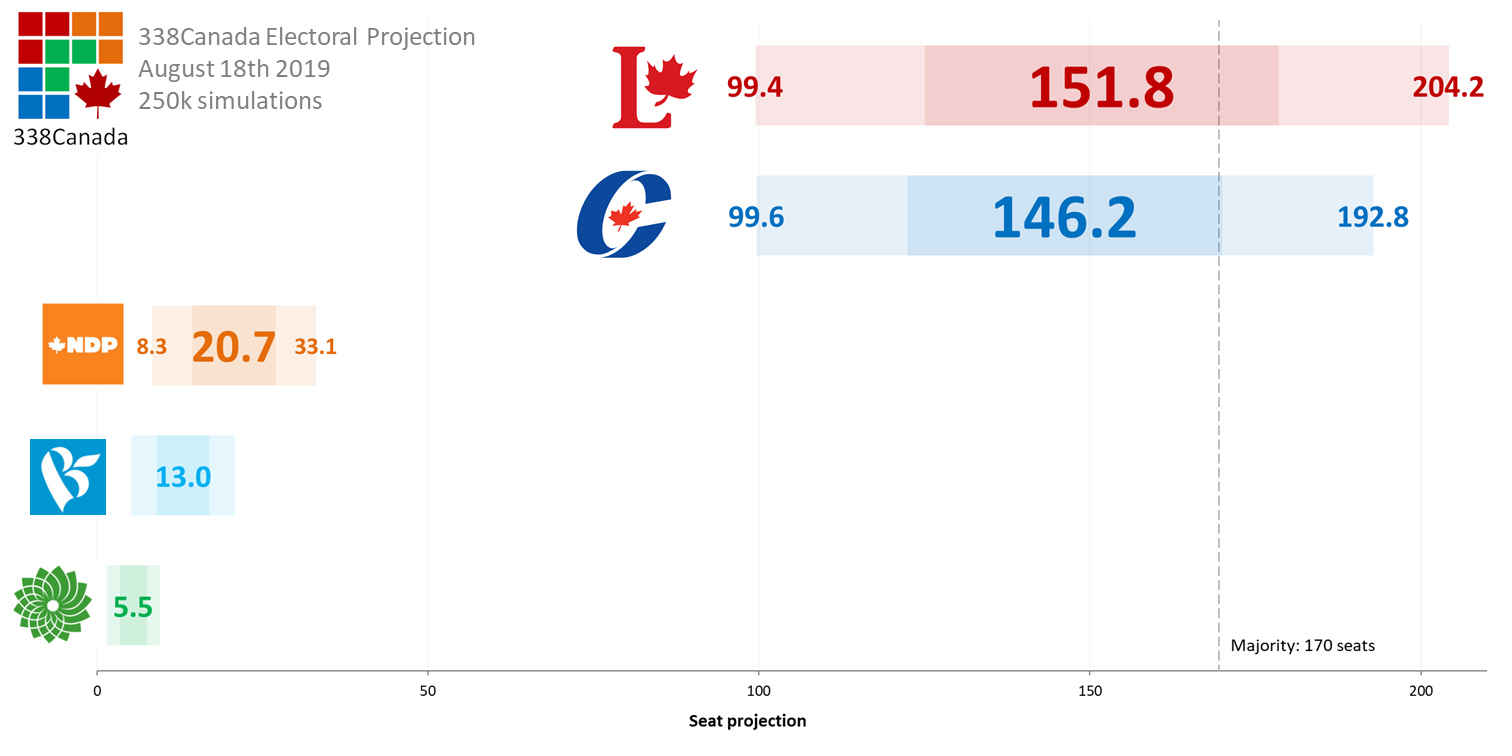 Here is a brief regional breakdown of the current landscape:

More data should be made public in the following days. Stay tuned.