The PBO's side job is all the buzz

Jean-Denis Fréchette is a lifelong beekeeper 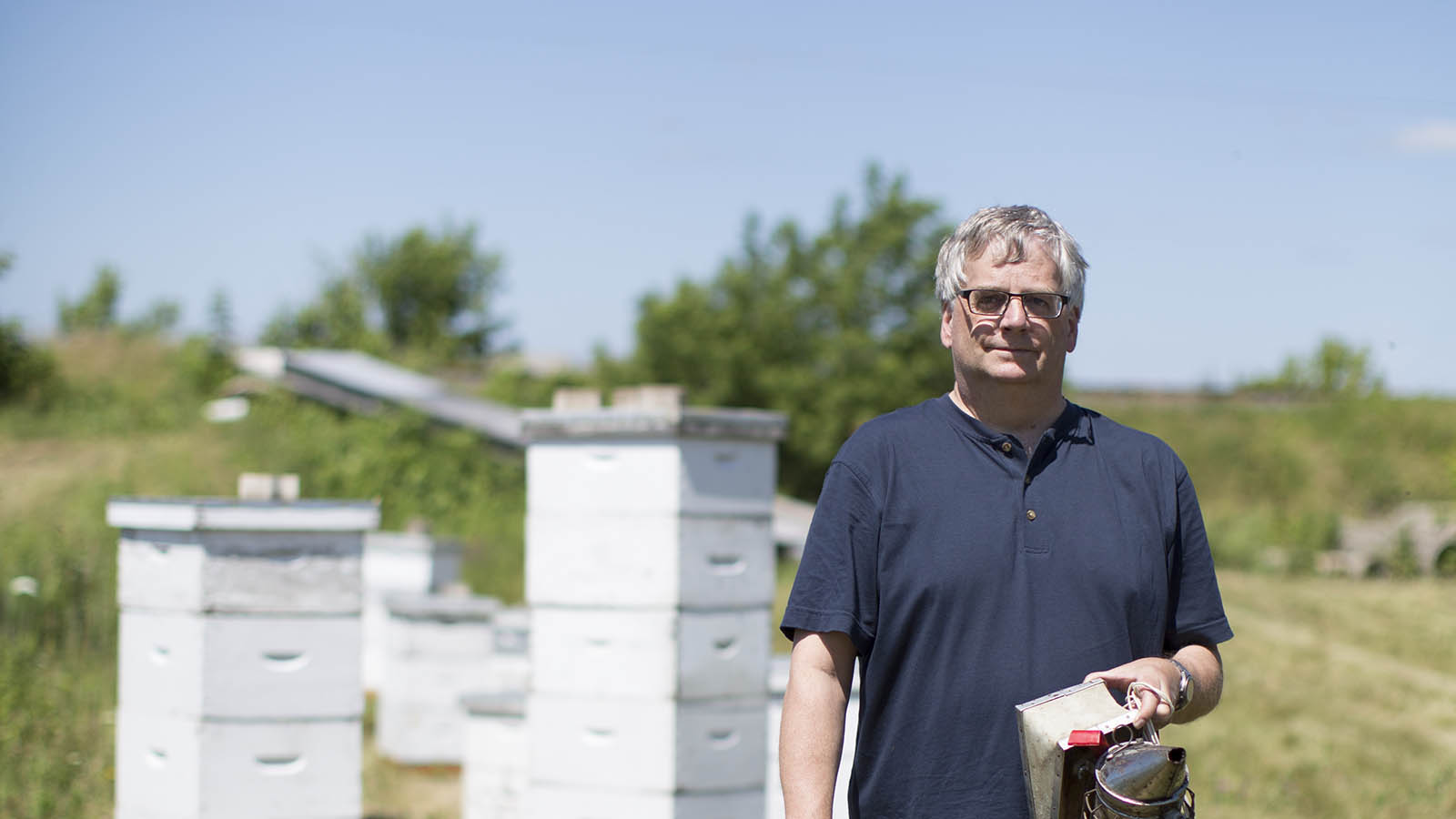 Jean-Denis Fréchette is the quintessential mild-mannered bureaucrat. The soft-spoken economist toiled in the Library of Parliament for 27 years before the Prime Minister tapped him as the chief watchdog of parliamentary spending last fall. Fréchette, a numbers guy to the core, overcame initial worries that he’d let the powers that be off the hook with a passive approach to accountability. His reports—which have disputed government claims about labour shortages across Canada and the cost of federal sick leave—may not generate the same buzz as those of his controversial predecessor, Kevin Page, but the government still feels the parliamentary budget officer’s sting. And if anyone is able to endure tired metaphors about nature’s nastiest pollinators, it’s Fréchette, who has spent decades cultivating a passion for beekeeping, and still maintains his own hives east of Montreal.

Fréchette, 57, was just a teenager in Quebec when he developed what would become a lifelong fascination with bees. The Institut de technologie agroalimentaire, a research centre not far from his childhood home near Saint-Hyacinthe, had undertaken research on hives. Fréchette cycled by the facility now and then, and eventually the bees’ caretaker took him under his wing. He taught the young Fréchette about the insects, and later helped him develop his own hives. “Some people like cats, dogs, golf,” he says. “I like bees.” Fréchette eventually grew his amateur apiary to more than a dozen hives, and even made money selling honey as a student.

When the budding economist moved to Ottawa in 1986, his veterinarian father, Jean-Louis, kept an eye on the bees. Now 89, Jean-Louis still keeps watch over the hives. Fréchette says even as his father advances in age, he remains fascinated by the project and other various experiments, including devising solutions to shoo wayward bears that roam the premises.

The Fréchettes also regularly debate the source of colony collapse disorder, a world-wide threat to bees that’s massacring the species on an annual basis. The younger Fréchette believes there is no clear answer for the crisis that’s seen bee populations plummet, though he partly faults neonicotinoids, a new class of insecticides. “Pesticides are pesticides. They kill insects, and bees are insects,” he says. But he points out that neonicotinoids don’t victimize every crop, and every bee, equally. Fréchette also muses about the effect that cellphone usage has on bee health. That Internet-born theory continues to spread online, though the U.S. Department of Agriculture calls cellular sources “unlikely culprits.” (Jean-Louis monitors dangerous mites that also pose threats to hives—and, according to the same American department, may have a more detrimental impact than any pesticide.) Whatever the cause of rampant bee death, Fréchette says his bees have survived the slaughter. Thirteen of his 15 hives made it through this past winter, a retention rate far exceeding the provincial average (24 per cent of hives died during Quebec’s 2012-13 winter).

Still, those hardy bees are hours away from Fréchette’s long-time residence in the nation’s capital, a distance that has turned the policy wonk into a wannabe urban farmer, one among a growing class of city dwellers who hope to bring the charms of the hinterland—be it chickens or bees—into heavily populated neighbourhoods. But he doesn’t hope to restrict bees to his own backyard: Fréchette wants to make a home for them on Parliament Hill. He says a rooftop in the area would make an ideal home for an apiary, similar to the sky-high hives atop the Fairmont Royal York hotel in Toronto or the Vancouver Convention Centre. (Laureen Harper might approve. The Prime Minister’s wife recently appeared stoic during a run-in with the Royal York’s famous bees.)

Fréchette also has his eye on the parcel of land west of Centre Block that famously used to foster stray felines. Replacing those traditionally domesticated animals with bees is a dream he takes seriously. He came up with the idea while touring the Jardin du Luxembourg in Paris, where the French Senate maintains an apiary. The White House also produces its own honey, which finds its way into beer brewed on the premises. Fréchette has floated the idea with people in Ottawa who can make it happen. “I’ve even had social discussions with the Speakers,” he says, referring to the offices that administer the parliamentary precinct.

But Fréchette isn’t getting his hopes up. Lest bees suddenly swarm the Hill, the budget watchdog’s legacy will be dogging MPs for the rest of his term—a job that will never escape the obvious metaphors. “The pain is there. You cannot avoid the pain,” he says, talking about either victims of bee stings or his latest report, though it almost doesn’t matter which. And just like a confident PBO, bees target where it hurts most. “The worst place is under your nail. That you don’t like,” says Fréchette, who knows similar wrath. When he’s staring down irresponsible or incompetent parliamentarians, he, too, prefers getting under their skin.