Now that Bill C-210 is before Senate, and will likely become law, what do some of Canada's artistic minds think of O Canada? 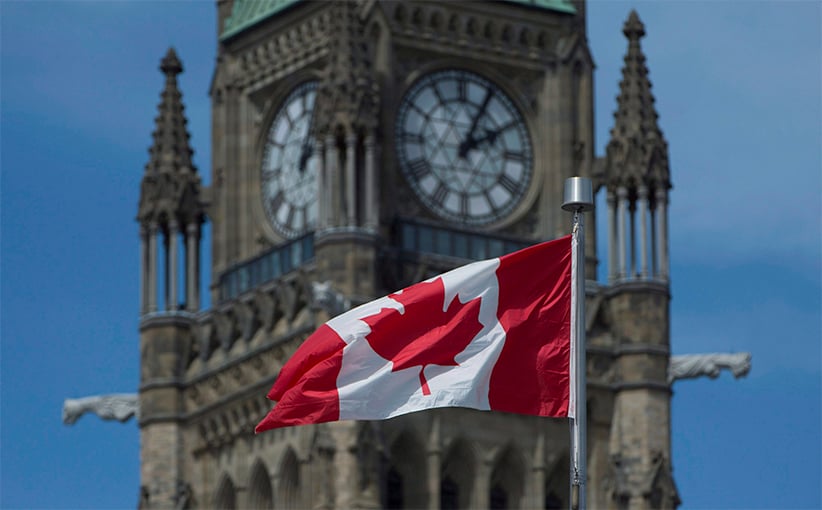 The Maple Leaf flies in front of the Peace tower on Parliament Hill. (Adrian Wyld/CP)

After an overwhelming vote of support in the House of Commons on June 15, the Act to amend the National Anthem Act now awaits approval from the Senate. Bill C-210, championed by terminally ill Liberal MP Mauril Bélanger, would change the second line in the anthem, “in all thy sons command,” to “in all of us command.”

Maclean’s asked Canadian artists—a singer, a poet, a jingle writer, and an indie-rock musician—for their thoughts on the proposed changes to O Canada, and on the anthem itself. Here’s what they said.

“I’m kind of a nostalgia nut so I don’t think messing with our national touchstones based on ever-changing current tastes is a good idea. The current version is historical and reflects the tone of the times that it was written in. The text also doesn’t reflect my religious views, but I’m still not in favour of altering it; it’s tradition. But then again, I also prefer the pre-1965 British ensign flag to the current design, so there you go. A secondary issue is that I find the newly proposed lyric awkward and not in sync artistically with the rest of the song.”

“If the lyrics to ‘O Canada’ were great poetry, it might be worth weighing in on the poetics of a line change, but I wouldn’t call the lyrics to ‘O Canada’ great poetry. I don’t think the issue here is poetics. I think it’s about whether one ought to make changes to an anthem. I mean, where would this stop, once it got started? If the anthem isn’t in keeping with the times, and one holds the position that an anthem should be in keeping with the times, then why not just write a whole new anthem? But if people are attached to the anthem as part of our history and traditional memory, why not let that anthem keep its poetic integrity in honour of memory and tradition, even if its language is archaic (which it is) and its sentiments aren’t in keeping with the times?”

“I prefer ‘in all our hearts’ to ‘in all of us,’ simply because it’s a more poetic. It gives a more poetic line and I think it also gives it more emotional meaning. And I think in anything with music and lyrics it’s the emotion of it that stays with people over time … It creates an image of people standing up, singing the national anthem with their hand over their heart. Not that that’s a particularly Canadian thing. For some reason, I think of the American national anthem being more of that attitude, but it has that feeling to it. I just think that’s nicer.”

A nation’s anthem should evolve and adapt as its nation does. I understand that people feel connected to the familiarity of the anthem they were brought up with, and that those words and melodies can evoke deep emotional responses, which is why I understand the hesitation people feel in updating or re-envisioning national anthems. These anthems should reflect the current feeling and values of a nation and, just as the nation’s values change, so should its declaration of them in its anthem. I’m all for changing the lyrics and maybe changing more while we’re at it—I’d be all for a melody change—but I’m not sure if that many people are so open. I’d love to sing something more optimistic, and with proper recognition to First Nations. We’ve got great lyricists in our country who could pen something beautiful and meaningful to 2016 Canada—just as the earlier versions of our anthem were meaningful to 1880/1906/1908/1939/1980 Canada.”