Andrew Coyne on Harper's motives in the Doer appointment 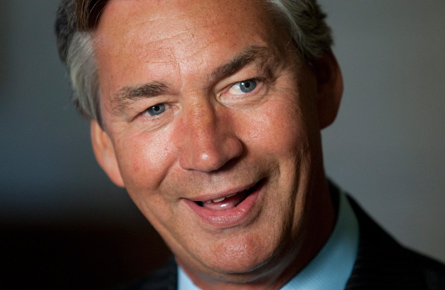 When Manitoba premier Gary Doer announced his retirement, there was much admiring commentary to the effect that he had chosen his own time to retire, gone out on his own terms, quit at the top of his game, etc. Indeed, Doer had been the first to praise himself in this regard, in that endearingly unaware way politicians have. Many people in politics stay too long, he mused.

Well it’s pretty easy to pick your own time to retire when some wealthy benefactor has prepared a soft landing for you. In Doer’s case, the wealthy benefactor is the government of Canada (Stephen Harper, prop.), and the landing is in Washington, DC, as Canada’s ambassador — among the juiciest patronage plums in the Prime Minister’s dispensary.

Some will interpret Doer’s appointment as a distraction, an attempt to change the subject from a particularly smell batch of Senate appointments. After all, isn’t Doer a card-carrying New Democrat? No patronage there!

Except… Doer is also the NDP’s biggest political asset in Manitoba, a wildly popular three-term premier who could very likely win a fourth term if he so desired. So long as Doer remained premier — and he gave no indication until yesterday that he was about to step down — the opposition Conservatives, led by Hugh McFadyen, had little hope of winning. But now? I’d say all bets are off.

So by smoothing Doer’s exit, Harper not only increases the likelihood of a Conservative premier coming to power in Manitoba, but one who would be very much in his debt.

But perhaps that consideration did not occur to him.