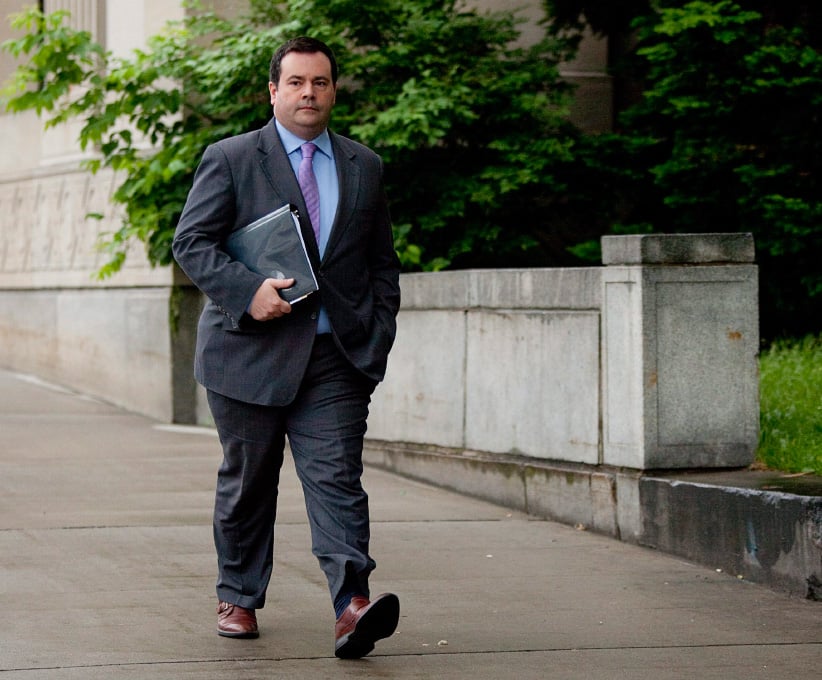 The sometimes tragic phenomenon of asylum-seekers crossing fields in Manitoba and ditches in Quebec has prompted many immigration experts and some politicians to call for changes to the Canada-U.S. pact that makes border hopping the only choice for people urgently seeking refuge. That is: stop shuttering our front doors, our border entry posts, to those desperate for safety and legal protection they want in Canada.

There are those on the other side of the status quo who wish for a way not only to keep the door shut, but to press down on the windows people are finding their way through. One of them is Jason Kenney, Canada’s former immigration minister.

In the face of pressure on the Liberal government to suspend the Safe Third Country Agreement, Kenney has called on Ottawa to instead demand renegotiation with the U.S. to eliminate the de facto exemption which lets people making so-called “irregular” border crossings into Canada’s refugee determination system. Irregular crossing, in this case, means getting one’s feet on Canadian soil somewhere other than an established port of entry.

If it granted such a request, the Trump administration would take pressure off Canada’s asylum program in a way the Obama White House refused to do. Kenney told Maclean’s he made this pitch when he was minister; his counterpart in Washington said no.

“I approached then secretary of homeland security (Janet) Napolitano with a request to reopen the STCA for renegotiation to remove this and other exemptions,” he said in an interview Friday on the sidelines of the Manning Centre Conference. “They basically refused to do so, because I quite frankly think they cynically saw these exemptions as operating in favour of the United States. To put it bluntly, if people whom they regard as illegal aliens go to Canada, they don’t have to worry about them any more, or remove them.”

If the Obama administration was unwilling to change rules to keep asylum seekers on his side of the border, what chance is there the new U.S. government would? Among the administration’s policies is a recent order from John Kelly, the new Homeland Security secretary, which would deport undocumented immigrants to Mexico even if they hailed from other Central American countries—a signal this White House is unconcerned about immigration conventions or norms, as long as foreigners perceived as problematic are out of the country.

Napolitano, now president of the University of California, was not immediately available for comment. But in July 2010, the then-secretary did meet Kenney in Washington, and their joint statement that day stated one aim “was to find additional ways of cooperating to enhance the integrity of both countries’ immigration systems,” and that they discussed refugee polices. The readout did not specifically mention the third-country agreement.

Kenney was Conservative immigration minister from 2008 to 2013, under then-prime minister Stephen Harper. He left federal politics last year to try forging unity among Alberta’s Progressive Conservatives and Wildrose Party before the 2019 provincial election.

His meeting with Napolitano came about while he was crafting new policies to overhaul refugee laws to deter questionable claimants. While he failed to enact a border crackdown, he did speed up the hearing process, create new options to detain asylum seekers and, controversially, limit their health benefits.

Still, refugee advocates in Canada continued their long-standing criticism of the safe third-country agreement, and have amped up their calls in the wake of Trump’s wide-ranging crackdowns on the immigration system, which included a suspension of refugee resettlement and beefed-up deportation and detention systems. These moves have prompted a spike in migrants crossing over to Canada, in hopes of a fair shake at becoming refugees here. Advocates argue that American bellicosity toward newcomers and refuge seekers puts lie to assertions the U.S. is a safe third country (though many of these critics opposed the border deal even before Trump entered politics).

Ministers in the Trudeau government have said they see no reason to abandon the agreement. Their position has gotten new support from the UN High Commission for Refugees. Jean-Nicolas Beuze, its new representative in Canada, told Maclean’s that the asylum conditions in the U.S. and Canada today are not sufficiently different from 2004, when the safe country pact was established, to warrant a change to the agreement. Having spoken recently to dozens of refugee claimants who entered Canada near the border post at Saint-Bernard-de-Lacolle, Que., Beuze said their “perception” of the Trump actions and rhetoric are prompting their escape north. But the agency, he said, will continue monitoring the situation.

Kenney said there’s no reason refuge-seekers currently in the U.S. should not seek asylum in that country, arguing that “hysteria” has driven the recent trend. “The United States has one of the world’s strongest, fairest asylum systems. It’s not administered by Donald Trump. It’s administered by the independent American judiciary and tribunals,” he said.

There are, in fact, substantial differences between how U.S. and Canada treat refugee claimants, some of them predating Trump. In the U.S., detention is vastly more common; in Canada, claimants have easier access to legal aid for refugee status hearings. Canada has an interim health-care program and gives readier access to work permits, among other benefits. The sharpest emerging contrast, however, is that of image: Trump has boasted of walls and ejections, and has particularly stigmatized Muslims (especially from certain countries) as potential terrorists. Trudeau has highlighted Canada’s openness, both through the Syrian refugee resettlement program and a globally rebroadcast tweet declaring welcome to those fleeing persecution, “regardless of your faith.”

The vast majority of border-hopping refugee claimants have been Muslims from Somalia, Syria, Yemen (all countries targeted by Trump’s now-suspended travel ban), as well as Turkey, Ghana, Djibouti and other countries.

Kenney said the Liberal government should bid to renegotiate the agreement as he previously tried to, as its current limitation “almost incentivizes these irregular crossings.” A sharp increase in the flow would massively burden our system “and blow a hole in the integrity of our immigration system,” he says—particularly if illegal immigrants fearing Trump-ordered deportations start joining the overseas migrants. “I think we need to be soft-hearted but hard-headed about this,” Kenney said.

“This is why I think it’s unhelpful for leaders like Prime Minister Trudeau to muddy the waters with what sounds like an open invitation for foreign nationals of the United States to come north,” Kenney went on. “We have immigration laws for a reason, so we can have an ordered, fair, compassionate, law-based system.  It really doesn’t help if you create the implication that Canada has open borders. We don’t, in our law.”