A young Conservative on Andrew Scheer, and 'finishing the sentence'

The Tories have stopped selling a vision of Canada, writes Natalie Pon. With Andrew Scheer as leader, here's where it can go now 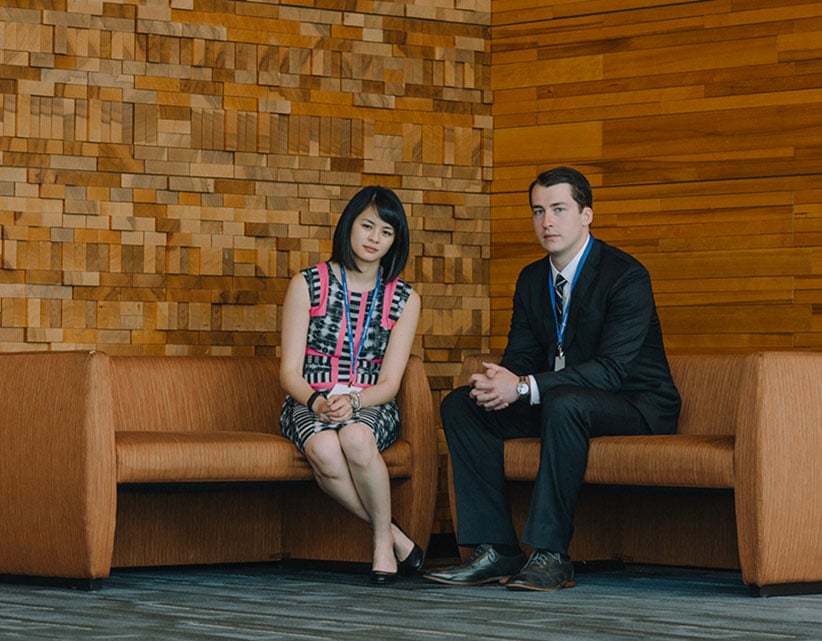 Natalie Pon and Joseph Heap at the 2016 National Conservative Convention in Vancouver. (Photograph by Marlin Olynyk)

The first of my ancestors came to Canada in 1913. This detail is important, because it shapes why I am a conservative.

My great-great-grandfather paid a $500 head tax in 1913 to come to Canada. Not much is known about his life in the Toisan region in China, except that Canada was seen as a place where, if he worked hard, he could achieve economic prosperity and send money to his family back home. In Canada, he worked in and operated restaurants in small villages and towns for several decades throughout Saskatchewan and Alberta before opening up his own cafe in Medicine Hat. The postwar boom meant the restaurant business was good. This entrepreneurial spirit allowed him to establish a middle-class life in Canada while purchasing land and property in China for his family. He couldn’t vote until 1947, and experienced occasional racism, but his sacrifice paid off. Canada became his home. This is just one of many entrepreneurial stories in my family’s history in Canada.

In my culture, we speak of something called “filial piety”—respect for one’s parents, elders, and ancestors. To me, this means being grateful for every sacrifice that my elders and ancestors made for me. This has crossed over into my immense sense of patriotism for Canada. I am Canadian—full stop.

This country gave my family every opportunity to succeed. I want this legacy of Canada to continue for future generations who see Canada as a place of endless opportunity, and for me, the best way for me to honour the sacrifices my family made for me is to help build a Canada with endless opportunities for success. This is why I am a conservative.

I am a conservative because I believe this is the movement that embodies what it means to be Canadian. Canada was built on a foundation of sacrifice and hard work—values which conservatives cherish and champion. These are values that I have recognized throughout my family’s history.

Our leadership race has provided an opportunity to continue to build the legacy of the conservative movement in Canada. From my perspective as a millennial conservative, our next steps are twofold: to keep the big tent together, and to make the conservative brand more relatable to Canadians.

With 13 contestants, it was possible for nearly every conservative to have a horse in the race. However, this also led to the highlighting of ideological labels we place on ourselves, threatening to harm our big-tent coalition. We could use these labels to highlight the diversity of ideas within our conservative movement in our party; instead, divisions such as “libertarian”, “Red Tory”, and “social conservative” are used to divide us, to the detriment of our own movement. As a big tent, you won’t always agree, but we need to be respectful of one another’s beliefs and build our movement along the ideas we agree on. Compromise and respect will be key moving forward. As a party, we need to learn how to accept our differences. We can certainly discuss and debate these differences among ourselves, but we cannot use a yardstick to determine if someone is “conservative enough” to be in the party. At the end of the day, we are all just “conservatives”.

The Conservative Party achieved electoral success when it opened its arms and convinced non-traditional supporters that their values were conservative values. We made it clear that we were an open and inclusive party that was accepting of all Canadians, and Canadians accepted our vision for the future. Sometime since then, though, we stopped selling a vision and started advocating for policy, while failing to connect this to the lives of Canadians. As Saskatchewan Premier Brad Wall said, we’ve failed to “finish the sentence.” We say that as conservatives, we want lower taxes, but we fail to connect how lower taxes will make the lives of Canadians better, or how it makes Canada a better place. This inability to connect policy to an individual’s identity or a vision is often mistaken for conservatives being heartless or lacking compassion. Why are lower taxes and money in your pocket better for your future than having that money spent on government programs? That vision is for us as conservatives to sell, moving forward. 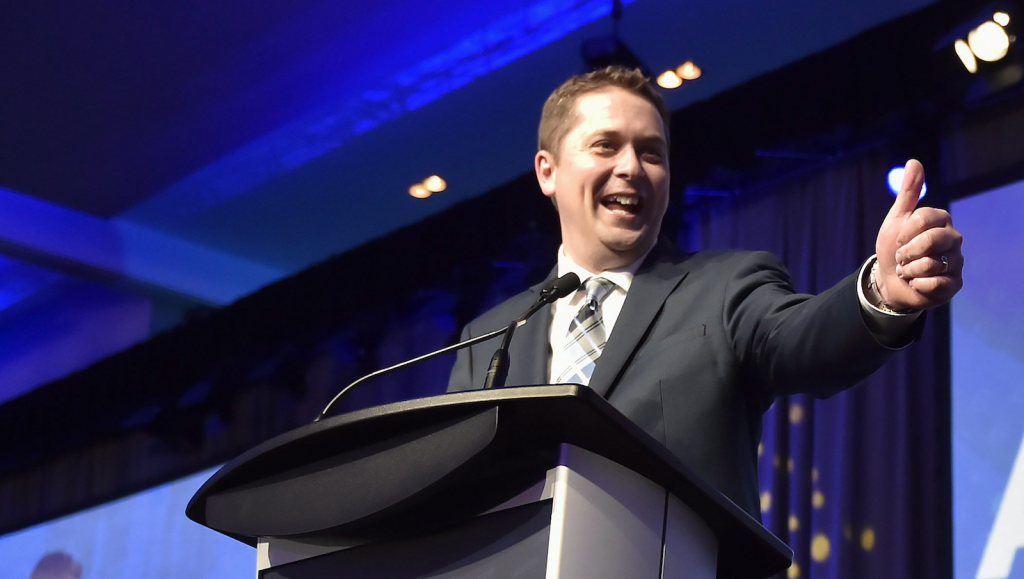 This weekend, our membership elected Andrew Scheer as the next leader of the Conservative Party. Often described as “Harper with a smile,” Scheer ran a status-quo campaign with several elements familiar to those who understood Harper’s populist fiscal policy.

As a party member, I’m cautiously optimistic with Scheer as leader. As Speaker of the House from 2011 to 2015, we’re not left with a substantial voting history to reference. This, coupled with relatively few policies released during the leadership campaign, has unfortunately left the membership wading through conjecture and assumptions on what Scheer’s true beliefs are.

Scheer did a fantastic job indicating that he’s looking to move the party forward. After the major policy changes at the Conservative convention in 2016, Scheer indicated he believes Canadians have moved on from the same-sex marriage debate, and won’t reopen that discussion should he be elected Prime Minister. He has also promised not to re-open the abortion debate, referencing the Conservative policy declaration that states that “a Conservative government will not support any legislation to regulate abortion.”

This represents a significant opportunity for the Conservative Party leading up to 2019. A fierce supporter of the grassroots process, Scheer has acknowledged that he will be guided by the party’s policy declaration, which is voted on by party members. Millennial conservatives should seize this opportunity to create a vision that can resonate with Canadians by participating in the policy process.

Scheer’s greatest strength will be his affable personality. Canadians saw Harper as cold and robotic. In Scheer, the Conservatives have fallen back to what led us to three successful electoral victories—a tried-and-true method, but this time with more PR potential. Scheer is personable, positive, and charismatic. As one of the leadership candidates with the most caucus support, Scheer is the consensus, compromise candidate which keeps the party unified after this leadership race.

At the end of the day, our new leader will have big shoes to fill. Prime Minister Harper built a formidable reputation as leader of the Party and of this country, and many Conservatives see Rona Ambrose as the best prime minister we will never know. As a millennial voter, I expect more from my candidate than just policy. In Scheer, I see a clear opportunity to refresh the Conservative Party going forward to the 2019 election. I hope to see Scheer continue to “finish the sentence” and connect with Canadians as unite the party after this leadership race. He is a leader who can put forward a positive face to conservative ideas, rather than falling back on wedge issues and division.

As for myself, I’m ready to support Scheer as our new party leader. My first-choice candidate may not have won this weekend, but I will continue to volunteer my time on EDA boards and donate my money to help support the Party I believe allows Canada to be the land of freedom and opportunity my ancestors recognized more than 100 years ago.

Natalie Pon is a card-carrying member of the Conservative Party of Canada, and a volunteer conservative activist in Edmonton.