Adrienne Clarkson presents... taxpayers with a $100,000 bill for office expenses

Oct. 31: The former governor general has racked up more than $1 million in office expenses since leaving the job in 2005, plus more details emerge about Statistics Canada's big dig into Canadians' finances 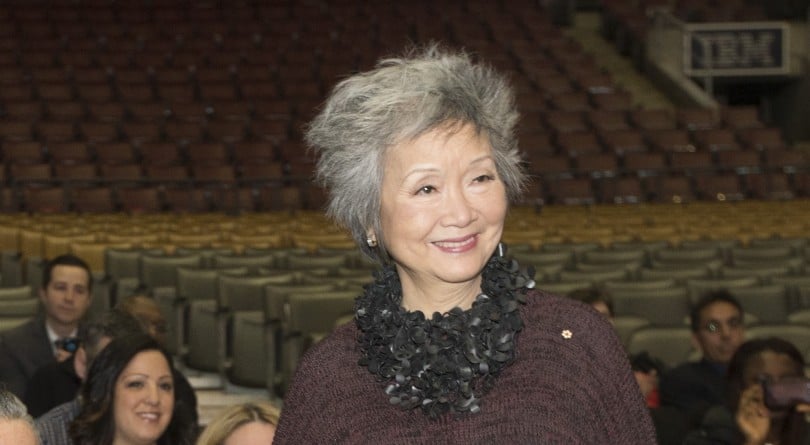 We’re learning more about Statistics Canada‘s efforts to reach deep into the personal finances of individual Canadians as it attempts to paint a more accurate picture of the state of the economy. Starting last fall StatsCan scooped up 15 years of credit rating information on potentially millions of Canadians. StatsCan, and the Trudeau government by extension, is already under fire for the agency’s plan to force financial institutions to hand over detailed banking transactions and income history of 500,000 randomly-selected Canadians each year. (Global News)

Dear Justin: Four opposition leaders—the Conservative’s Andrew Scheer, NDP’s Jagmeet Singh, Greens’ Elizabeth May and the Bloc Quebecois’ Mario Beaulieu—fired off a joint letter to Justin Trudeau with a simple message: call the byelections, already. Four seats are currently open, including the Burnaby, B.C. riding where Singh plans to run, but on Sunday Trudeau chose to call a byelection in just one Ontario riding. The NDP called the move “petty.” (Canadian Press)

Open for debate: Former governor general David Johnston has been tapped to head Canada’s Leaders’ Debate Commission, a panel set up to establish debate formats ahead of the next federal election. (CPAC)

During the last election Maclean’s helped break the broadcast consortium’s stranglehold on debates by hosting the first of several leaders’ debates. Here’s hoping the new debate bureaucrats don’t prevent Canadians from getting as many opportunities as possible to see party leaders get challenged.

Now that’s a lot of pens and pencils: Speaking of former GG, Adrienne Clarkson is still billing Canadian taxpayers for $100,000 a year in office expenses. That brings her office tab since leaving the job in 2005 to $1.1 million. Clarkson and her people won’t say how they’re blowing through the six-figure sum, calling her bill to taxpayers a “private matter.” (National Post)

Canada’s two federal Conservative opposition leaders—the official one and the one who keeps getting all the attention—met to remind each other how much they hate the Trudeau government’s carbon tax. Ontario Premier Doug Ford promised to put his higher profile to work helping Scheer defeat the Liberals in the next election: “There’s only one way we’re going to get rid of the carbon tax, (and that) is by getting rid of Justin Trudeau.” (iPolitics)

This Friday Steve Bannon, Trump’s former strategist, and David Frum, one of Trump’s loudest critics, are set to face off in a debate over the rise of populism. So naturally a lot of people want the event cancelled. (Globe and Mail)

Frum re-released a statement from September arguing why the debate needs to happen:

“Liberal democracy is founded on the belief that free people can be inspired to make wiser choices by words and ideas. Mr. Bannon comes to the prestigious Munk platform because he believes his words can persuade people to follow him. I will face him there because I believe democratic ideas can defeat him.” (Twitter)

Calgary’s Olympic bid appears dead. The chair of the city’s Olympic committee recommends Calgary pull the plug on the bid to host the 2026 Winter Games. Councillors will vote on it today. (Twitter)

Bank of Canada Governor Stephen Poloz told MPs on the House finance committee that Canadians should get used to the idea of three per cent interest rates. His comments signalled more rates are to come. At three per cent, rates would have to nearly double from their current 1.75 per cent. How’s that for a Halloween horror story for a nation up to its eyeballs in debt? (Bloomberg)