Paul Wells: Thanks to a politician who's in no mood for fine print, the notwithstanding clause is now in the toolkit of any impatient government 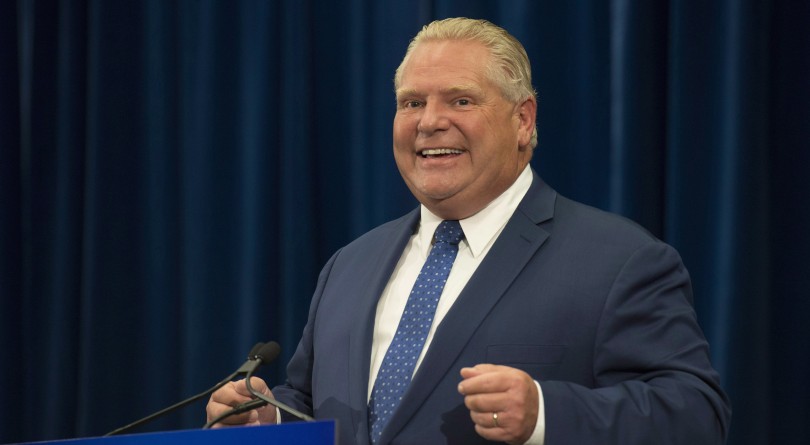 I’m with Emmett Macfarlane, basically: Justice Edward Belobaba’s ruling invalidating Ontario Premier Doug Ford’s law to reduce the number of Toronto city councillors from 47 to 25 is based on shaky constitutional reasoning at best. But the Ontario Conservatives saying “So of course the notwithstanding clause is the logical recourse” are being reckless.

I’ll give my best reasons in a minute, but start with this: since the Charter of Rights became part of Canadian constitutional law in 1982, nine premiers, including Progressive Conservatives Bill Davis, Frank Miller, Mike Harris and Ernie Eves have resisted the temptation to use it. Doug Ford spent the recent election campaign arguing that he was the moderate and the Liberals were extremists. And only three months later, he deploys a bit of constitutional armament that none of his predecessors touched.

It took Stephen Harper most of a decade to shred moderate credentials he had worked hard to establish. His staffers, recently decamped to Queen’s Park, apparently wondered all along why he dawdled so and are now determined to get the job done much more quickly.

And for what? For a policy Ford did not mention at any point during the campaign, even though he was specific in his promises to do everything else that’s bought him controversy in the short time he’s been premier. And to what end? To neutralize a court ruling which specifies, in Belobaba’s own writing, that everything the judge found outrageous had to do with interrupting this election while it’s underway. The same law, reintroduced as a new bill that pertained only to the composition of Toronto Council in the next election, would sail through. Not even the exuberant Justice Belobaba could then lay a glove on it. By Belobaba’s own admission.

If Ford had campaigned on a drain-the-swamp promise to trim Toronto Council, as he did on scrapping cap-and-trade and selling cheap beer, he’d have more of the democratic legitimacy he tried to claim on Monday. (And I cannot imagine he’d have won fewer seats than he has today.) If he had a grain of patience, he’d simply pass the same law for next time instead of introducing still more chaos into what is already a shambles of a municipal election. So I understand no part of Ford’s motivation here.

And I strongly suspect many of his cabinet ministers don’t get him either. But, ensconced in the cheerful novelty of team spirit and the momentum of a new government’s early months, they’re in no mood to read the fine print. Caroline Mulroney, the new attorney general, came in for specific criticism on Monday because some say she should have talked Ford down from this adventure. I suspect this misreads human nature. If anyone can name a prior example of an attorney general who had the clout and the inclination to dissuade a head of government from some project that bore all the hallmarks of a personal obsession—three months after the lieutenant’s first election to any position—I’d love to hear about it.

So what’s done is done, the improbable but still-elated and circumstantially loyal members of the Doug Ford coalition tell themselves. And really, what’s the problem? The judge was a nut, the voters have no interest in playing Osgoode Hall Law School Home Edition, and if the big guy had ever campaigned on “fewer politicians,” wouldn’t the good people of Ontario have voted for it? No harm, no foul.

Except now it’s a little easier to use the notwithstanding clause, and if any of us has learned anything from the last decade or so of North American politics, it’s that whatever excess you’re willing to condone as you pursue your mission, your opponent will not hesitate to see and raise you in pursuit of his.

So congratulations, Ontario Conservatives. The notwithstanding clause just showed up, after long absence, in the toolkit of any Quebec government that might grow impatient with minority-language rights. Or any government anywhere that finds free speech, free association, peaceful assembly or religious freedom to be silly obstacles on the way to settling whatever personal scores animate them.

These are lofty concerns, though, and the Ford Conservatives pride themselves on their pragmatism. Very well then: it’s still summer, and a lot of Ontarians who voted Conservative are wondering why the premier’s acting like the captain in Moby Dick. Excellent work, everyone.