Paul Wells: You can't win an election in 140 characters or less 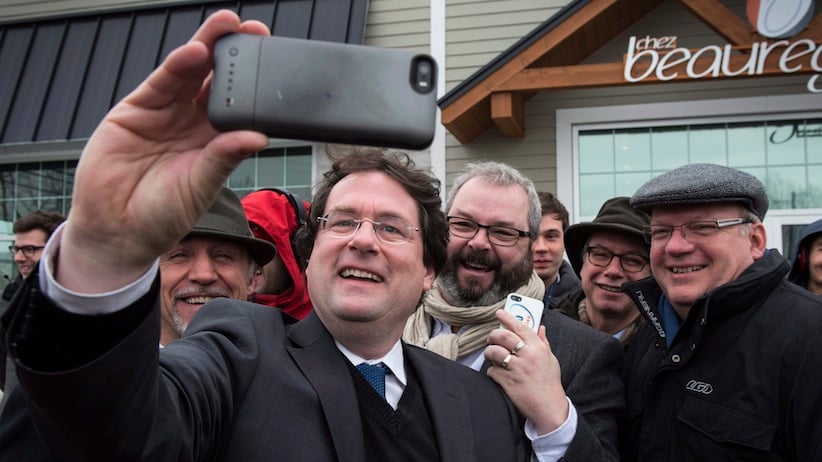 After the 2011 federal election, I noticed that there was a pretty good inverse relationship between political parties’ enthusiasm for new media and their ballot-box returns. Exhibit A, as I wrote then, was the NDP, which posted larger gains that year than any other party:

Accusation and counter-accusation are frustrating in any era. What made this year different was the unprecedented velocity of the indignation. Laptop computer software has collapsed the cost of video editing almost to zero. YouTube and Facebook have made spreading these messages effortless. And just about every Ottawa reporter and senior staffers on every campaign had a Twitter account. Adding to the din was now as easy as typing 140 characters and hitting “send.”

The odd thing here is that the New Democrats were relative Twitter luddites. Brad Lavigne sent out 14 tweets in the entire five weeks of the campaign. Kathleen Monk, Layton’s communications director, sent out two or three in a day.

The same surprising trend (surprising if you spend as much time on Twitter as, say, I do) seems to hold in this year’s Quebec election: The PQ has far more followers, and tweets far more often, than either the Quebec Liberals or the CAQ. And it’s had a bad month.

That’s not even counting the coterie of tippy-top PQ cabinet ministers, from Jean-François Lisée to Pierre Duchesne to Bernard Drainville — all of them from Quebec’s electoral Class of 2012, and all of them big boosters of the campaign strategy that appears headed for such modest results — who basically live on Twitter. Could this be more than a coincidence? Is there something about the world’s fastest and breeziest social network that makes it antithetical to good campaigning?

I think there is. I should admit, as anyone who follows me on Twitter knows, that I’m writing inside a great big social-network glass house. I tweet a lot. But then, I’m not trying to win an election. And people who are trying to win an election, especially senior strategists, should think about the effect Twitter has on their own behaviour and on their ability to get a coherent message out.

Twitter is lots of fun, and actually fits my chaotic work habits quite well. Fellow old-timers at The Gazette in Montreal will recall that, while I have always managed to write a lot, I would also pretty frequently get up from my work station to gossip, seek updates on colleagues’ work, and otherwise lead a pixilated and unfocused existence. With Twitter, I can do all of that electronically! Progress.

The question is: How are any of those habits compatible with campaign success? Stripped to its essence, campaigning is the art of saying simple things frequently enough that even the most distracted, politically uninvolved voters begin to get your message, like it and want it applied in government. All of that requires patience, discipline, and a certain deafness to the sound of your own robotically repetitive voice. Twitter messes with all of those instincts. On Twitter, you can be clever! On Twitter, you can respond to something another campaign says right away! Even if it has nothing to do with the message you needed to get out today! On Twitter, you can forget whatever it was you were talking about three minutes after you’ve said it! In short, Twitter turns everyone into Michael Ignatieff.

I kind of expected this year’s PQ campaign to be like the devastating campaign the Yes side ran for 1995’s referendum. A couple of major figures from that campaign have been prominent in this year’s.

In 1995, I used to pick up Le Devoir with a moment’s trepidation, because there would be a full-page ad at least a few times a week that took something a federalist spokesman had said, twisted it cleverly, and turned it into fodder for separatist sentiment. That year, Jean Chrétien spent most of his time in the House of Commons, where (in the campaign’s early going) Lucien Bouchard had decided to stay, so the two could face off daily in Question Period. Bouchard eventually decided he was wasting his time in Ottawa, and soon embarked on the campaign trail to very good effect for his side of the debate.

But Chrétien made one slip-up first. The two were arguing about terminology in Question period, and Chrétien taunted Bouchard: “Tell them you’re separatists,” he said, instead of sovereignists or some other weasel word, “…pis vous allez en manger une belle.” You’ll take one right on the chin, roughly.

Next morning’s ad, in Le Devoir and a lot of better-read newspapers: “Voulez-vous en manger une belle?” In block caps two inches high. The ads took Chrétien’s personal taunting of Bouchard and twisted it into a general attack against all Quebecers. Chrétien’s words, suitably reframed, would be all people talked about for days.

My friend Lisée has tried to do the same thing on Twitter a few times in this campaign, but the very nature of the medium denatures the effort. A smart-ass retort or a clumsy attack is forgotten, along with everything else — what so-and-so wore to the Oscars, the death of Mickey Rooney, Russian troops massing against Donetsk — within minutes. There’s no focus to it, no weight, no sense of moment.

And because the people churning up all this… noise…. live inside Twitter’s tempo and its assumptions and its peculiar etiquette, they lose sight of the wider world, where real people live real lives and think about politics maybe once or twice a day.

At the recent federal Liberal convention in Montreal, some consultant guy got up all bright and shiny on a weekend morning and urged Liberals to devote ever-greater resources to ever-more-fleeting engagement with an ever-more-overwhelmed smartphone zombie corps, on the specious assumption that campaigns now must “own the instant.” I’m making that quote up, but whatever the real advice was, it came from the sort of guy who’d say “own the instant.” No: the danger with new-media obsession in political campaigns is that too many of the obsessed vanish up the backside of the instant, never to return. If I ran a campaign (which I never will), I’d tell senior campaign staff to stay off Twitter; let a couple of 23-year-olds keep an eye on the network, and invite them to report upward twice a day; and bask in the old-fashioned effectiveness of saying only what needs saying, only as often as the broad audience of people who live in the real world can digest.