An expert guide to minority scenarios 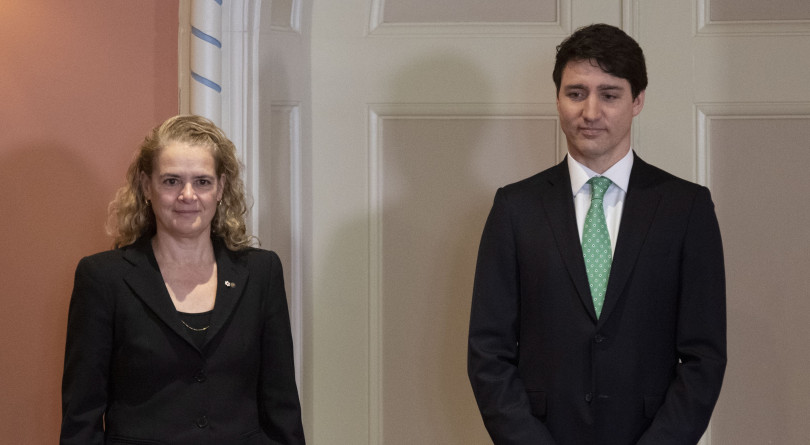 With the latest polls showing neither the Liberals nor the Conservatives comfortably positioned to win a majority of seats on Oct. 21, speculation about minority scenarios is rampant around the federal election campaign. But there’s a lot of confusion about what happens depending on the outcome, so Maclean’s asked Carleton University Professor Philippe Lagassé, one of the leading experts on how our parliamentary system really works, to walk through various possibilities.

Q: Let’s start with the simplest scenario. What happens if a party wins a majority of the seats in the House on Oct. 21?

Q: Let’s say it’s a minority and the largest number of seats is held by the party that was already in power, in this case the Liberals. What happens then?

A: In that scenario the Prime Minister will see what the state of his cabinet is. It may be that some ministers will have lost their seats or a shuffle is in order. Therefore, you might need to put together a new cabinet. Now, legally speaking, nothing changes. You don’t need to be in Parliament to be a cabinet minister, but by convention you should be. So the Prime Minister then starts thinking about what position do I put myself in to have the best cabinet going forward.

Q: What about the prime minister’s dealings with the smaller parties that his governing party might need to win votes in the House, to avoid being defeated on what’s called a confidence question?

A: If they require the support of another party to maintain confidence, then they may enter into negotiations. But they may not choose to go that route, and simply try and govern with another party on an ad hoc basis. So, typically you’ll have the prime minister put together a new cabinet, put together a throne speech, and put the best foot forward. Their negotiations with the smaller parties during that process would be to ensure that the throne speech and subsequent legislation passes, especially the budget.

Q: Is the vote on the throne speech—in which a government sets out its plan for passing new laws—the first time it could be voted down? Or is there a chance for an even earlier confidence vote?

A: The first order of business is getting the Speaker. Then you’re going to have your throne speech. Votes on replies to the throne speech would be considered confidence measures.

Q: Let’s move on to a minority scenario in which the party with the most seats is not the party that held power before the election. What then?

A: A number of considerations have to be taken into account. The first is that the Prime Minister remains in office until he resigns or is dismissed. Much depends on what he says on election night. If he comes out on election night and concedes defeat, he is signalling that he intends to resign. The Governor General will then name [as prime minister designate] the leader of the party with the most seats. That is what customarily we do. But that’s tradition. It reflects our sense of fair play.  But that’s not constitutionally required, and that custom can be set aside depending on the circumstances.

Q: Now we’re getting to the dicey part. In what circumstances might that tradition be set aside?

A: A situation where the seat count is very tight or there’s a strong ideological imperative. The incoming government looks at the state of the Parliament as it’s coming together and realizes that the opposition party with the most seats wouldn’t be able to govern anyway. This is something that would concern the Governor General. If the party with the most seats can’t govern, can’t maintain confidence [in the House], then there’s going to be additional pressure on the incumbent to try and make it work.

Q: But, even in that scenario, wouldn’t it be customary to give the party with the most seats a chance to prove it can with a confidence vote, even if that looks like a long shot?

A: It really depends. Let’s say it’s only a five-seat difference [between the first- and second-place parties], and the party with the second-most seats knows they have the backing of two of the other, smaller parties. Then they may make a decision that they’re going to stay on and they’re going to govern.

Q: Would the Governor General have to make a judgment call on whether or not to allow that?

A: The Governor General would not block the prime minister in this circumstance. The incumbent prime minister is still her prime minister. Nothing has happened that would justify her dismissing him at this stage. He’s just staying on. This is where people get confused. He does not need her permission to test confidence.

Q: What if the party with the most seats is given a chance to try to win a confidence vote on a throne speech, but fails. Let’s say that’s the Conservatives. Does that mean the Liberals would automatically get a chance to form a government, or might there be another election immediately?

A: In that case, the prime minister, in this scenario Andrew Scheer, will typically request a dissolution [forcing another election].  At no point will the Governor General act of her own accord here. Her discretion lies in the following question: Do I now need to find yet another prime minister to make Parliament work, or do I grant the dissolution? This is why if it’s clear that the Conservatives can’t govern even if they have the most seats, a lot of onus falls on Trudeau. He may feel a sense of obligation to try and make Parliament work. The Governor General may encourage him to try, too. Otherwise we may be back in an election scenario.

Q: Can you point a recent precedent where a first minister’s request  for dissolution was rejected?

A:  The last election in British Columbia. Christy Clark’s Liberals are re-elected with a very slight lead in seats. It’s a very tight count. She loses her throne speech [vote in the legislature]. She requests the dissolution and is refused by the lieutenant governor, who calls on NDP Leader John Horgan because an agreement has been reached between the NDP and the Greens.

Q: What about a scenario where more time passes. Let’s say the Conservatives or the Liberals survive a throne speech vote, but fall a few months later on a budget vote. Would there be another election, or would the other party get its chance to govern?

A: The loose rule is six months, give or take.

Q: Up to six months after the last election, if the government falls, the Governor General would tend to look for another party to form a new government rather than dissolve Parliament for an election?

A: That’s just a guidepost. It could be nine months if the Governor General decides the government has been ragging the puck, and there’s clearly a functioning Parliament out there to be had. Let’s say, the Liberals and the NDP could make it work. Therefore, they could be given the chance. But as soon as you start going past the six months then it gets more complicated. There’s a sense at that stage that enough has changed that the electorate should probably have an opportunity to express itself.

Q: There’s a certain fascination in some quarters with the Governor General’s role in these situations. Can you say something about the limits on her leeway?

Q: And just to go back to a delicate scenario, let’s say the Conservatives have the most seats, but not by much, and the Liberals  decide to keep governing, on the grounds that their support from the smaller parties is more obvious. Would that be unusual?

A: It wouldn’t be typical, but it would not be unusual. It would be purely constitutional. And here the Governor General might actually have some concerns. We talk a lot about her formal powers to dismiss and appoint, but the other power she has is to encourage, advise and warn.

Q: What might she want to warn or encourage or advise Trudeau about in that scenario?

A: Her main concern here would be stability. The onus would primarily be on the Prime Minister to decide what is more important to him—the weight of custom and tradition, his own party’s interests or parliamentary stability?

Q:  By ‘custom and tradition,’ do you mean the party that won the most seats—regardless of how narrow that margin might be—is customarily given a chance to try to win the confidence of the House?

A: That custom and tradition begins to fall away the narrower the margin is. A number of commentators have pointed out that they expect that the party with a plurality should form government. But that’s not constitutionally required. That’s just our habit. But the important thing here is that it’s ultimately the prime minister’s call until he formally loses confidence.

Q: And why, again, is it the incumbent prime minister’s call?