John Geddes: His leadership under fire, Scheer says division is weakness—although it's worked for his party in the past 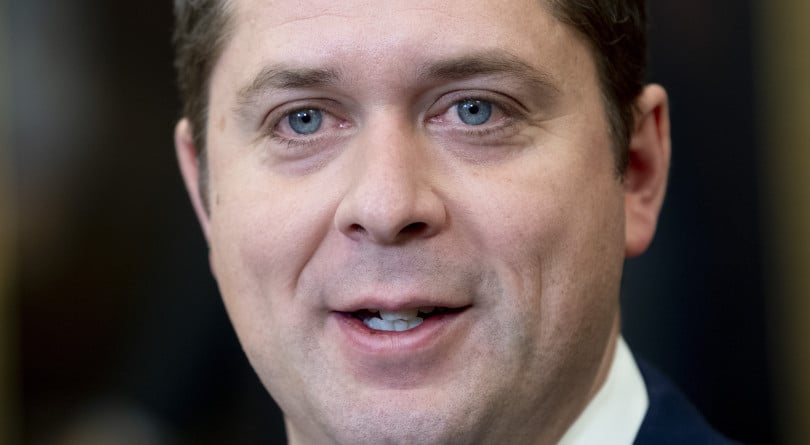 Scheer speaks to the media in the House of Commons foyer on Nov. 28, 2019 (THE CANADIAN PRESS/Adrian Wyld)

Conservative Leader Andrew Scheer is just 40 years old, but when he talks about his party’s proclivity for internecine strife, his tone takes on a seen-it-all, world-weary quality. “Now is not the time for internal divisions or internal party politics,” Scheer said today when asked about increasingly open challenges to his leadership.

No? When is the time, if not after you lose an election that looked winnable?

According to Scheer, party history shows that the aftermath of electoral defeat is pretty much the worst moment to quibble about who gets to be leader. “When you look back at the Conservative movement in Canada,” he told reporters outside the House today, “this is unfortunately part of what happens when we don’t form government.”

It’s true. After Scheer’s hero, John Diefenbaker, was reduced from majority to minority in 1962, and then lost outright in 1963, the Tories were acrimoniously split on his leadership for the next four years. When Joe Clark’s brief run as prime minister ended in 1980, the knives were out and his days were numbered. The old Canadian Alliance splintered following Stockwell Day’s loss in 2000.

Those episodes resulted in Robert Stanfield finishing off Dief in a leadership convention, Brian Mulroney succeeding Joe, and Stephen Harper supplanting Stock. Come to think of it, I doubt many Conservatives wish they’d stayed united behind the loser in any of those cases. After all, Mulroney and Harper went on to win big and rule long, while Stanfield went down in party lore as one of those extravagantly beloved might-have-been figures.

So Scheer might want to ease off on the knowing nods to history if he’s trying to discourage divisions over maybe ditching a leader who just blew it. His case might be stronger, though, if he switched from touting unity for its own sake to proposing patience for the practical purpose of giving him a chance to learn Election 2019’s lessons and adjust.

That was the message behind his main announcement today—naming MP Leona Alleslev, who represents a riding just north of Toronto, as his deputy leader. She crossed the floor from the Liberals to the Conservatives during the last parliament, a defection Scheer took some personal credit for today by asserting that “she believed in my vision, and the Conservative vision, for Canada.”

Beyond boasting a bit, Scheer made much of the sort of seat Allesley holds. Aurora-Oak Ridges-Richmond Hill is one of those Greater Toronto Area constituencies that the Conservatives won disastrously few of this fall. “She represents a diverse, GTA riding, and I will depend on her to help hold the government to account while I’m on the road, and to help expand our party in Ontario,” Scheer said.

He will have to show a plausible roadmap to that expansion before April, when Conservative delegates will vote on his leadership at a convention in Toronto. Under the party’s constitution, he needs just a bare majority to cling to the job. In fact, he’ll need to do much better than that to remain leader, although Scheer repeatedly dodged reporters’ questions today about what he thinks is the real threshold for staying on.

Finding a way for Conservatives to win in Ontario, especially those suburban seats around Toronto, is universally acknowledged as Scheer’s toughest challenge, followed closely by needing to do better around Vancouver and in Quebec. Scheer says sweepingly that he’s looking at what must be done “as it relates to me personally, but also our campaign, our strategy, our message and our platform.”

Of course, campaigns and strategies, messages and platforms, are all endlessly malleable. Leaders tend to hold their shape. When they do manage to go from losing to winning, it’s less because they changed, and more because voters came around to what they’d been all along, or simply decided they were better than the alternative put up by the other party.

Could Scheer be that guy voters come around to, or prefer to a rival (presumably Justin Trudeau again) they’ve soured on? The answer might depend on what aspect of Scheer’s persona is seen as deficient. Lisa Raitt voiced one theory this week. “He’s soft-spoken,” the defeated former Ontario Conservative MP said at University of Toronto, “and he tries to do what’s right in his world, and as a result of not being the ‘strong man,’ he’s being punished.”

Weakness, framed that way, isn’t really weakness. Scheer might well work his flexible, understated quality to political advantage. But perhaps what voters actually detect is the opposite quality. Scheer’s widely criticized inability during the campaign to offer anything beyond defensive talking points on same-sex marriage and abortion came off as hidebound rigidity.

It’s hard to imagine Scheer, a devout Catholic, changing his tone markedly on those issues. Still, there are other ways to show off a more pliable, diplomatic, adaptive side. His first chance comes this Friday evening, when Scheer is slated to address the annual meeting of Alberta’s ruling United Conservative Party.

The mood in Alberta is ornery. Premier Jason Kenney is playing to the prevailing sentiment—Trudeau has done the province’s oil patch wrong—for all he’s worth. The easiest tack for Scheer, whose federal Conservatives cleaned up in Alberta and Saskatchewan on Oct. 21, would be to just echo that aggrieved sentiment and let the balm of applause wash over his election wounds.

But back in, say, Aurora-Oak Ridges-Richmond Hill—or anywhere else in the diverse GTA, and beyond, where Scheer declared today that he aims to expand—a message purpose-built for Alberta won’t go over well. Scheer needs to find a way to start sounding like he might be first-tier builder of national consensus—something closer to the guy Raitt suggests he is—and not a second-tier voice for a regional sensibility. Otherwise, his allusions to his party’s penchant for in-fighting over leadership might start sounding to more Conservatives like a way forward rather than a warning.