Anne Kingston: Enlisting the longtime Liberal party loyalist as a 'change-maker' offers yet another example of a government losing its optics mojo 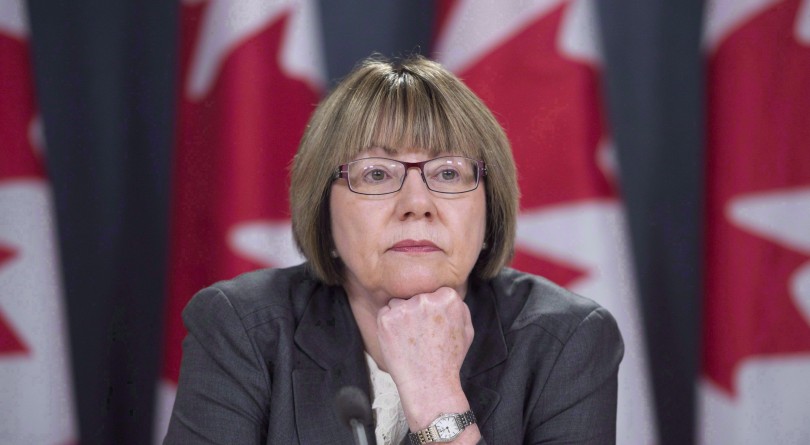 Anne McLellan, leader of the federal task force on marijuana, listens to a question during a news conference in Ottawa on December 13, 2016. (THE CANADIAN PRESS/Adrian Wyld)

This week’s appointment of former Liberal cabinet minister Anne McLellan as a “special advisor” to the Prime Minister continues the government’s bumbling campaign to wrest control of the SNC-Lavalin narrative so they can bury it six-feet under. Here, it appears, the goal is to magically switch the SNC-Lavalin conversation from discussion of political interference in the justice system to a topic destined to make people doze off: analysis of the “operating policies and practices across the cabinet, and the role of public servants and political staff in their interactions with the Minister of Justice and Attorney General of Canada,” to quote the PMO press release.

Enlisting the longtime Liberal party loyalist as a “change-maker,” however, offers yet another example of a government once famed for its finesse controlling imagery losing its optics mojo. Anyone following the SNC-Lavalin scandal or controversy or whatever you want to call it knows the problem isn’t “operating policies and practices across the cabinet.” In fact, if there’s one thing both sides do agree on, it’s that systems, or “Canadian’s confidence in their institutions,” weren’t the problem laid bare by the SNC-Lavalin conflict: the problem was the behaviour of the people running them. Wilson-Raybould testified that she faced inappropriate political pressure and interference in her role as attorney general from several people, some of whom have resigned. The government framed the problem as an interpersonal communications breakdown—an “erosion of trust” or the “two people can experience the same event differently” boilerplate that’s become a Trudeau-government mantra. In this context, analyzing operating policies and practices is a bit like obsessing about a car’s brakes after a collision caused by human error.

That said, reviewing a system in place since Confederation is not a bad idea. Wilson-Raybould herself recommended that the justice committee look into bifurcating the attorney general and justice minister roles. But it’s off topic. Dividing the roles also wouldn’t preclude any government that didn’t respect the rule of law from pressuring an attorney general.

The choice of McLellan, now senior counsel at the Edmonton-based law firm Bennett Jones LLP, comes with its own optics challenges. The former law professor and politician, who served 13 years in governments headed by Jean Chrétien and Paul Martin, is respected, a staple on boards and task forces. But bringing in an active Liberal fundraiser as an “independent” adjudicator is a dissonant choice for a government that needs to distance itself from charges of partisan politics.  McLellan has also been associated with the Pierre Elliot Trudeau Foundation, where she served as a mentor. The PMO press release notes that McLellan’s former roles as justice minister and attorney general, as well as deputy prime minister, make her “uniquely suited for this role.” But insider familiarity with a system doesn’t make one an objective critic of said system. Arguably, the reverse can be true: no one is exempt from unconscious biases, among them affinity bias and conformity bias.

McLellan’s arrival also signals willingness to take advice from the Liberal old guard, the very scandal-prone establishment the Trudeau government defined itself against in terms of bringing new transparency, accountability, and a decentralized PMO. But McLellan, deputy PM during the Liberals’ “sponsorship scandal,” was also front and centre after the Liberals’ federal defeat in 2006 when the party needed regeneration. She and John Manley, Chrétien’s former right hand, co-chaired a conference at Mont Tremblant in June 2006 that marked the founding of the Canada 2020 think tank. Attendees included Justin Trudeau. Eight months later, Trudeau entered politics, announcing his run for a Montreal riding; five years after that, he was party leader.

Those with longer memories will also recall McLellan’s last federal assignment—chairing the 2016 task force advising the government on how to move forward with its plan to legalize marijuana—triggered its own controversy: conflict-of-interest charges involving business and government, the gist of the SNC-Lavalin case. At the time, concerns were raised that McLellan was potentially shaping legislation that could benefit her employer, Bennett Jones, which marketed itself as an advisor to companies in the cannabis sector; unearthed securities documents listed at least 15 of its employees having been issued several hundred thousand of shares in a company the firm advised, which was positioned to profit from legalization (McLellan’s name was not listed among them).

Drug-policy expert Michael DeVillaer, an assistant professor of psychiatry and behavioural neurosciences at McMaster University, took issue with McLellan heading the task force in a 2017 paper, “Cannabis Law Reform in Canada: Pretense & Perils, which raised concerns about the integrity of the process: “… the broader entanglement of interests among Canada’s current ruling party, at least one major cannabis producer, and a prestigious law firm connected to both, and of the cannabis producer’s business relationship with criminal elements in the U.S., may nonetheless pose a credibility risk. It may threaten the confidence that at least some public health advocates and the general public will have in the integrity of a process meant to ensure a public health priority in cannabis law reform.”

After the task force wrapped in December 2016, McLellan also came under fire for speaking about her government work at industry-sponsored events across Canada. She saw no problem with her dual role working for a firm that advises and invests in the marijuana industry while speaking about past task force work, McLellan told the Globe and Mail: “When I do these speaking engagements, I do so in my role as the former chair of the task force. I’m not there as senior adviser at the law firm of Bennett Jones LLP.”

McLellan’s new assignment is unpaid (her expenses will be covered), a Privy Council Office spokeswoman tells Maclean’s. She is expected to deliver her “independent recommendations” by the end of June. If all goes to government plan, by then no one will even remember why she was appointed.